Any hints to feeling them out?

I have to say this set above most others recently I felt was more difficult than most. Partly because they all have the extra 2x flat with central circle to attach the small clear…what felt like a spike so the figs look like they are flying,

Also, quite a few are bagged in the bag, I think they were Batman (feel for the cowl), Batmite (feel for the cowl, short legs, and Detective Comics), Huntress maybe and Wonder Woman,
Now WW was easy because the of skirt and the lasso.
Stargirl is easier because of the staff part of the cosmic rod.
GL and Sinestro, you need to feel for Sinestro’s hair. Otherwise feel for the lanterns.
Aquaman feel for his hair and especially the fish.
Cheetah, feel for the ears on her cowl, the tail, and the money bag… the money bag helped me.
Superman’s Daily Planet is square vs Batmite’s Detective Comics.
Cyborg, hm… well the chain and his head piece which has an odd shape covering half his face.
Huntress it was her crossbow I felt.
Metomorpho, it was his “large hand”.
Joker, feel for the cotton candy,
Bumblebee, feel for the wings.
The Flash, it was his helmet
Mister Miracle, it was the chain and the handcuffs… just he chain is probably Cyborg too.

I think that is something for each of the 16.

Again I was thrown off at first by each having the extra two pieces which make them “fly”.

I also frequent a Lego fan site, https://www.thebrickfan.com/. Here is a list for the breakdown of figs per box I found on their site.

Which they got from a site called Brickset.

I love these things. If I can get enough pieces and my some of my sister’s sets, maybe I can do a photo or something with these figures. I did one a few years ago with my Superman and a Flash custom (along with some other customs) People seemed to like it. 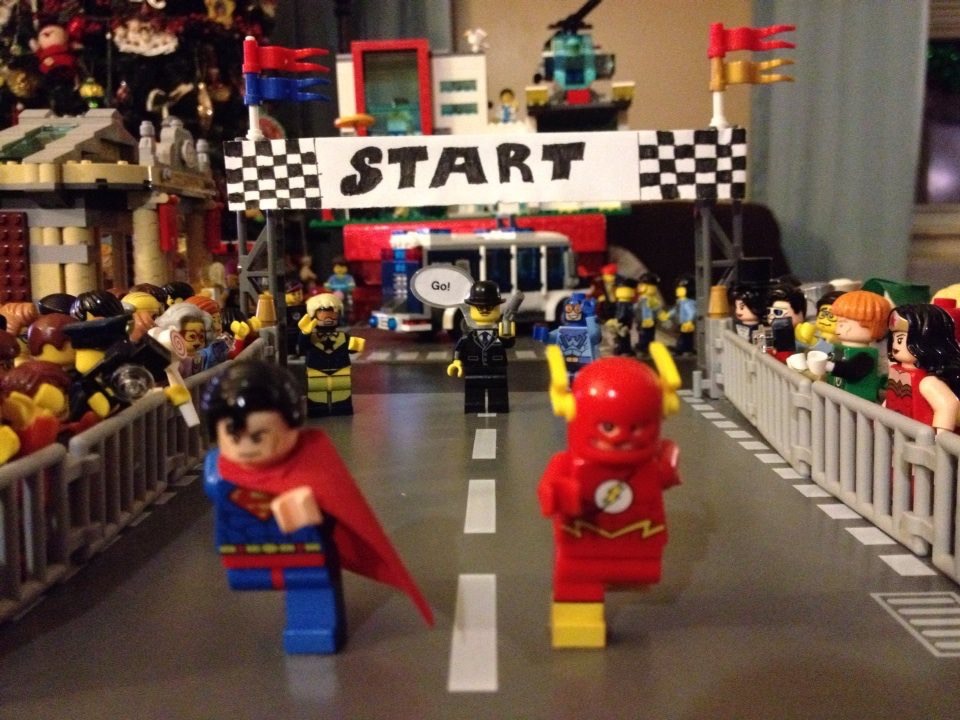 Thank you! That’s why I get so excited when we get these new minfigures. The possibilities are endless.

Plus…while I still love getting customs online and conventions, it is cool to have an official release for Jay Garrick and Stargirl. I’d be lying if I said that Metamorpho didn’t interest me.

I feel the same, while customs are cool and all but if there is something official, affordable, and I can find it I like to get it.

I am loving that Simon Baz

I’ve bought 8 blind bags and am a little disappointed if I’m being perfectly honest. I got them from two separate locations so that may have been a big factor, but so far I’ve only managed to snag a Bat-mite, a Bumblebee, 2 Sinestro, and 4 Aquamans. I like having one of each, but if I open another Aquaman I’m going to lose it.

I’ve got all three so far 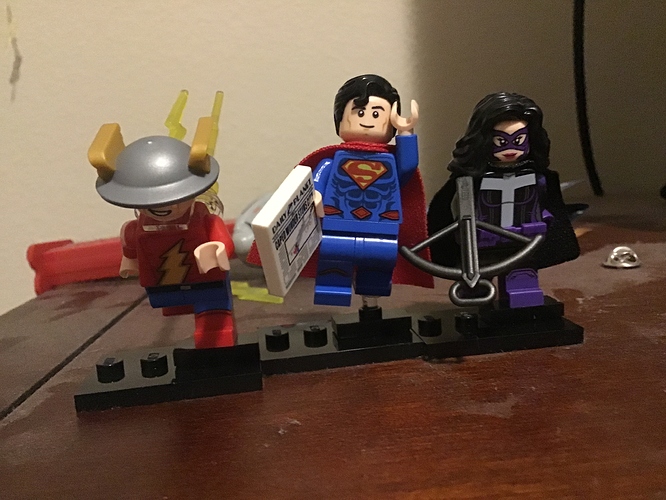 Very cool! I’m tempted to go after these… I like to collect things, but my budget is weird, hahaha!

Hopefully these will sell well, would love to see more waves.