My Idea for How to Fix the Toyman 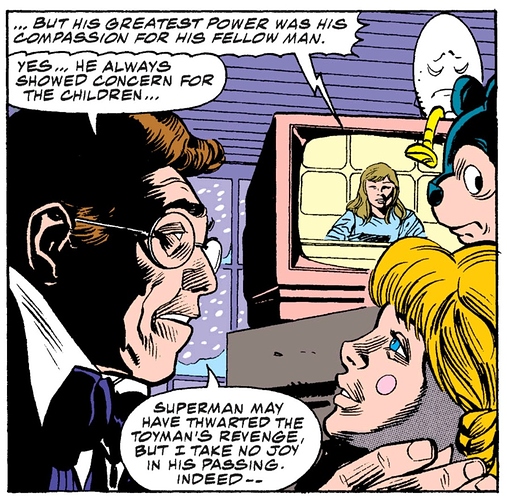 I have been doing a re-read of Death, Funeral for a Friend, and Return. When I saw that Toyman panel I was way too happy. There was a lot of sadness in that book and the surrounding books in that story but Toyman’s statement and appearance seemed to help just a little. 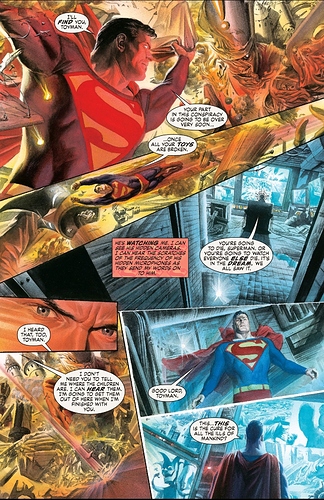 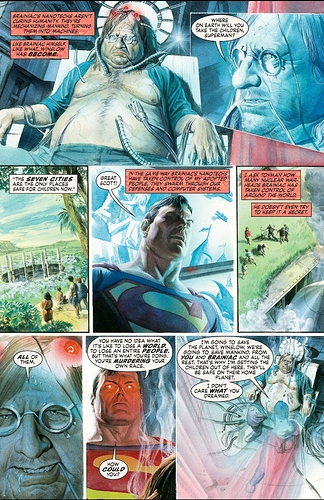 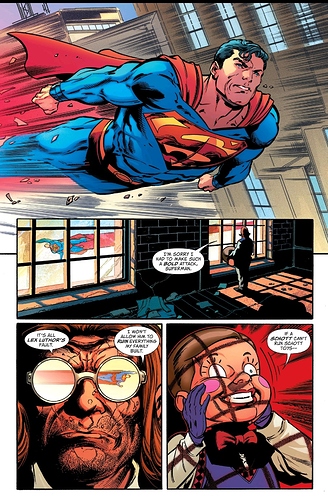 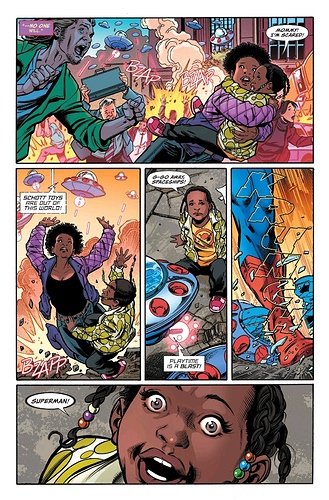 But how was the issue itself?

Seconded, that was a great issue and the entire series has been excellent. It reminds me of the 80s or early 90s Superman stories while incorporating modern Superman. 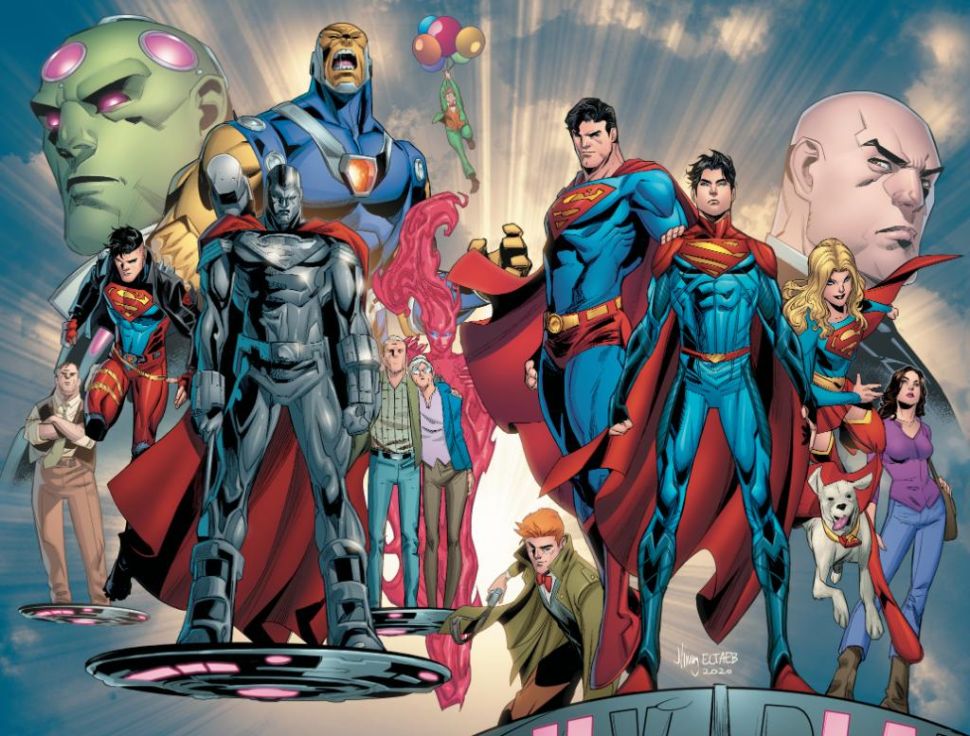 Toyman or the Prankster… ?

What did you think of Toyman on Smallville? He was really creepy and very good villian.

It wasn’t bad at all. My only issue is when they cast just a regular guy to play him. I get that it saves $$ on your shows budget, but after seeing him on Superman the Animated Series or Alex Ross’s version in Justice, I prefer seeing him with a cold, lifeless, emotionless face.

They could pull this off pretty easily- here’s a mask I made for Halloween some years back: 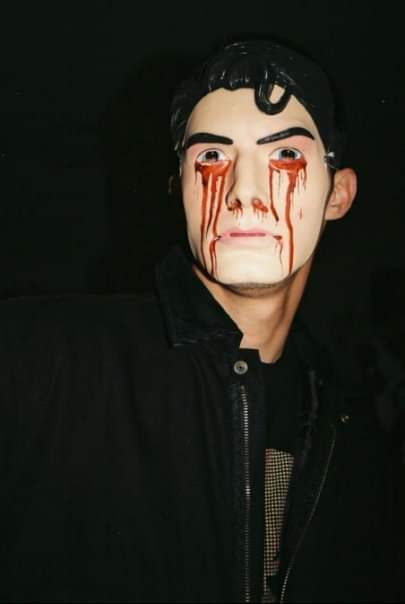 Um excuse me sir, but his name is “PRANKSTER”

Is that you? Holy crap that’s creepy man. It gives me Mike Myers vibe.

Um excuse me sir, but his name is “PRANKSTER”

I really did write Trickster…

starts his walk of shame This is your walk of shame^

Screenshot_20210113-095523_DC Universe1080×272 108 KB
There’s nothing quite like the feeling of a new action figure. Sealed in cardboard and plastic and as perfect as it will ever be. Walking down the toy aisle at our local toy store was to walk through my own imagination come to life. A world of endless possibilities, where anything and everything was there in unopened packages waiting for me to bring them to life. 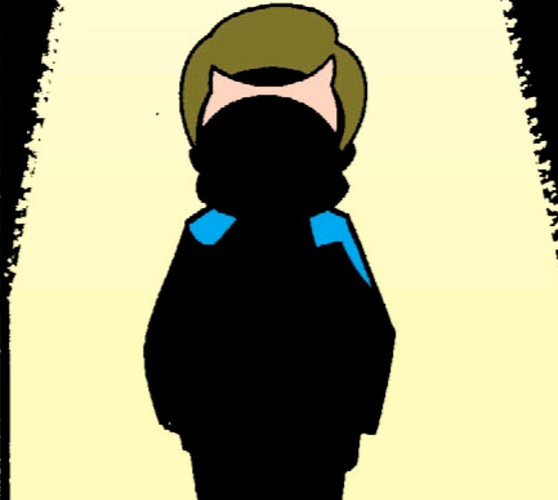 Screenshot_20210113-095942_DC Universe1080×967 50.1 KB
I was an exceptionally smart young man, from the time I first picked up a book and on through till the end of my school days. The sad truth about being smarter than those around you is that it isolates you. Intelligence is like a pyramid- those at the bottom will find an endless amount of equal minded playmates and peers. Those at the top will sit unaccompanied, looking down on the masses, judging from afar and wishing with every ounce of their being to be one of them. My peers simply couldn’t relate to me, as I couldn’t relate to them. But I always had my toys, the world I could control and never be excluded from… 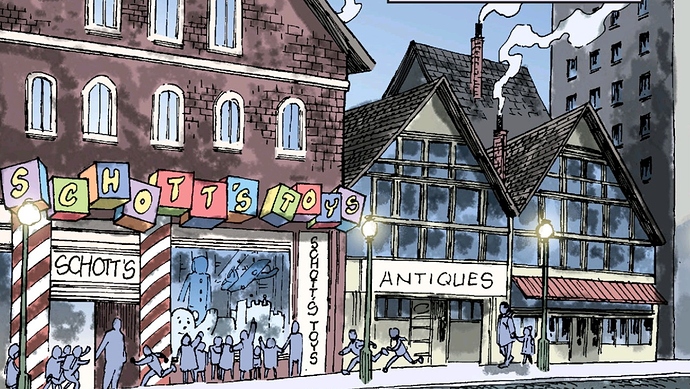 Screenshot_20210113-100145_DC Universe1379×778 359 KB
Toys were the family business. My father made toys, and his father before him. My career path was laid out in front of me before I’d ever taken my first steps. But in truth, I would have chosen it even if it hadn’t already been chosen for me.

Screenshot_20210113-100901_DC Universe1080×512 122 KB
With my intellect being what it was, I could have picked any field. I chose robotics (robots were always my favorite toys). I worked with and learned from the best names in the business, names that were revoltunizing what could be done in the industry. Names like Thomas Oscar Morrow. Will Magnus. Anthony Ivo. Niles Caulder. Lex Luthor. I took what I learned back to Schott Toys, the small toy store my family ran, with the intent to change the business. To make the most fantastic toys anyone had ever seen. 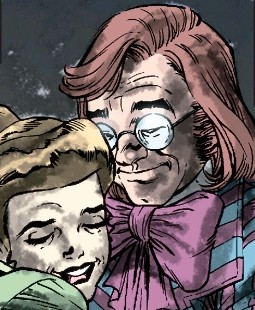 That’s where I met her, my Mary.
In one of my family’s toy stores. She was looking for gift for her niece, and asked for my advice. I had to catch my breath, and focus on my words- she was the most beautiful woman I’d ever seen and her smile took my breath away.

Screenshot_20210113-135936_DC Universe1080×477 81.9 KB
I was in love right away. She didn’t fall as fast, but in time she fell regardless. We were so in love, my Mary and I. She took a job in marketing, helping bring attention to my father’s store, expanding us into more and more states and eventually even other countries. I had the opportunity to rise within the company, but I could never stomach a desk job. My joy was in creating, designing, building. 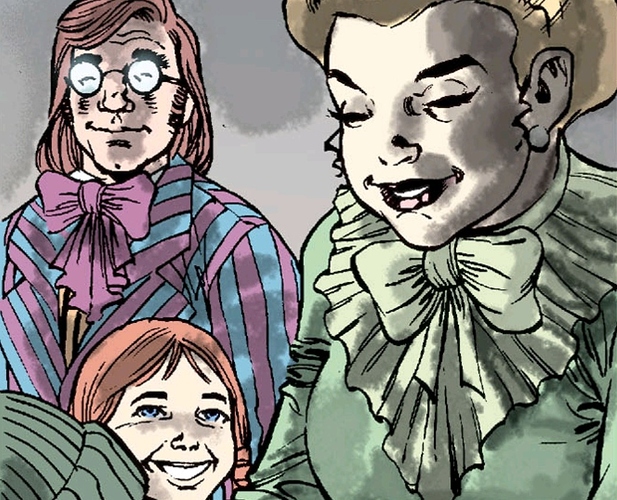 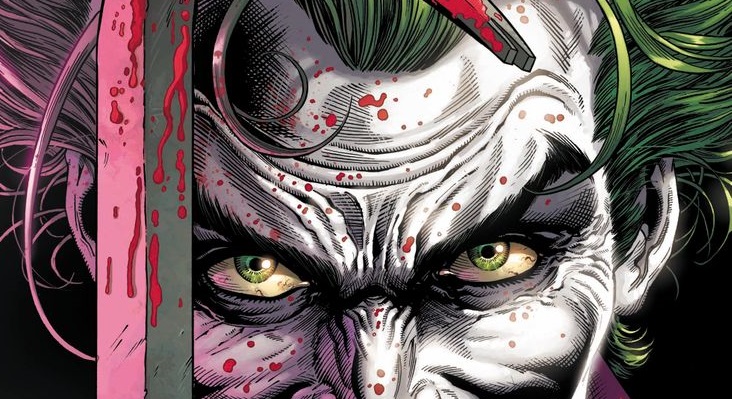 z732×399 148 KB
The Joker told me a story once. After he’d told his father that he wanted to be a comedian, his father smiled and said “I’ll make you a deal- if you can make me laugh before I finish my beer, I’ll buy you a new suit and help you get started. But if you don’t, I’ll smash this bottle over your head…”

My father was nothing like that, and I knew I wouldn’t be either. I was overjoyed to hear the news. 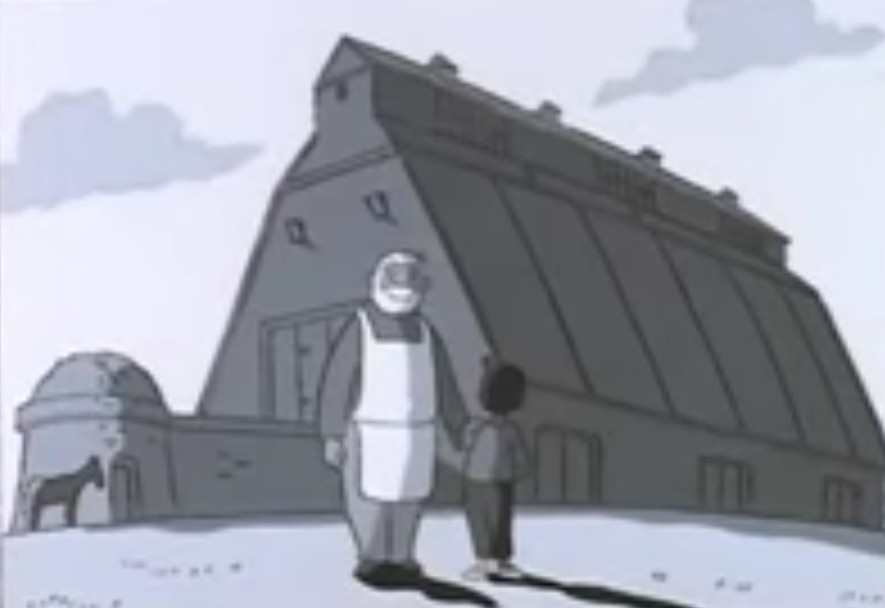 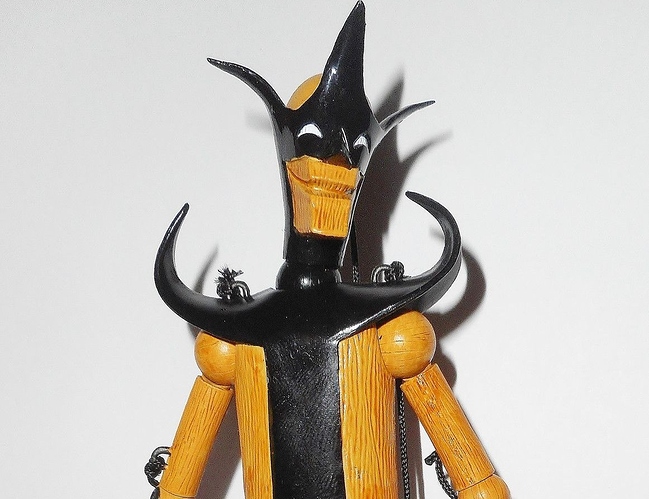 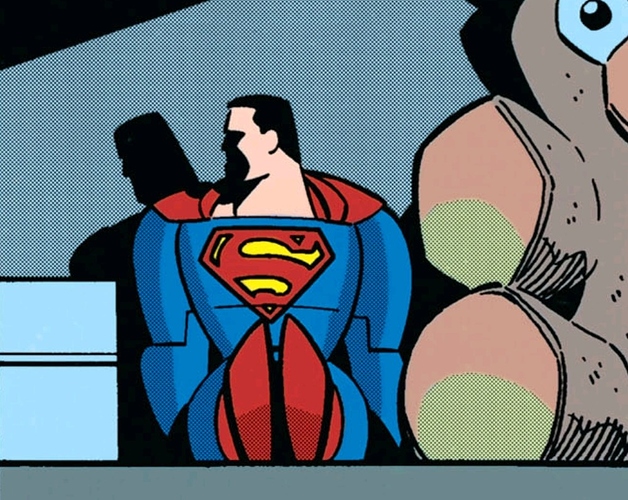 Screenshot_20210113-195454_DC Universe999×795 199 KB
On his 4th birthday, I was nearly as excited as he for his coming party. Watching him open new toys, especially toys that I had a hand in creating brought a level of excitement thats hard to put into words.
He had begged and pleaded for one of the newest Schott Toys, a robotic Superman that I designed. I voiced my concerns to corporate that it wasn’t safe yet to be sold to the masses, but they assured me that my concerns were unfounded. The toy was rushed into production to be ready for Christmas that year. Mary felt it may be too advanced for one so young as our Junior, but with assurances of it’s safety from my very own company, I relented. The look of sheer joy on his face when he opened the present that day is one I’ll never forget.

The next morning, I didn’t hear the normal commotion coming from his room, so I went to wake him. The terror I felt in my heart when I saw our hallway filled with smoke… 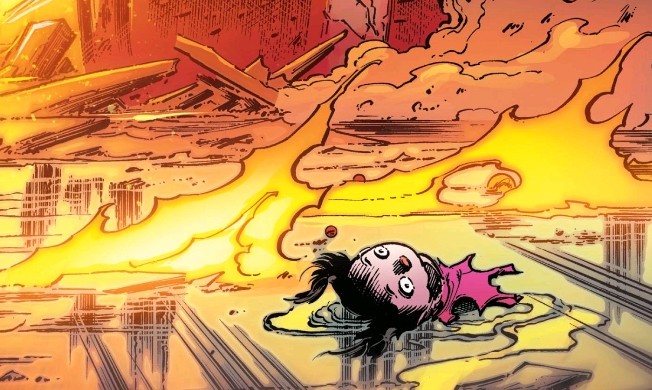 The toy had overheated in the night and started the fire. He was already pale and cold to the touch when I made it to him. I thought seriously about staying there and letting the fire consume me, but a rage built inside me as my mind began to break.

They knew the toy wasn’t safe- I told them so, but they sold it regardless. And I was foolish enough to trust them. 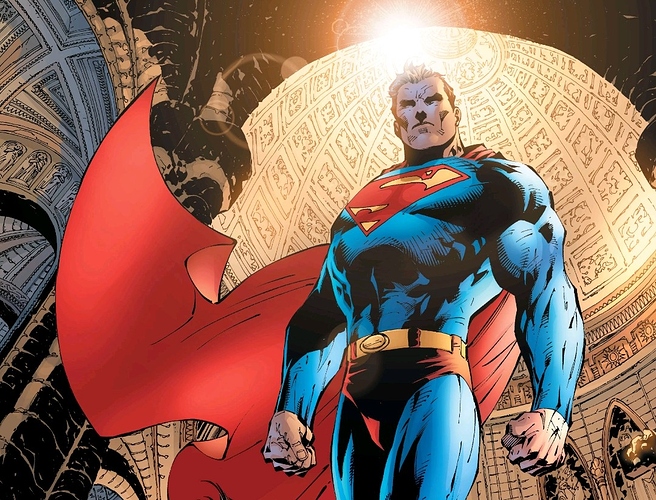 Screenshot_20210113-200512_DC Universe1080×823 313 KB
We live in a world that was forever changed with the arrival of the metahuman. The Superman. We no longer needed to look to the stars and wonder if we were alone in the universe. When we looked up in the sky, the alien looked back down on us and erased all doubt. A living, breathing action hero promising to look after us all. To save everyone. 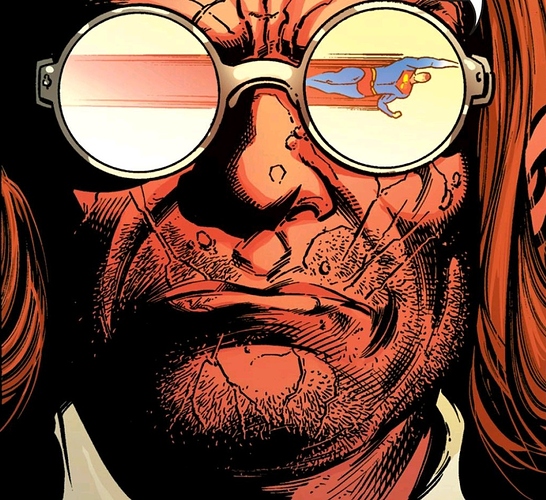