Thanks as always
-Nathan.Payson (Your friendly neighborhood reporter!) 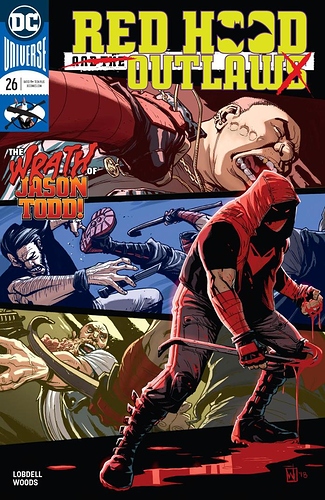 I’m in on the Golden Age Superman

Nathan I’m enjoying commenting on the comics as I read them on this thread. That way your thread has two purposes, you don’t need to bother with probing questions, and I guess you’ll have more comments.

Somehow I’ll find time to read from a year ago Detective Comics, The Flash, Supergirl and Superman. Also, like msgtv, I’ll have to check out the Golden age Superman along with the 60s Detective Comics 325.

What do you mean by Phase 2?

Rebirth has two phases. I unofficially call them Phase 1 and 2. Phase 1 is what rebirth is at the start. Phase 2 starts with the Summer of Events. Afterwords, everything quietly got new creative teams and directions. Bendis joining, The end of the Wedding, Aquaman coming to an end, Snyder’s Justice League run. I realized that it mad a lot of sense to break it up into two different phases. Of course, most titles have made the jump at this point. Only a couple stranglers are wrapping up their runs or prepping to begin a BOLD new direction. (For example Red Hood: Outlaw)

Does that make sense?

I’m reading basically everything this week…

Nice now that’s what I call getting your money’s worth!!!

My New to DCU pull list. I keep trying out stuff that I did not read when it hit the stands a year ago, and loving most of it. This is why I’ve been waiting for a service like this for years!

Not sure if you noticed, but House of Whispers is on here now.

1:40 pm EDT, still no sign of the newly-digitized older DC comics for this week. There is a nice listing of what was posted in News today, and it even includes 2 comics not listed here, Jimmy O and Lois L! Here are the links to the newly-digitized to hold us over until if/ when they are noted on the “new to DC” area in Comic Books…

So, Jim, bud, uh…what are you wearing pal? 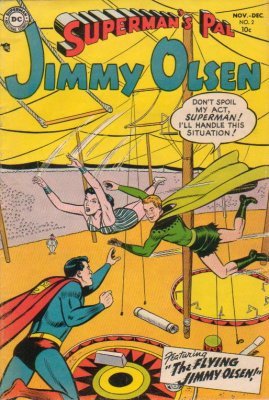 Superman’s Pal, Jimmy Olsen (1954-1974) #2 also reminds all of us why we should always think twice before wearing suspenders in public! 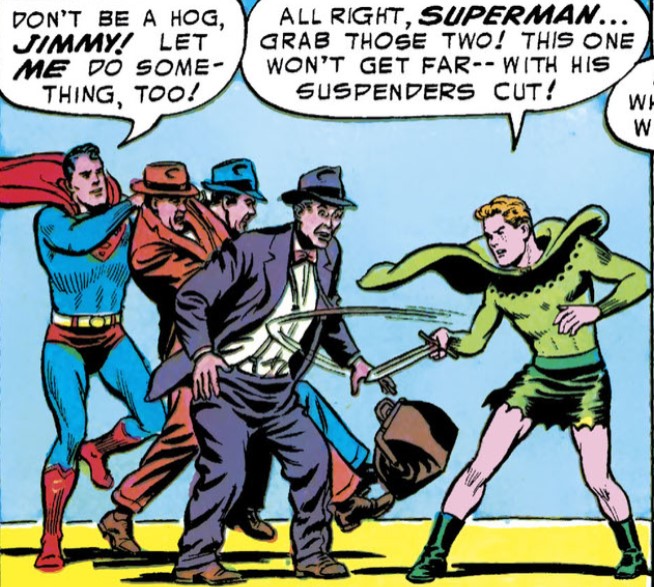 Is the Bendis Superman run on here yet? I am interested in reading that.

Never mind, just looked it up.

Superman (2018) #3, Bendis …not much happens here, it kind of is in slow-mo. The cover is false advertising as there is no fight or even direct interaction between Superman and the villain Rogol Zaar.

I was okay with reading it but frankly I just felt like somebody was giving me a tour of the DC universe I didn’t ask for, give me something to do while the main course was still cooking in the kitchen.

I have bad allergies this time of year which involves breathing difficulty at times, so seeing everybody being poisoned by the atmosphere , yikes, I really want this to be resolved quickly… Oh well.

“I’m sorry mr. Bendus but we have to suspend your writing license for writing plots that move too slow…”

I finished EVERYTHING on my list AND read house of whispers. Man I live DCU…

Amazing pal! Great news the newly digitized older stuff is now in the new to DCU area on the comic section!!!

Someone who sure looks and has the powers of Superman courts and marries someone who sure looks like Lois Lane, and they have kids…and the cover and comic repeatedly tell us “not an imaginary story.” So what gives? Oh, it’s a clever story and nicely embedded in the culture and Superman mythos of the time (1959, just prior to what is considered the Silver Age of Superman). Edmond Hamilton wrote this (pulp sci fi writer, “Star Kings” etc), and drawn by the very capable Kurt Schaffenberger!

A fun romp, very typical of the imaginary stories of the late 50s-early '60s, but this time truly not imaginary!

Well, on the cusp of the Superman Silver Age…