Here we can discuss what we all loved(or didn’t love) about Swamp Thing!! I loved almost everything about it and how in the future it would’ve lead to Justice League Dark!!(Zatanna, John Constantine and more) So what I do is try and binge Swamp Thing as much as possible to TRY and bring it back into the Green!! It worked for Young Justice and it can work for Swamp Thing if we show them that we want more Swamp Thing, More Horror Material, More Mystery, More of the dabbler in the Dark Arts(at some point) and more Magic!! My favorite topic when it comes to DC is the unexplained, the magic, the supernatural and the horror!! So JOIN me and let’s try and be one with THE GREEN!!! 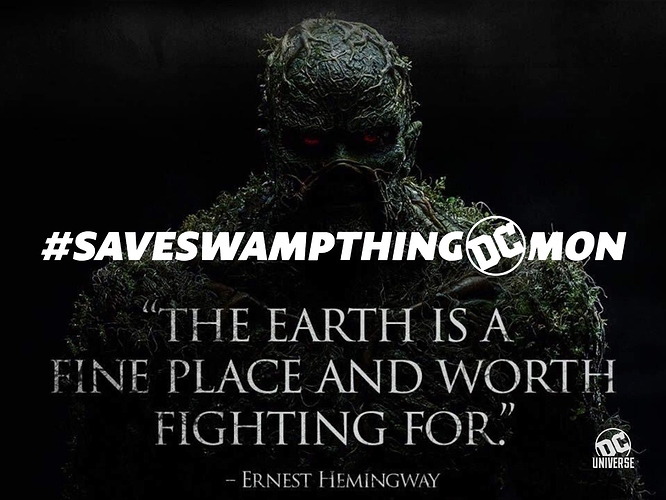 Canceling the only series I joined DCU for = cancel subscription

The decision to cancel Swamp Thing is the first real misstep for the DC Universe streaming service. The show was absolutely fantastic and it appears would have evolved to include many characters from the magical side of things, ultimately leading to some version of the Justice League Dark.
Fans and critics loved the show and we really haven’t been given a credible reason for the cancellation. Unfortunate. I love the service and DC comics, I hate the decision to cancel Swamp Thing. Excellent show!!! Great cast!!! Save Swamp Thing, please.

Swamp Thing has been my favorite DC property for years, and when I heard they were giving it an honest go I was floored, and ready to shell out my money. I was devastated when I found out it was cancelled after the first episode aired. This is what drew me to doling out my hard earned cash, Swampy given the series he deserves. #SaveSwampThing.

Not sure if anyone else posted this already, Amazon Prime UK acquired the rights to distribute Swamp Thing and it premiered in October. Could Amazon be interested in continuing the series? I’d like to know how the show has been doing in regards to views.

that Amazon would pick it up. Sure, it wouldn’t be on DCU but being able to see more of this world would be rad!
#SaveSwampThing

Swamp Thing had a great start and with the right direction it could branch out to amazing things!

I feel this pun was intended! 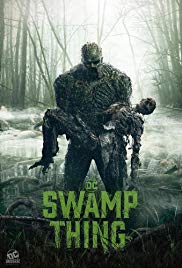 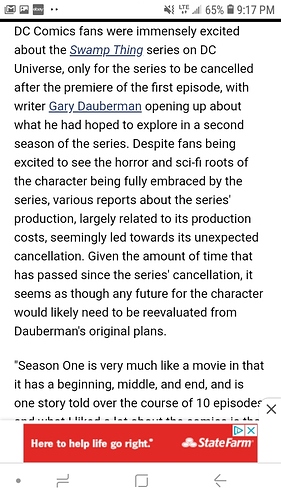 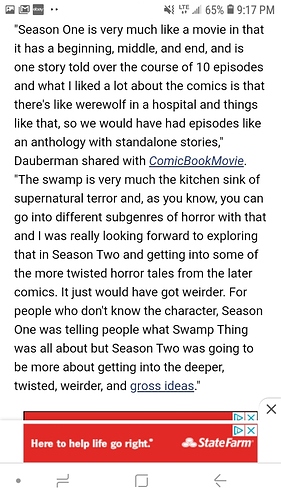 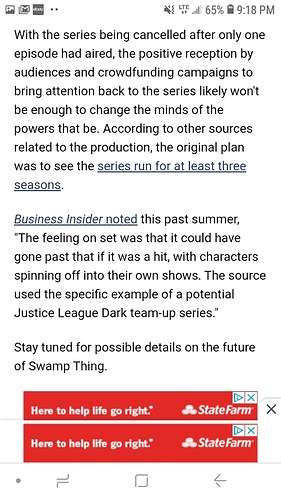 What do they need to do a season 2 exactly?

Man idk. I really wish they could renew it but seems less likely with each day that passes. #saveswampthing

This series in my opinion had the most promise I’ve seen for a series in a long time. I binged it knowing it would only be one season long. At the end I wish that wasn’t the case, especially with the end credit scene of Woodrough being transformed. This series was simply amazing from beginning to end, and had so many possibilities. There are still so many questions, and tragically there will never be answers in this form again. I just don’t understand why DC would spend so much money to create this and then cease production, and cancel it before any fans had a chance to voice an opinion.

I can only surmise that DC is hemorrhaging cash that it doesn’t truly have at the moment. I suppose they hoped that this format would take off more successfully than it has. While I do believe there are quite a few viewers, and subscribers, I don’t think it’s enough for them to continue to make new content that’s costing more than it takes to keep things going, so to speak. I think DC is at risk of losing itself and being bought by a larger, more successful company, and while nothing of this scenario has been put out publicly, I do believe this is the case.

So I just finished season one of SwampThing. And I was like " yeah I hope season 2 is coming out soon" so I google it only to find. That it’s been canceled. I really hope they end up bringing swampy back! I understand dc has their reasons but please DC dont do us like that! #saveswampthing

Not to rain on anyone’s parade but I didn’t see what was so great about this series. Thought it was a bit too slow and meandering for my tastes.

We just finished watching Swamp Thing today. It’s so disheartening we won’t have another season to continue these characters’ journeys. It was a truly unique and magical experience, with the entire cast providing deep and emotional performances.

I hope that the future brings more opportunities for Swamp Thing (especially being so widely well received) and I look forward to seeing him again. 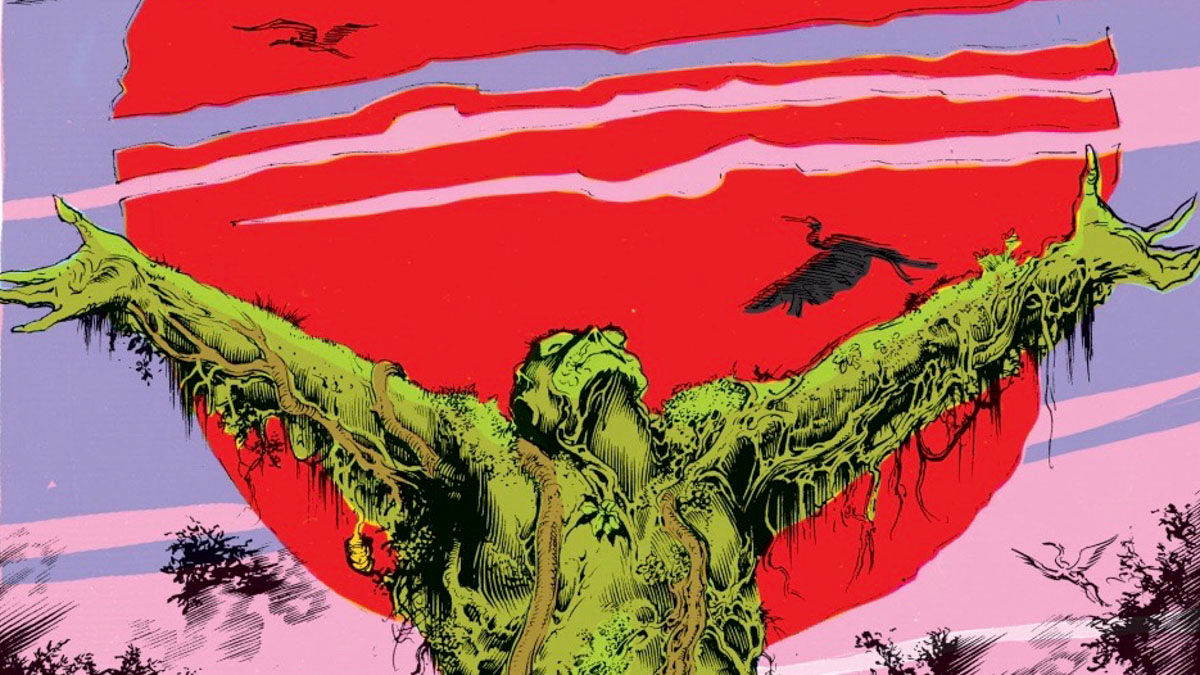 Just watched the series! It’s probably been stated before, but wow! Why did it get canceled? Its amazing!

As far as I know, the causes for Swamp Thing’s cancellation are still sort of up in the air. In a vague way, we know that it had something to do with the show’s budget. It cost over 80 million to make, and they ended up having to cut the season short because they ran out of money. It was leaked that the show was cancelled the day after it’s premiere which was unfortunate timing, but it didn’t seem like there was anything that could be done. There’s been a lot of movements to save Swamp Thing, but it’s unlikely they will considering they’ve already torn down the sets (which were quite an investment, and would be a burden to recreate for another season) and there’s kind of a pandemic going on right now. We can always hope, though