Poll: Which TV Series Do You Like The Most?

Out Of The Below Options, Which TV Series Do You Enjoy The Most?

Gotham and Watchmen are a close 2nd and 3rd for me

The only one of these shows I felt motivated to finish was Constantine, so I guess I have to say that one.

Why do you have to make me choose

S1 of CW Flash is my favorite single season, but if we’re talking enjoyment over the whole series, then Batman 66 takes the cake!

Very hard. But Gotham won me. My Bat bias kicked in.

I love Gotham so much… I almost voted for flash, but I just had to go with Gotham… two shows that really helped bring me in… this is so gosh darn hard lol.

Definitely a hard choice. There all so good​

Stargirl has been good so far too, but it’s only just started…

True. Really wonder how they’ll do Eclipso next season.

Here is a question why wasn’t Smallville or Lois and Clark New adventure of Superman on the list?

I was torn between Titans and Stargirl… but you see… only one of those shows has my beloved Jaybird, so I had to go with Titans (though I really really love Stargirl too)

ing all of these shows (especially Doom Patrol) but Titans is my jiggity jam cuz I luv the comic and also cuz my second fave DC superhero of all time is in it so, yep- I super duper dig it. 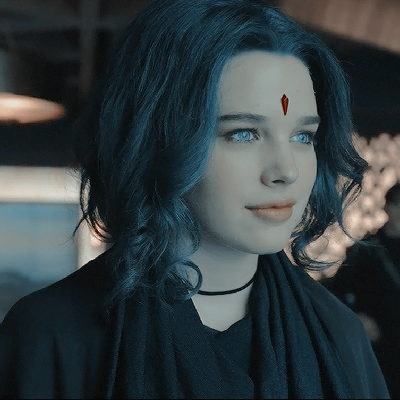 Gotta echo @jsmsiggy: Why weren’t Smallville and Lois and Clark not represented in the poll? I voted for The Adventures of Superman, but any DC TV poll that leaves out Tom Welling, Dean Cain, and–did you just arrive on this planet?–Teri Hatcher is
woefully incomplete.

I like all of them, including, that hilarious animated Harley Quinn series and that epic live-action Titans show. Both of them are my most favorite shows, next to Teen Titans and Teen Titans Go!. Also they could also make some little interesting shorts about Teen Titans Go!, where the Titans are seen doing crazy shenanigans, giving DC Universe a bit a la Disney +, but better, I really love DC Universe, Cartoon Network, Nickelodeon, Netflix, and Hulu, sometime more than Disney +.

Tough call, especially between the classics and and all the DC Universe Originals.

So Doom Patrol will always be my heart’s number one, but I voted for Swamp Thing. This show is a work of art and deserves to be brought back.

So many tough choices. As the leader of the Legendary Island of Misfits, I had to vote for my wacky dysfunctional family. However, Stargirl was great as a show that hit all the comic book notes but with depth and characterization I hardly see. I enjoyed tuning in each week.

I’m sorry, I didn’t mean to leave them off on purpose. My bad.

Hey, @bigblock66, no need to apologize. I consistently leave the shopping list at home. I’m just a huge fan of Teri Hatcher so I get a little meshuga when she’s left out of any live-action DC discussion. Like why the heck wasn’t she–and Dean Cain–in the Arrowverse Crisis?!! I think I need help.