Those Batman Forever Cosbabies are mighty tempting, but I’ll pass. Now, if they do Chase and the Two-Face goons, then we might start talking turkey.

Also, what’s the deal with Batman holding a riddle? The Pop of Batman was holding one too. Bruce only held riddles when he was out of his suit (and the main one at that), so why not give the sonar suit Cosbaby something else, something more accurate? Clip-on sonar suit eye-pieces would have been nifty.

Seems that everybody is jumping to cash in on the craze that Funko Pop started with stylized cartoonish vinyl figures. Hot Toys with Cosbaby, Iron Studios with Mini Co, Mezco with Mez-itz and Designer Series, even DST with Vinimates (or did that predate Funko?). I’ll dabble just a teensy bit for fun, but there’s just so much out there and they all start looking the same after while.

Speaking of Funko. I wish I had room for this. Almost picked it up from Gamestop the other day. Not knowing where I’d put it is what stopped me. 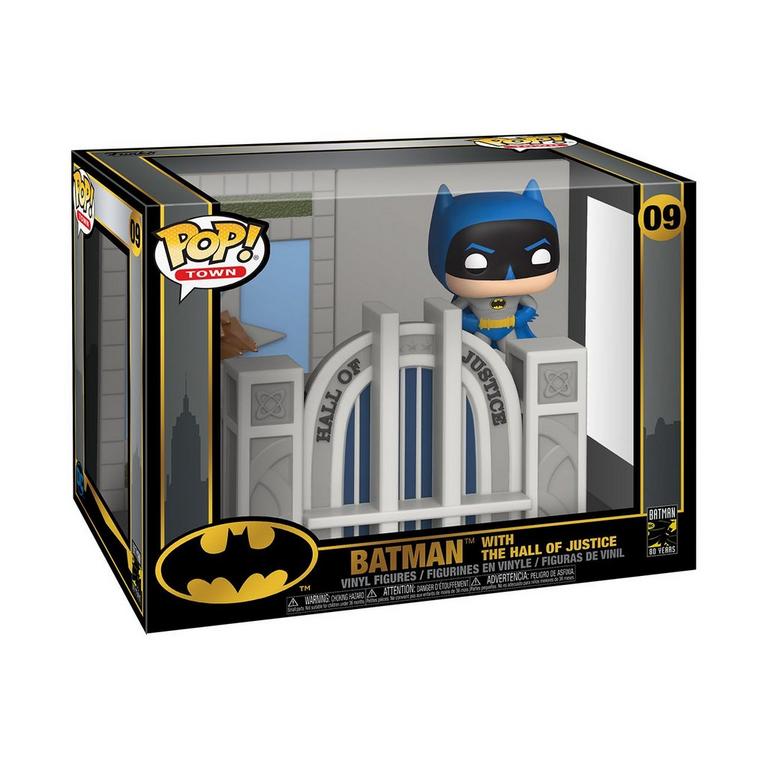 The Hall of Justice with the Jim Lee Trinity Pops? Would love to do it, but it would need a dedicated shelf.

DST’s Vinimates are relatively recent, and mostly serve as an extension of the DC Minimates line that DC Direct and Art Asylum (who is owned by DST) released in the late '00s.

They’re still cranking out Marvel Minimates, so I’m not sure why DST can’t resume DC Minimates and pick up from where DCD and Art Asylum did.

I’m glad you’re sticking your toes into the Spin Master waters, @moro. The water is always comfy in that particular pool.

@Vroom Thanks. While not my usual type of figure to collect, they just have a certain charm to them. I think they remind me a bit of Super Powers. Also, since I don’t have room for a JL team in the 6 inch scale or larger, I figured I can squeeze one out of these little guys and find some space for 'em somewhere

I was just on Facebook and DC Collectibles official page changed its name back to DC Direct! DC changed The Direct to Collectibles back in 2011 or 12 is there any official news on this? 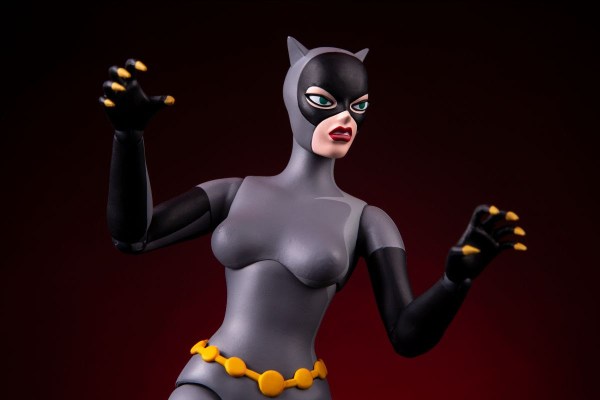 Batman: The Animated Series fans have yet another cool collectible to add to their checklist. Mondo will be following up the previous two figures in their BTAS line with the new Catwoman figure. Th… 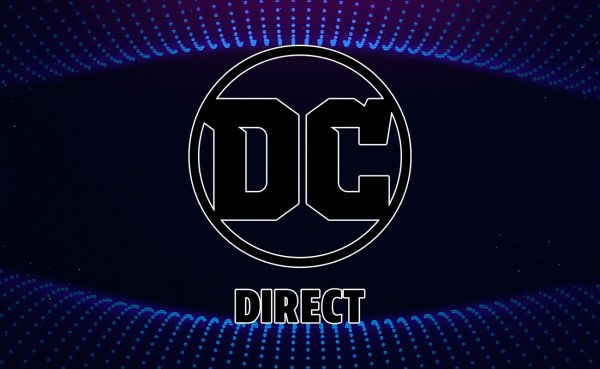 DC Collectibles, known for its iconic lines of collectibles, statues and action figures, directly from the source, is returning to the name on which it was founded, DC Direct. The move to rename re…

Cool stuff, but about 3/4 of the items are Batman related. Shoulda just changed their name to Batman Direct. 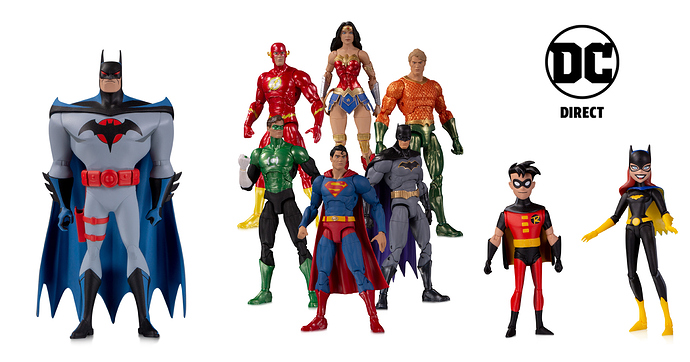 "DC COLLECTIBLES ENTERS THE NEW DECADE BY RETURNING TO THE NAME ON WHICH IT WAS FOUNDED, DC DIRECT" Looks like DC Collectibles are returning to their roots with a name change back to their founding name, DC Direct. DC Collectibles, known for its...

With it, maybe they’ll go back to the greater character variety in their product that was abundant during the DCD days. Flash and Green Lantern toylines to tie into their respective 80th anniversaries would be neat.

Kinda what I was hoping, when I saw the name change. I know; strange coming from a collector who only collects Trinity items… but with a diverse figure line based on different comics, movies, etc, there was always the opportunity for more Supes & Wondy. Seems their focus, at least this Toy Fair is on Batman, Joker & Harley. Maybe there’s a surprise or two at the actual booth.

I’d dig a Harley Quinn line done in the style of their DCAU lines. 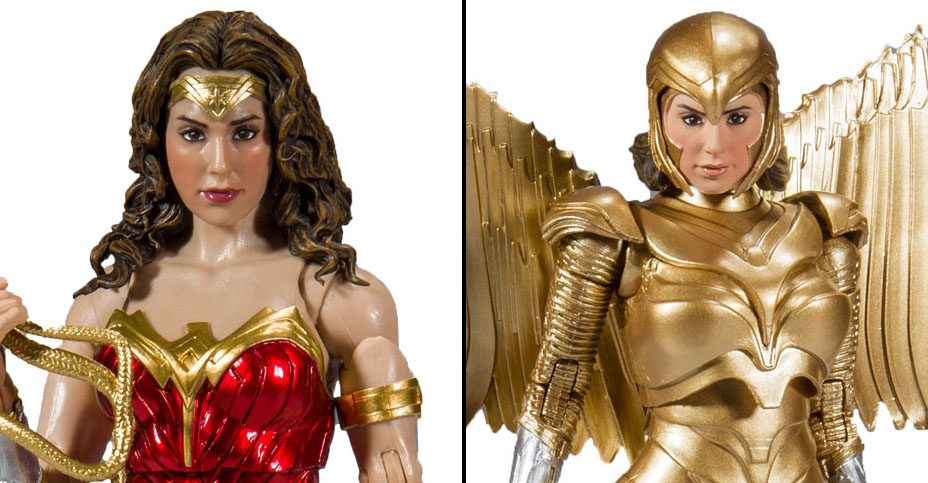 Two new DC Multiverse 7" Scale Figures have been announced by McFarlane Toys. They have posted product pages for two new Wonder Woman figures, which are based on the upcoming Wonder Woman 1984 movie. They feature Wonder Woman in her standard costume,...

To me, those look terrible. The hair on WW is laughably bad for this day and age. They both look really bad in profile. I personally can’t believe they would release those photos.

I would love to see The Adventures Continue line cover the whole DCAU. Even if they go with mostly Batman I think they could tie in characters from the greater universe.

I’d sooner see a unified “The DC Animated Universe” line where characters from the TV shows, movies and comics of the DCAU are featured (under their respective labels of course), than one line whose purpose is to showcase concepts not used or in existence for BTAS/TNBA.

Why DC Direct is prioritizing this line over characters that did appear in DCAU content is still a head scratcher to me.

I’ll be honest. I like the name DC Direct much better. DC Collectibles always sounded too generic. There are all sorts of companies that have made DC Collectibles. By calling it DC Direct, You’re saying it’s not just for the direct market but also it’s coming Directly from the source! (Plus, it really just sounds better saying it, and I really kept calling it DC Direct even after the name change in 2012 just to set it apart from the other stuf that had a DC mark on it.

Not sure if this was posted, but Mcfarlane posted a look at his DC Multiverse White Knight Batman figure. Looks Awesome! 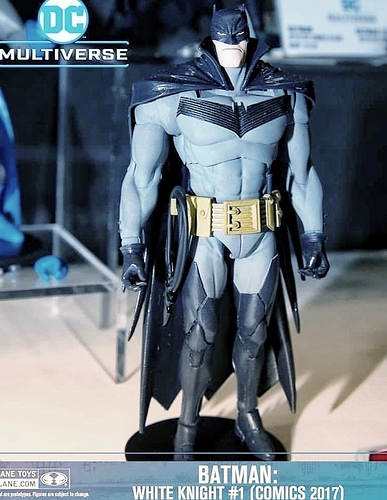 Not on this thread. Thanks for sharing

I like this Batman design. Especially that prominent Bat symbol. Need to read the comic.

Im a HUGE Sean Murphy Batman fan. “Murphy-verse”. The stories are great, but i really just love the character designs. Really great looks for Batman, Batgirl, Azreal and Harley to name a few,