No Batman & Robin at all? I suppose it received a cool reception from you…

The whole not Barabara Gordon but still Batgirl thing still doesn’t sit very well with me.

I can get that. I wouldn’t say that it has snow problems or anything. Still, I the movie doesn’t completely leave me cold. I find it an ice time-killer when I just want to chill.

All puns intended on your part of course.

Fun idea @DCGF12! It’s so cool to see the different orders everyone is placing these in. I based mine on how many times I’ve watched it and if I own the movie. Pretty tough!

Not on my radar whatsoever:

George Clooney in a Batman costume

Lol. Batman (1989) moved through the list a couple of times @Kon-El! Ultimately, I decided to slide it down a few notches because when I’ve rewatched it lately, I haven’t felt the same as I did before. Yet every time Batman Begins is back on “the ‘flix”, I always end up checking it out a few times. Batman Forever has a lot of fun campiness and hasn’t lost its touch. I also feel like I’m always finding new Easter eggs in that one too.

Bat fleck is interesting. When I heard about the casting I was like “I’m never watching it”. …of course I did as I sold my soul to the comic book gods too long ago…

He’s really good. The movie is, and this is my own personal opinion, an glorious oddity. It’s a weird choice to have an older Batman. It’s a movie that desperately needs some levity and fun to it, it’s freaking Batman and Superman in the same movie!!! And I’ve never ever agreed with a gun wielding Batman who kills. Take away that element he’s just a psycho on a costume.

I liked him a lot less in Justice League, though that might be down to the weird hair ( is that a wig??) and the disappointing bat-gadgets and just in general who they handled him.

I gotta say the Joker movie wasn’t for me. But from what I’m reading this is going to be the template for a good number of future DC movies. I’m glad it was for you though! 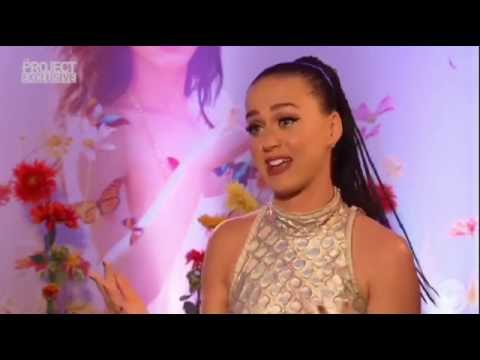 Oh boy @DCGF12, you opened me up… (Sigh) I have such disdain for what Ben Affleck did with Batman. What a waste! Prior to that film, I had never left a movie theater angry, but Batman v Superman left me with no words. I do not think he was “comically accurate” as many have tried to claim and the closest I’ve ever seen an actor come to Arkham game-style fighting/movement is in Titans S1: E11 “Dick Grayson”, by stunt men who did an incredible job! I know that the BvS version was an “older” Bruce Wayne (which has been played out in the comics before and still missed the mark on the proper casting), but Affleck was so disinterested and shot out, having no chemistry with anyone on-screen and his personal problems carried heavily into the role. He’s actually admitted that in interviews as well. I also hated the use of guns and the costume in those scenes. Aside from the terrible story, it was all a tragic mess.

I totally understand the reason for your reaction. Like I said it’s a curious oddity for me; and not close to how amazing the movie should have been.

I had a bigger issue with Henry Cavill, who I felt was wooden. I do put a lot of that down to Synders’ take on the role,

The whole premise of the story was a shambles, you’re definitely right about that.

This is a quick little ranking from worst to best. My opinion might change.

I’m not counting Suicide Squad (2016) since it only has Batman as a cameo, and it’s trash.

10 - Justice League (2017)
This is the worst Batman film ever! Actually… it’s the worst superhero film ever! It has a terrible villain, it’s so bland. It should have gotten a bigger runtime. The plot is stupid. And worst of all, it’s just kiddy nonsense! I hope the Snyder cut is going to be great.

9 - Batman (1966)
This movie just feels like an extended episode of the show that it’s apart of, with Adam West. It feels bland and forgettable, and while there are some fun omens, I didn’t really care. Just watch the show instead.

8 - Batman & Robin (1997)
This is a bunch of jiffy nonsense, but at least not like Justice League (2017), and I do actually like Uma Therman’s Poison Ivy, she does feel ridiculous, and Arnold Schwarzenegger’s Mr. Freeze feels silly, but I do actually like his ice puns. Chris O’Donnell’s Robin is an annoying man child, and Batgirl didn’t need to be in it. I just wish it was more darker than that.

7 - The Dark Knight Rises (2012)
It’s kinda hard for me to choose what to put next after Batman & Robin (1997), and I love The Dark Knight Rises, but it’s just that some things are weird. How did Batman fake his death? How did Batman return to Gotham? How does the police with katanas and pistols beat soldiers with heavy artillery? It just doesn’t full add up. Though Tom Hardy’s Bane does make up for all of this.

6 - Batman (1989)
The first dark Batman movie after Adam West made him a joke, er… get it? Anyways, this is an amazing film by Tim Burton with one of the best Batman’s played by Michael Keaton, and one of the best Joker’s played by Jack Nicholson. I think they’re one of the most accurate versions, even though not entirely. I do prefer them over Christian Bale and Heath Ledger, but still. Kim Basinger as Vicki Vale is annoying, but I still like her. And I love Bob!

5 - Batman Forever (1995)
Wait! Wait! Hold on! Stay with me! I just think this movie gets too much hate, and a lot of people just ignore it. I think Val Kilmer is a great Batman, and may as well be in my top 5, even if he isn’t as good as Michael Keaton’s Batman. It was a more fun Batman movie based on the Silver Age and the 60’s tv show. And while Tommy Lee Jones as Two-Face is a bit annoying, he is a great choice since he has that commanding presence that Gotham’s biggest attorney would have. Jim Carrey is fun as the Riddler as well, and it may seem like it’s just Jim Carrey playing himself, he’s actually paying tribute to Frank Gorshin from the 60’s show since of you compare both of them, they’re pretty similar. I also think the lighting is cool. It has a comic book style with the 90’s into one magnificent looking Gotham. I mentioned in Batman & Robin that Chris O’Donnell as Robin is bad, but he’s 10x better here since even though he fella too old for Robin, I am more comfortable with that than a 10 year old fighting dangerous criminals. I will defend Batman Forever until the day I die!

4 - Batman Begins (2005)
The start of The Dark Knight Trilogy and it’s one of the best. While I hate a realistic Batman for numerous reasons, I do think it mainly works here pretty well. It’s an origin for Batman’s origin with Ra’s Al Ghul and the Scarecrow as both of the villains, and Scarecrow just feels like a crazy guy in a mask, and Ra’s Al Ghul isn’t even Latin, Liam Neeson and Cillian Murphy do amazing jobs here. I just love this film a lot.

3 - Batman v Superman: Dawn of Justice (2016)
This film is amazing, and while it does have some story problems and it may not be may not be accurate to the comics, it’s great as a Batman film I it’s all done well. Ben Affleck’s Batman is a broken man who has lost Robin (either Dick Grayson or Jason Todd), which does makes sense why he would go all killer on crime. Batman has an arc where he goes back to not killing people and even when he realized how bad it is again but still kills, it is new territory for him at least. I think this is an excellent Batman for me.

I decided not to use Suicide Squad for this ranking, due to it being only a guest appearance.
I have also nearly purged the Whedon cut of Justice League from my memory.

For me I like the disaster movie within a Batman film. I also really liked Tom Hardy as Bane and Anne Hathaway as Catwoman. The trilogy works well with this movie being the end. I enjoyed the whole Bruce Wayne arc.