Redhood is the best member of the the Batman

New 52, Red Hood and the outlaws helped me fall in love with the character and I’d gotta say Curran Walter is doing a great job as Jason Todd in the Titans Series.

Ah…the utilitarianism argument. What gives Jason the right (besides his massive ego) to decide to be judge, jury, and executioner? While the criminal justice system has its problems, the idea that might makes right has no place in a society. Jason is a ******* and his actions show he is no more the hero than any of the people he fights. Jason Todd is a scum bucket, and he has proven it time and again.

I’ve been mulling making a reply like this for a couple days.
Todd represents a dark take on what Batman does, more indulgent on instant gratification. I get why that’s appealing, but it doesn’t make him “better” than Batman or his allies who show restraint. That’s why it’s annoyed me for years that they act like he never left the family or spit on their views; they shouldn’t have been enabling him (emotionally or otherwise).

But I think the best argument would be “What’s So Funny About Truth, Justice, and the American Way?” Just replace Superman with Bats, and the Elite with Todd.

I’ll take this one.

OK, so the easy reason is that Damian’s entire personality revolves around being rude and confrontational, and that’s just unpleasant. That’s probably as far as it goes for some people, but I think there’s an underlying toxicity to Damian. He’s arrogant, entitled, and thinks he deserves to be Robin because he’s Batman’s biological kid even though Bruce had several adopted kids he’d personally raised already. And that’s a reasonable bit of characterization, except Damian gets exactly what he wants and never loses his entitled attitude.

Damian’s defenders will tend to argue two things: First, his behavior is cute or endearing or understandable because he’s just a little kid. But then he’s also excessively intelligent and skilled and generally doesn’t act like a kid, so I personally find it disturbing.

Second, they’ll say that he has a good character arc. However, I maintain that a bad person winning and getting what he wants and then independently deciding to be marginally less bad is not a character arc at all, let alone a good one.

Back on topic, I feel Jason has that same problem. He never earned the right to be admitted back into the fold despite betraying everything the rest of the family stood for. But because he behaves himself slightly better than he used to (sometimes), everyone refuses to acknowledge all the people he’s murdered. Again: there’s a difference between redemption and just getting a free pass for stopping.

Well, if you’re comfortable with an invincible alien deciding whose head needs ripping off with no accountability, I suppose that’s a legitimate opinion.

Personally, I find this kind of consequentialist/utilitarian reasoning dangerous and illogical. If villains are bad because they’re killers, that conclusion necessarily relies on the premise that killing is a bad thing to do, so on what basis can one killer’s actions be elevated over another’s?

There are places on earth where people are able to leave unattended store fronts. Which means that not only are their goods are unattended but the money people leave for those goods is unattended as well. Things like this are able to occur because people in these areas understand that if they are caught taking things that don’t belong to them they will get their hands cut off.

And we’re talking comic books, not the Criminal Justice System. In comic books while the “Hero” tries and tries to save the soul of a single Villain, hundreds, if not thousands, of innocent people die horribly. These Heroes may not be directly killing these people but they are responsible for their deaths because they consistently choose their oppinion of what is “right” over what is necessary.

I side with the man who would rather kill a single dude than stand by while that single dude kills hundreds.

I side with Jason Todd.

I side with the man who would rather kill a single dude than stand by while that single dude kills hundreds.

I side with Jason Todd.

Ok, you stand with the elimination of the rule of law,

Besides the 5th and 6th amendments to the constitution, what else are you (and red hood) wanting to tear up?)

Well…
Certainly not my comic books… 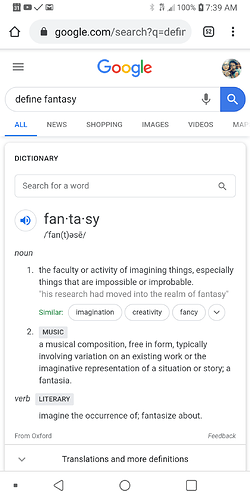 Can one really play the “it’s a fantasy” card after admonishing non-killing heroes because villains continue to endanger people?
It could be argued that Jason has killed people that could’ve reformed. Perhaps one of his bullet’s misses their mark and ends up in the vital organ of an innocent bystander, like a child, senior citizen, struggling blue-collar worker, etc.
How many times have we heard something like Vision’s piece in Captain America: Civil War, how powerful entities seem to somehow invite other powerful entities? Not only would Red Hood not be exempt from this, but the opposite forces resulting from a killer’s actions could be viewed as potentially more dire than those of a crime-fighter/superhero that chooses not to kill.

As far as the “It’s fantasy” remark goes, that’s because Captain Save-A-Crook up there needs to relax a little. No one is saying they want to shred the Constitution.

Allowing Super Villains to come in to your city, destroy half of it while killing a whole lot of people only to be smacked on the bottom and given a time-out only serves to invite more Super Villains to over run the entire planet because on Earth there is little to no consequence for Mass Murder.

Gotham is the perfect example of this. Gotham is over run by some of the most twisted psychos ever seen and Arkham is nothing more than a time-out with free therapy and super good meds where the doors are just flung open randomly allowing every one to escape scott free until their next time-out for killing all sorts of people.

Dude…
Joker streight gasses people on the regular. That’s…like…Germ Warfare. Not even the most twisted of twisted real life people streight gas people. You know why? Because if you resort to Germ Warfare the entire planet will unite against you beneath the single purpose of exacuting you. That’s real life. If you gas people you will die.

Even Batman agrees with me: 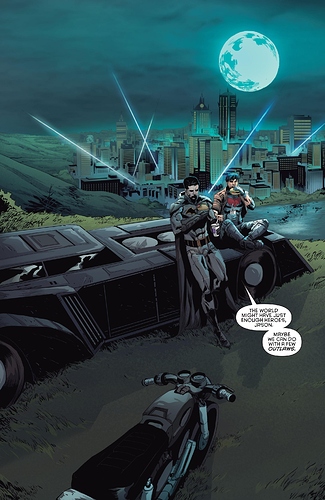 So you are saying that in a made up world of laws, where the same constitution exists (as the one in our real world) and the Red Hood is operating in the country that has that constitution, you want and support the Red Hood violating the 5th and 6th amendments. So no one in the United States of America (in the made up Red Hood world) actually has these 5th and 6th amendment protections.

So If you had a counterpart in that fantasy world, someone who wanted to and was capable enough could kill your counterpart on that world and you are ok with that. That is your argument for how that particular fantasy world works.

Did you notice the word “maybe” in Batman’s line. “Maybe” it does, provided they do not violate the constitutional right of others. Or “maybe” it does if these outlaws are not using lethal force. Are you really going to say that Batman is condoning Jason straight up murdering people? You’re really gonna go with that? Seriously? That’s comical.

If I had a counterpart in a made up world who had his life threatened I hope he would defend himself by any means necessary up to and including taking the life of someone who was set on taking his.

And as far as Due Process goes, Capitol Punishment is a thing for a reason and I’m confident that in that made up world the reason is Mass Murderers bent on world domination.

But you guys win though…
Just through sheer determination.

If I wanted to argue back and forth with people I’d be on facebook right now.

I pay to be here to live in my love of comic books and Red Hood is one of my favorite charicters.

It’s ok with me that you disagree.

And ok with me, we disagree.

It’s one of the great things about comics. There are always debates to be had on just about any topic.

Who faster Superman or Flash, and that also depends on era?
Was Sinestro really a betree GL than Hal?
Should Batman forgo the “no kill” rule?
How does the Question eat with his face on? Does he just roll up the bottom half?
Which Flash is the definitive version?
Is the Joker actually insane or is he mentally stable and doesn’t care.
And the list goes on and in and on.