I remember a scene in the beginning of the 52 storyline where it showed the old Themyscira embassy in America and it was being replaced with the Kahndaq embassy. I assumed this was because the amazons were kicked out of America after amazons attack.

From what I remember, technically Amazons Attack was originally going to be a mini-series that would have lead up to Infinite Crisis, but was scrapped during the planning process. They later decided to make it into it’s own event.

I think the reason why the Themyscira Embassy was out of commission in 52 was because of fallout from Wonder Woman killing Maxwell Lord.

Maybe you are right.

I’m noticing this series has a lot of tie ins and connects to a lot of other series going on at that time.

For example amazons attack ties in in the first couple of issues and flash fastest man alive last issue ties in directly with issue #43. The problem is they aren’t official tie ins to the the story like some issues so you have to find this out on your own.

I was wondering if it would be okay for us to post all the issues that connect or official tie ins to each issue.

You can’t really understand issue 43 without knowing what happens in the last issue of Flash the fastest man alive.

I was wondering if it would be okay for us to post all the issues that connect or official tie ins to each issue.

That’s fine, but you might want to post them during the appropriate week so that it doesn’t get too confusing.

Yeah, there’s a lot of tie in issues – I know that at least an issue or two of Detective Comics is as well, though that was written by Dini, so that makes some sense.

After reading about Mirror Master’s antics in Countdown this month, you might want to pop into the Psychology of Villains Club thread and chime in:

The Psychology Of Supervillains Club…July 2020 - Mirror Master Welcome to The Psychology Of Supervillians Club. This month we will delve and dissect Mirror Master . Step into his mind and determine what makes him tick WARNING : This club will be discussing darker aspects and elements within the DC Universe. These aspects and elements could be viewed as overtly violent, malevolent and possibly offensive to some. We acknowledge that we are not mental health professionals, and are not able to …

I was wondering if you could post tie in issues to each week in the top post?

This first week, we’re looking at issues 51-48 of Countdown (not yet “to Final Crisis”!) and an important tie-in issue from Teen Titans. Here is a guide to these issues:

Excellent update for this week’s reading. I think a lot of others already hit the nail on the head with Countdown. Coming out of 52 - which I freaking loved - I thought the idea of another weekly comic would be great. But where 52 felt self contained, this felt it tried so hard to be a central DC story that consistently tied into what was going on in monthly comics - the random pages of Batman and Karate Kid fighting - with no lead up or “see the rest of the story in Justice League”.

Right off the bat… then and now, I found myself wondering how Duela Dent knows who the Red Hood is? How does Jimmy Olsen? They both call him by his name. Why do they know who he is, and doesn’t that mean they if they did any sort of looking into Jason Todd at all it’d raise all sorts of questions about Bruce Wayne?

They let a photographer get into to Arkham Asylum to interview their most famous patient, alone? And he doesn’t think anything is odd about a guard getting his head eaten off right behind him - just carries on his phone conversation despite the surely loud screams.

It’s so easy to riff on this comic. It clearly had no idea what Final Crisis was going to look like. No idea where characters needed to be at the start of that story in order to make sense. BUT, all that said, I liked the tie in series so much better than Countdown itself. If they are read as their own titles, without worrying about how they fit into the larger DC continuity, they are pretty good reads.

Countdown itself though can’t be taken as its own series as it clearly is meant to lead into something, so it just meanders and struggled.

However I’ll be back each week as this series is such a quick read and fun to riff on.

I found myself wondering how Duela Dent knows who the Red Hood is? How does Jimmy Olsen? They both call him by his name.

I can understand Duela knowing it simply because both Jason and she are Titans alums. It’s a bit stranger that Jimmy knows. Maybe he has been identified as a wanted criminal by this point?

That would be really weird, though, since it would raise immediate questions about Bruce Wayne’s identity. I think maybe the writers just… forgot that Jimmy didn’t know secret IDs like Lois does?

It’s a weird thing for Paul Dini to forget. That said, I don’t know if it would necessarily raise questions about Bruce Wayne’s identity unless everyone was aware that the Red Hood was a former Robin. I’m not even sure how many people outside of the superhero circles even know that Jay and Tim aren’t the same Robin. Otherwise, the story is that the kid who was supposedly murdered by the Joker has actually survived and taken on his attempted killer’s old identity.

I can understand Duela knowing it simply because both Jason and she are Titans alums.

But they weren’t together on the same team, and the fact that the Monitor was after her means it could have been from a different universe entirely. 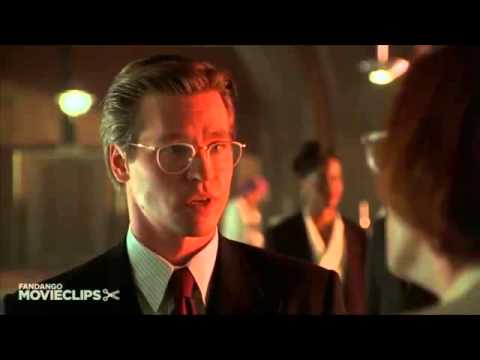 Well, at least Black Mask figured it out in Under the Hood. There’s also a question of how people would know his identity in the first place… the only supervillain who knows is the Joker, and it would be odd for him to mention it without mentioning the Robin thing.

I’m already forgetting what happened in the TT issues, but the rest of the Titans team figured out it was Jason that attacked Tim, right? If this Duela was part of the TT at one point, she might have found out there. Then again, I kinda doubt that Duela would be on speaking terms with any of the TT if she’s just randomly kidnapping folks for money.

Then again, I kinda doubt that Duela would be on speaking terms with any of the TT if she’s just randomly kidnapping folks for money.

This story is directly following the Titans East arc, where Deathstroke attacked the Teen Titans with his own group. Duela starts off on Deathstroke’s side but then switches allegiances.

Oh yeah, isn’t that the team that started with them killing off Ryan Choi off panel and showing his tiny corpse in a matchbox?

…Man, this was a dark period at DC.

Don’t forget the later part of Countdown, wherein the zany comedy duo of Trickster and piper gets sharply derailed when Trickster dies and Piper has to lug his rotting corpse handcuffed to him around, semi-deliriously speaking to him the whole time.

Yeah, this was sure A Time in comics.

Oh yeah, isn’t that the team that started with them killing off Ryan Choi off panel and showing his tiny corpse in a matchbox?

Eh, that happened after Final Crisis, and it was a different Deathstroke Titans team.

Oh, I suppose that had to be the one where Slade basically brainwashed Cass to become a villain.