Can we take a moment to acknowledge the random and frankly unexpected turn of event at the end where they show Calder kiss his boyfriend? Not once in 2 previous season or the beginning of the 3rd did they mention his orientation or even hint at his lover. Im so confused

Wow so I seriously do enjoy the new season but my lord I feel like the pacing and the characters they choose to focus on are all over the place. Are we just gonna brush over the fact Kaldur has a boyfriend I’d really like to see that developed or spoken about at least. I did not see that coming considering he most often spoke fondly of Tula in the past.

This has been my favorite episode of the season so far. The epusode was a bit all over the place, but it had everything a good episode needed.

-Victor and Silus making up to each other and loving again.
-Victor actually being important to an episode
-Violet’s touching moment as Gabrielle with her family.
-Superboy asking Superman to be his best man.
-Harper finally getting closure, surely leading to her becoming Bluebird.
-Dolphin finding a home.
-And the biggest one for me, Kaldur FINALLY being confirmed as gay. I was honestly concerned that they were going to make him straight and in love with Dolphin in this episode, but it was a false alarm.

I love how this series continues to discuss difficult and scary conversations. When Harper finally tells M’gann she is being abused by her father and Violet tells Gabrielle’s family what happened to Gabrielle I cried. Young Justice continues to amaze me how they continue to intertwine real life into this fictional world through the storytelling.

So who is his boyfriend supposed to be? He looks like Garth as a bear? (Orca)?

And the meta girl is dolphin?

I think Kaldur is bi and I’m very happy to see it. Megan and harper’s storyline tackled domestic abuse and signs to spot. Violet tackled closure and grief. Victor’s was reconciliation and healing. Tara seemed happy that everyone was happy and I’m looking forward to Brion next episode. They tried to pack a lot into one episode which gave it weird pacing but each storyline was very important and seemed to need each other to happen so they could properly isolate each party.

When Young Justice was under Cartoon Network, the showrunners weren’t even allowed to hint at a character being anything other than straight. In season 1, they wanted Kaldur to have an interest in Garth, but CN forced them to give him a crush on Tula instead. Plus, because 3 years have passed between seasons 2 and 3, there’s a lot that we haven’t seen. Kaldur and Garth’s romance is much better than Clone-boy and Cheshire suddenly being married and having a child together.

Im hoping they put in Bwana Beast or creeper now

As a clone myself I find that term very offensive. 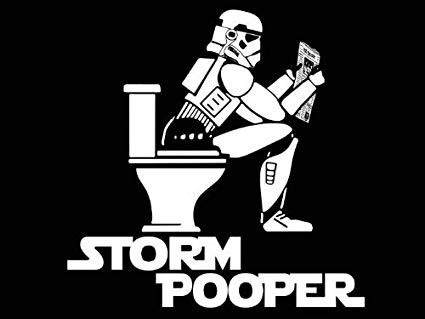 That episode was great. We saw the source wall which was wild. That compilation at the end was a little out of place but whatever. But most importantly there is one major question that was not answered: where’s Dick?

It felt like they just figured “he’s gay in the Rebirth series, we should probably address that” and then just randomly threw it in because they were focusing on too many characters that they couldn’t build up towards it properly.

I don’t get why so many folks are upset that it wasn’t built up. “Clone-boy” & Cheshire having a kid was just dropped and we have gleaned backstory about over the end of S2 and into S3.

I’m guessing they will do the same with this.

Not only did the last season confirm Kaldur to be Bi and happy in a relationship, finally, after losing his beloved Tula. But, they also included Bart Allen(Kid Flash II) and El Dorado(teleport guy) as a couple. I really liked how they were included very clearly but still not in your face. I think it was done very well. Although, I would have loved to see more of them, it was good to see clearly included. I will admit, I do not squeal. But, I almost did when I saw Wyynde kiss Kaldur the first time.