Sound off: Why do we need three villains in "The Batman" movie?

We have been given the villains for “The Batman”: Zoe Kravitz as Catwoman, Paul Dano as the Riddler, and Colin Farrell as the Penguin. What I don’t understand is: if you are going to try and invigorate the Batman franchise why weigh it down with too many villains? Batman will get lost in the shuffle. The villains are also three of the more well-known malcontents in Gotham.

The only way this could work (in my head canon) is that Penguin is a background presence. We get to see him occasionally, but he is known as the “man to see” when trying to fence valuables and find specialized equipment. The Riddler should be the main protagonist. Nigma’s brains and calculating mind could make for a very different overtone in a Batman movie. This would showcase Batman’s detective skills and his brilliant intellect. I believe Catwoman should be used sparingly. Batman could be after her at the opening of the movie and she gets away. Then have news reports talk of “burglaries” all over Gotham. In his fight with Riddler, she could pop up as Selina in a scene. Maybe we could see her watching Batman as he patrols.
Robert Pattinson has enough to do trying to prove himself as Batman. Let Batman’s abilities be the focus of the movie. Don’t let him get bogged down with three villains trying for equal screen time. Oh and PLEASE don’t show Bruce’s origin again. We all know it. Well, that’s my take on this subject. What do you all think?

The movie is based on the sentinel run The Long Halloween by Jeph Loeb. It runs over a year and features a murder corresponding to every major holiday. It is full of Batman’s rogues gallery and is one of the best runs ever. It has a lot of villains because the source material has a lot of villains. Most of them will only make a short appearance. There will be a lot of 2 Face if it follows closely. Don’t fret

I agree, Pattinson should really be the primary focus of the movie, and hopefully he will rise to the challenge of being a top-notch Batman.

That said, I don’t think having three villains in the movie will necessarily detract from that. I mean sure, that’s kind of been the ongoing trend (ie Batman and Robin), but I feel like there are ways to avoid such a catastrophe. First and foremost, the villains should already be established characters in that world, such that the audience isn’t forced to sit through three separate origin stories before the plot has a chance to move forward. Also, they should be used sparingly throughout the film, or else it won’t feel like a Batman movie.

I know it’s been said that the movie’s supposed to be a more faithful adaptation of The Long Halloween, but if these are the only three villains that are going to appear, that really doesn’t seem to be the case. With the three characters that they’ve cast, I’m almost tempted to believe that this is going to resemble Batman: Earth One, with maybe a few Long Halloween elements sprinkled in here and there. I think having Penguin as Gotham’s mayor would be interesting, and if the whole movie were to revolve around taking him down, then Riddler and Catwoman might pop up as potential informants, which Batman would doubtlessly track down and interrogate for dirt on Penguin.

Of course, this is all conjecture.

I look at it this way.

First, I really like the idea that we’re not starting at the beginning yet again and we’re going to see Pattinson start out in an established universe.

Second, I’m not sure we can argue about villain balances or not until we actually see some footage of the movie. After all, Catwoman could be more of an opportunistic anti-hero/foil to Batman, and Penguin might be more of a profiteer that villains like Riddler use for resources and Batman confronts by using his fists.

Third, just because there are potentially three villains doesn’t mean that the movie is bad. After all, Batman Returns had Penguin, Catwoman and Max Shreck. Superman 2 had General Zod, Ursa and Non. Wonder Woman had Doctor Poison, General Ludendorff, and Ares.

Also there’s the fact that Batman Begins had FOUR villains and STILL managed to put Bruce front and center and take him on a complete character arc. Multiple villains doesn’t necessarily mean a bad movie or zero focus on the hero (though, admittedly, there have been quite a few bad superhero films that DID have too many villains and not enough focus on the hero, so I can’t blame the OP for worrying).

I have faith it’ll be fine and most villains will just be cameos or small roles if they will structure it like long Halloween. Out of the 3, Catwoman will likely have the smallest role and be more of an anti-hero any way

It’s worked before and it will work again. 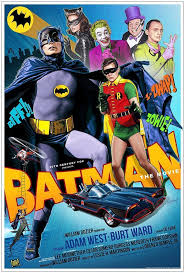 There’s always the possibility that the villains aren’t villains yet, and their inclusion is to set up a future movie. For instance, Matt Reeves announced the Paul Dano casting with an Edward Nashton hashtag. To me, this would suggest that he doesn’t start the movie as Riddler and will be working as whatever backstory they decide to give him this time.

@tuxnut The director did tweet a picture of the Batman 66 costumes before when hinting at the villains in the movie. For all we know this movie could end up being some sort of remake without Joker and Robin.

The villains are the best part of Batman!

I don’t think it’ll be hard juggling these 3 villains as their paths easily overlap in the seedy underworld of Gotham. This movie is definitely inspired in part by The Long Halloween but is not an adaptation of it. Reeve’s has said that it is an original story.

Thanks for the insight! As an old school DC fan (40 years), I prefer really good one-on-one stories. I am anxious to see how things work out with this film.

I wouldn’t go as far as to call Catwoman as a villain in the movie. She’s not the type who has a large master plan or a truly sinister motive. I see her playing more of a supporting role in the movie, which is often just as important as a movie’s villain. That leaves The Batman with two villains including the Riddler and… oh no. 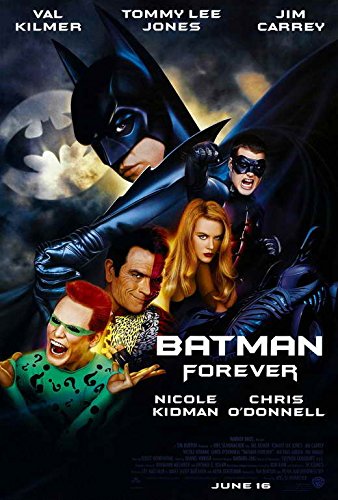 Don’t screw this up, Paul.

To kid-me, popping in the vhs tape and rewinding it to Batman Forever was simply “watching Batman”. That was my Batmovie, man.