I’ll do you one better, HOW is Donna Troy? Seriously we should check on her. 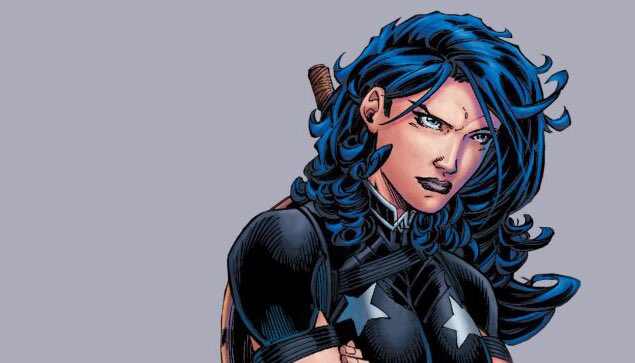 Who is Donna Troy?

I’ll do you one better… Why is Donna Troy?

No I’ll do you one better! Where is Gamora Donna Troy?

Okay. How many artist, writers, etc has DC employed over the years? Everyone that works on the creative team. So no janitors or whatnot. You can debate with yourself over whether the editor should be included.

What public domain fictional characters are real people in the DC Universe?

How many different DC multiverses have we seen? Of course, we know the proper number of them is infinite, but how many can we name and identify across all of DC (and potentially otherwise) media?

In terms of force-pounds, what is the most that Superman can dead lift?

In the animated feature, JL: Gods and Monsters, at the wedding of Rebekah and Orion, there is an incongruity or an error given the layout of this particular universe. What is it?

Even if a kryptonian plays tug with him…what in all creation does Krypto use as a pull toy???

We know the Legion of Super-Heroes first appeared in Adventure Comics #247 in 1958: Lightning Lad, Cosmic Boy and Saturn Girl. But it was years before their civilian identities of Garth Ranzz, Rokk Krinn and Imra Ardeen were revealed. What issue did this reveal take place, I can’t find it, and what creator gave them their real names? For that matter is Salu Digby related to Ralph Dibny? Who thought it was a good idea to name Matter-Eater Lad’s planet Bismoll after a pink pepto? Any known stories behind the names Chuck Taine, Jan Arrah, Gim Allon, Querl Dox or Luornu Durgo? Jo Nah, to me, is the only obvious reference.

I’ve held off on this for a while, but since we’re going hardcore…when was Batman’s home first called Wayne Manor? I tried finding it for a Titans Easter egg article back in 2018, but gave up after going through a few years of comics. Early issues called it Wayne Mansion, or other variations…even calling it “Bruce’s apartment” at one point…but I could never find where it was first called “Wayne Manor.” I’ve always been curious. I hope this isn’t the end of our friendship as I know it!

Who was really behind Lex Luthor’s plan to take down the Trinity by arresting Superman for animal abuse and pitting Batman and Wonder Woman against each other?

Note: This has nothing to do with DC comics continuity. This is a question to test your obscure DC Universe Community Trivia knowledge. You will find the answer hidden somewhere on the forums. Good luck…

What is Choke’s (the first villain from Birds of Prey vol. 3) true identity?

What is Batman’s favorite soup?

How fast does the flash run?

Is there any relationship between harlequin from Alan Scott green lantern and Harley Quinn?