[Superman Fan Club] and friends, for our most festive and joyous 2020 reading, #14, we will again ponder the wisdom and wit of the Silver and Bronze Age Superman, family and friends stories, again welcoming Superman’s heart and soul, Jimmy Olsen and Lois Lane, the lights of his life!!! 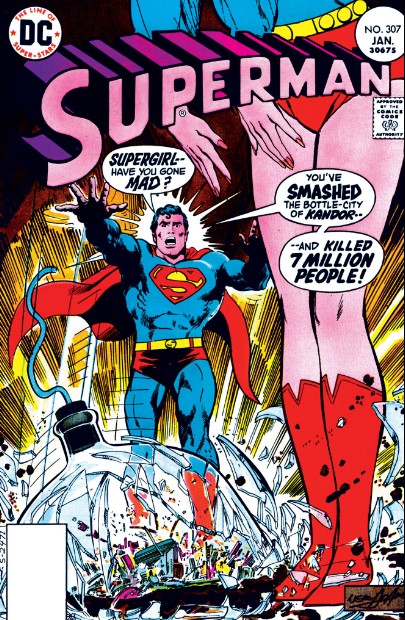 ACTION COMICS (1938-) #326 (released July 1965 ) DC Universe “THE LEGION OF SUPER-CREATURES!” Sing along, “Su-per-man, Su-per-man, he can do what a spider can…” oh wait, right time period, wrong publisher, oops…Giant super-powered insects invade Earth and to stop them Superman must first discover their planet of origin! Yup, 2020 could actually be even worse if this was realz! 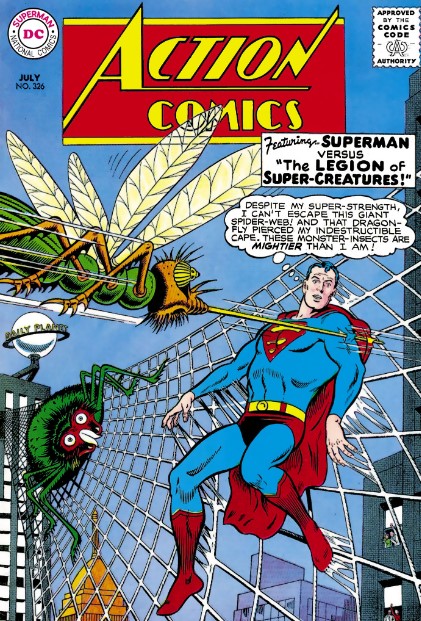 Superman (1939-) #307 (released January 1977 ) DC Universe “Krypton…No More.” When it’s Gerry Conway writing and that’s the title, watch out (ask Gwen Stacy). Superman goes on a rampage and begins destroying super tankers and spilling oil into the ocean. Supergirl comes up with a plan to stop him, but it involves destroying the Fortress of Solitude! Ok, hold on…is this Action in the 1960’s or Superman in the mid 1970s??? 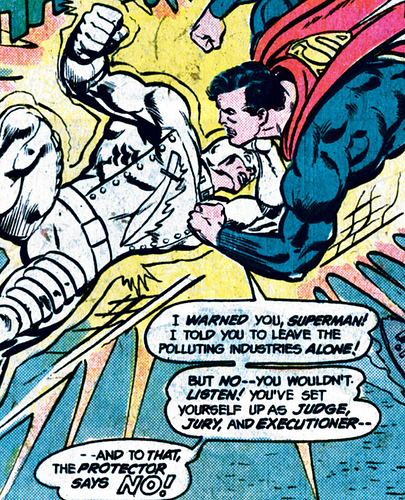 SUPERMAN’S PAL, JIMMY OLSEN (1954-) #5 (released May 1955) DC Universe Jimmy helps the City Sentinel, a rival Metropolis newspaper, raise money to stay in business. Oh, Jimmy, the Chief isn’t going to like this at all! 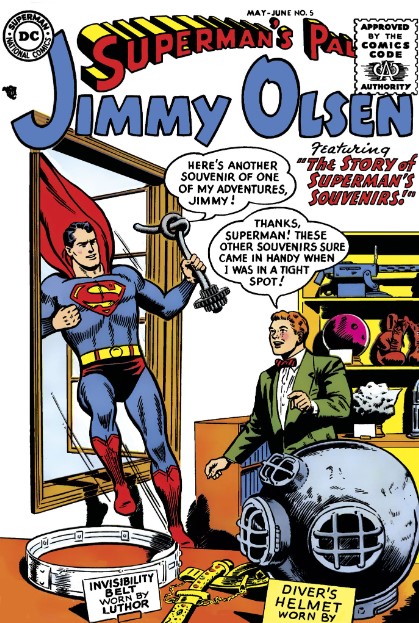 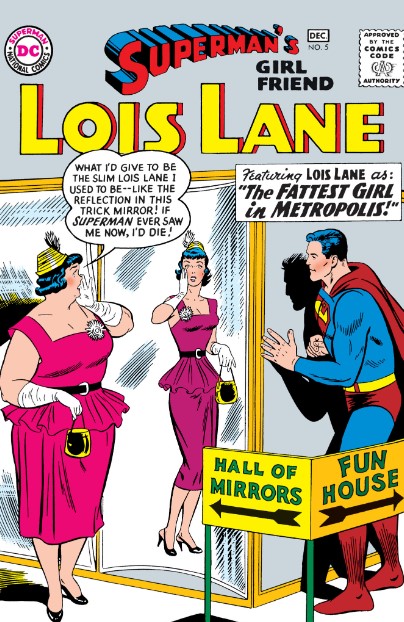 DC COMICS PRESENTS (July 1979 ) #12 DC Universe Superman and Mister Miracle battle it out for Metropolis. What, what?

Please post your thoughts, reactions and favorite panels below as you again reflect on a bygone era of comic book greatness, truly a Silver and Bronze Age of Wonder!

Again those with delicate constitutions, please note there is a Gerry Conway warning label on this round of Superman reading fun! 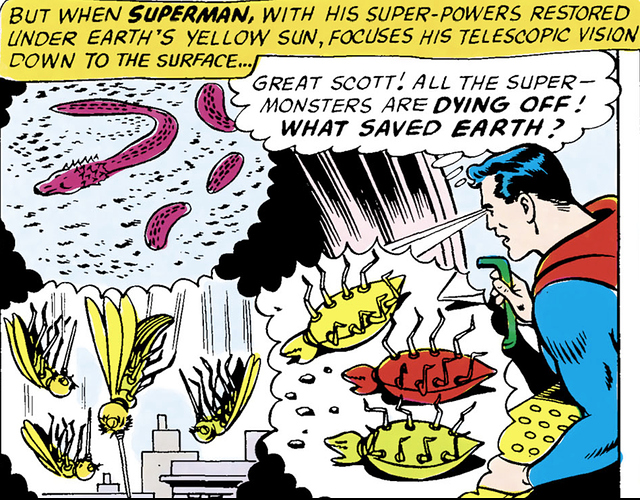 I think the last time culture went through such a radical change in one generation was perhaps during the Renaissance in the late middle ages?

Forget about Supergirl. Imagine the destruction Lois would cause if she knew that Terri was not only hitting on Clark, but on Superman as well!

You’re referring to our singular Superman issue 307 reading this time around, very nice! I’ll add some thoughts on that and then perhaps one or two on the earlier Action issue in a separate post.

I’m sure it must have been some editorial mistake to let Gerry “goodbye Gwen Stacy” Conway write these issues. 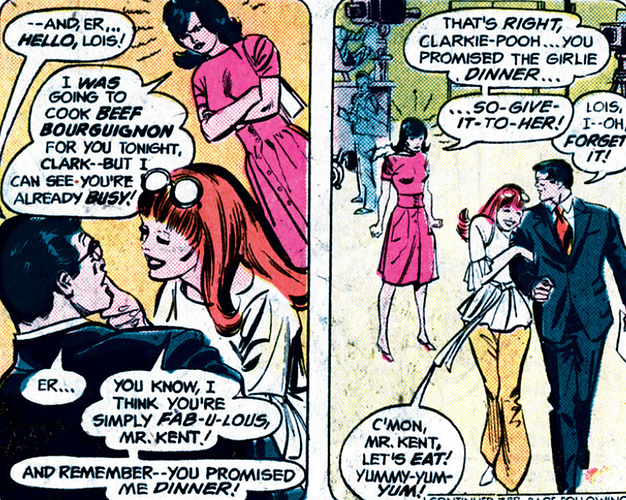 Marvel never let Mr Conway write mutants that I’m aware of, perhaps that is why he has to drag them into Superman… 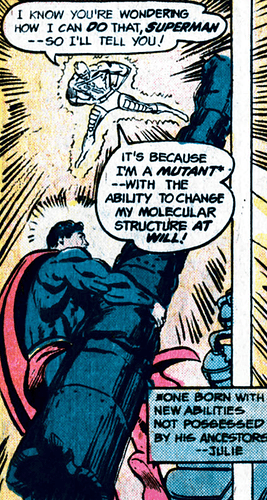 Concerning Action #326, circa 1965…you know that sometimes-uncomfortable feeling when you visit a culture different from your own, where suddenly folks seem to be wearing far less or even lots more clothing, eating bugs etc? That’s how some of the scenes this time around in Action struck me: 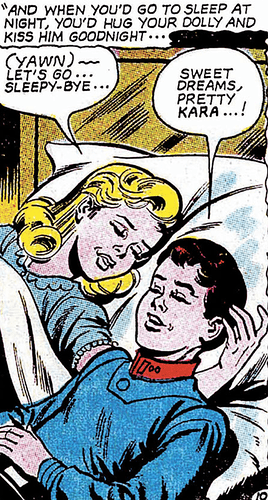 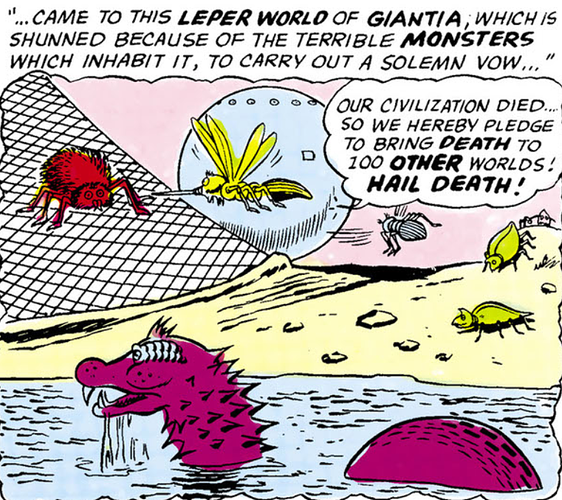 Well hello there Superman Fan Club and everyone else.

Finished up the reading after taking a few breaks in between getting ready for tomorrow.

For Action Comics #326… Well this was an interesting story to read for sure!

Super bugs from a different planet that were stronger than Superman… Yikes! 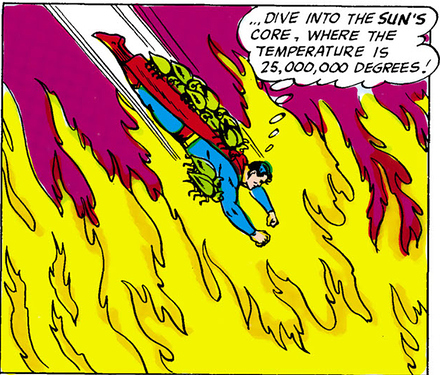 I also did feel bad for Clark at the beginning. 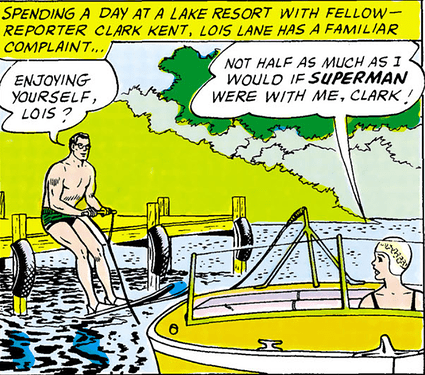 For Superman #307… Talk about a crazy read through for Superman! 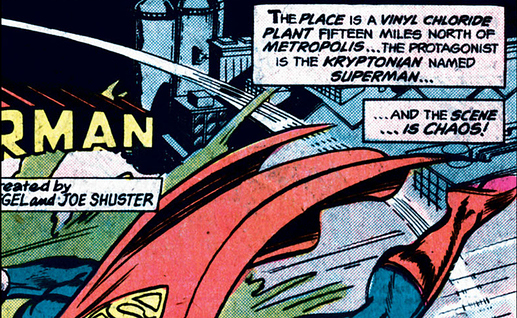 In addition to these other comments…

Made me think that he was infected by some silver Kryptonite with his actions since his reality was not what he knew, or are lead to believe.

Will have to read the what other revelations were made in the next issue!

I also found its panels like these that if Batman were around I would think that maybe, just maybe, he would see how much they do have in common.

I also think Aquaman would have also appreciated this gesture by Superman. 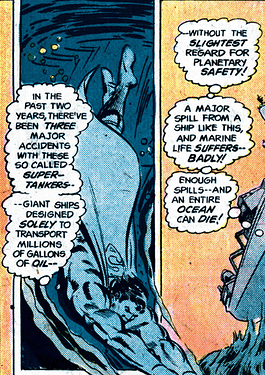 Now for Superman’s Pal, Jimmy… It was nice of Jimmy to take care of those kids, and a nice job by the chief… I mean… Perry… To also help out in keeping another competitor in business for the spirit of business.

It was also funny seeing Jimmy’s reaction to Superman helping him get to work on time. 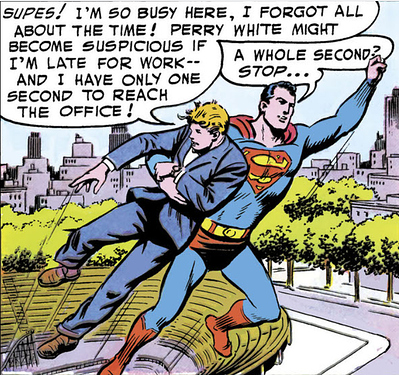 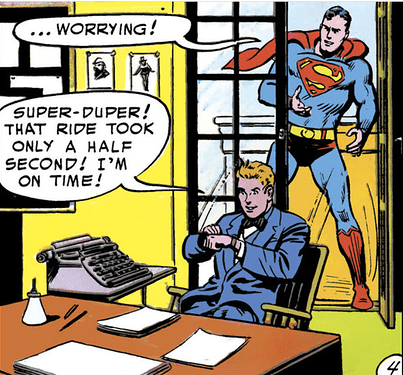 Scoop was also a very interesting machine… Should have known Superman might have been helping it save the day! 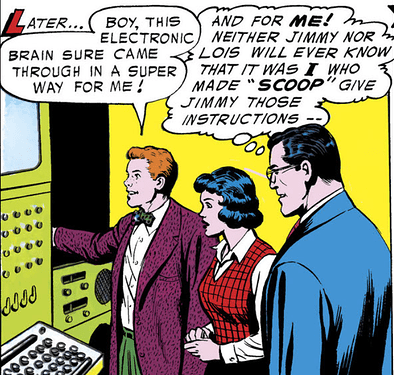 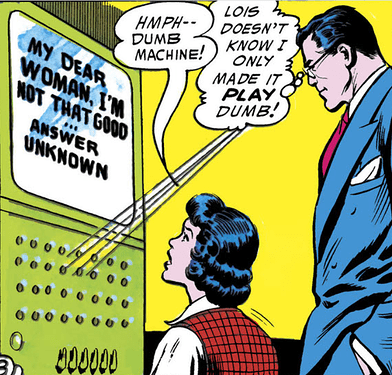 But this answer was really funny. Not sure if I like it either were I in his shoes… 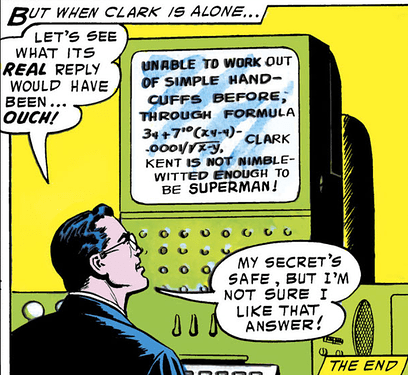 The souvenier stories by Jimmy were fun reading as well. Did not see it coming in how that invisibility belt would have been the undoing in the end.

Now for Superman’s Girlfriend Lois Lane… Oh boy is right with that double switch! At first I thought that perhaps we were going the route of Superman 2 with Superman giving up his powers. 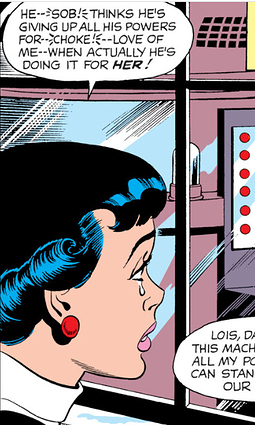 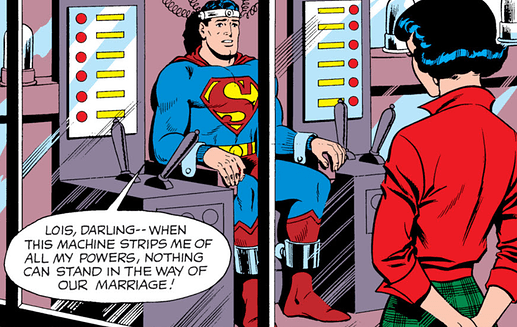 Happy it all worked out in the end. Also, when the story switched to having Lois grow a few sizes, it was clever work by Superman in protecting Lois from the killer, even at the end if it cost him his salary to make it up to Lois! (Rightfully so though).

I also wondered about this next panel while reading… 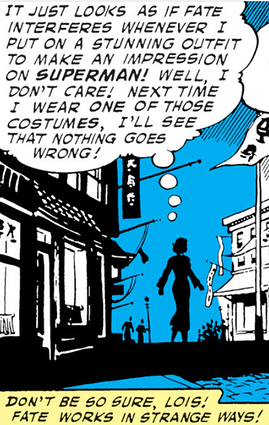 And finally… For the reading of DC Comics Presents…

It was interesting reading into Mister Miracle’s backstory given with this read as I have not had too much experience reading about M.M. yet. A very interesting illusion to help out Superman for sure! And he is a true illusionist in not revealing his tricks. 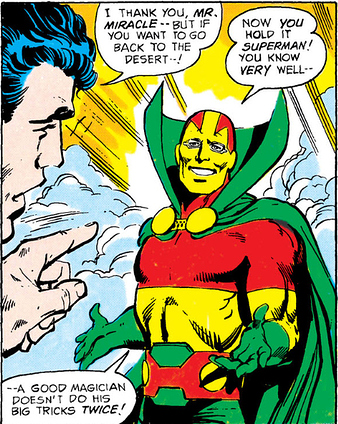