For our [Superman Fan Club] second reading in June, we’ll be scanning our eyes across Superman stories from the beginning, middle and the end of the Silver to Bronze Age yet again like a wooden cut out duck moving across the target plain in the circus arcade in summer! Coincidence? 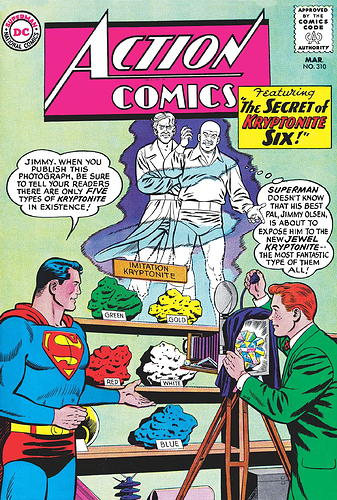 ACTION COMICS (1938-) #310 (released March 1964) Action 310 “SECRET OF KRYPTONITE SIX!” Jax-Ur convinces Superman release him from the Phantom Zone in order to save the people of Atlantis from a deadly plague. Some Jimmy Olsen goodness in this one too (Jimmy and some shelves full of different colored Kryptonite, what could possibly go wrong)!

WORLD’S FINEST COMICS (1941-) #71 (released July 1954, a couple of months before Don-el was born!) World’s Finest 71 1954 This, Superman fans, is the very cusp, the beginnings of Silver Age for Superman and Batman much like the Superman #76 published in 1952 that we read in May! Lois accidentally learns Superman’s identity while he is trying to rescue Batman and Robin, so Clark Kent and Bruce Wayne exchange roles to convince Lois that Clark is not Superman. 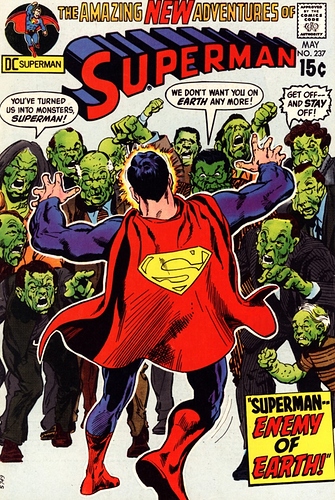 DC Comics Presents (1978-) #3 (released November 1978) (bi monthly!) Paging Adam Strange, paging Adam Strange!!! When Earth and Rann switch places, Superman and Adam Strange must handle disasters on each other’s planet and try to get their home worlds back where they belong. José Luis García López is looking good on this cover, and frankly David Michelinie is right up there on my “favorite comic book writers of the 70’s and 80’s” list. 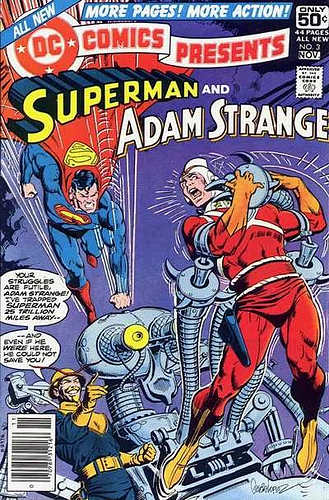 And, finally, let’s read one more where Superman is using a bow and arrow in the story, shall we?

WORLD’S FINEST COMICS (1941-) #86 (released January 1957) World’s Finest 86 1957 Superman, Batman and Robin are putting on a show for charity, but someone keeps sabotaging the performance. Only 13 pages, the rest of the comic is missing, so just the first story is here.

In two weeks: we continue our breathtaking tour of all things Superman Silver and Bronze! And I warn you sternly, make way for the King of the Earth, Superman! 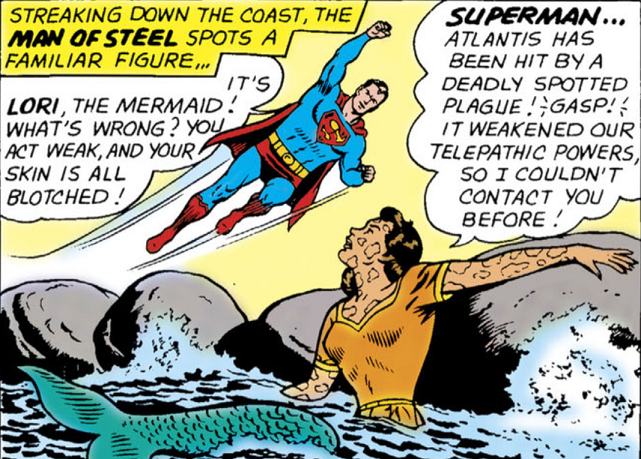 “Pfft. Get Aquaman to handle it!”

I really feel that the reading selection this time around of the early 70s Superman relaunch with O’Neil was one of the better ones!

The ultimate bad day at the office: 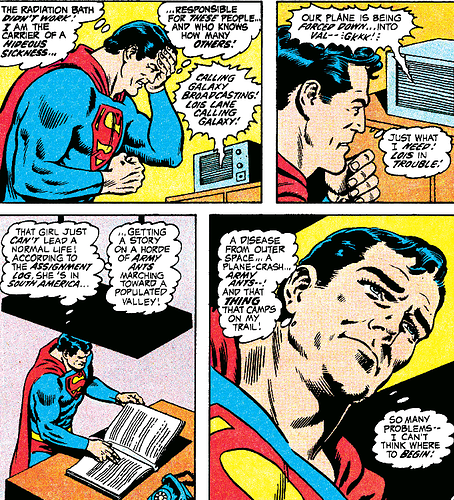 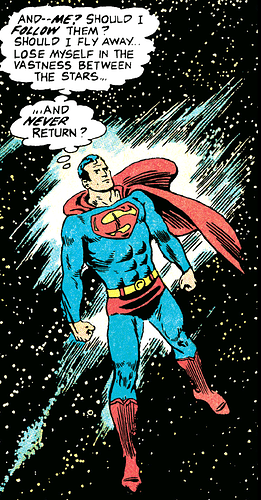 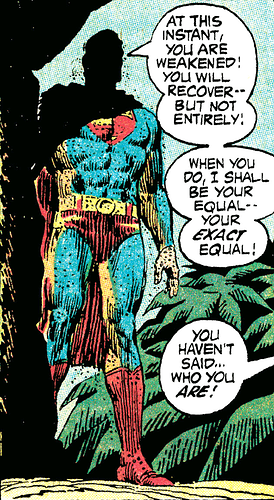 Fanboys: “That auction scene from Batman & Robin is stupid! Batman would never show up to public functions!” 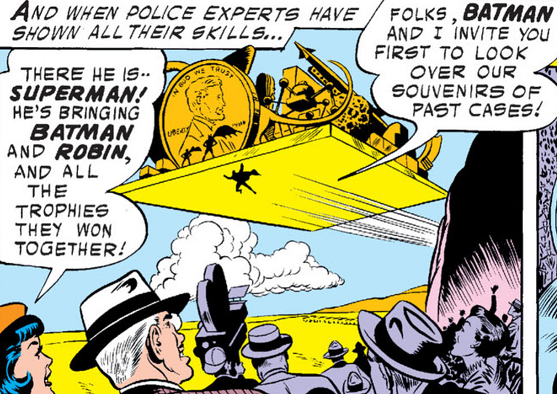 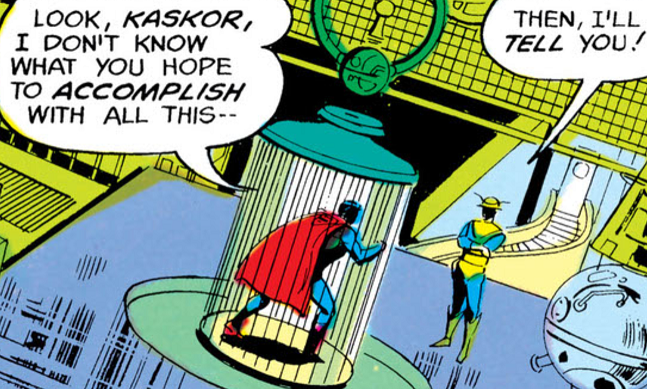 Even Rann has its share of James Bond villains!

I love seeing those gigantic Batman souvenirs of past battles!