Susan Eisenberg Would be on Board for a "Wonder Woman: The Animated Series;" Let's Make it Happen!

Susan Eisenberg has been one of, if not the most definitive voice(s) of Wonder Woman. She has been Wonder Woman in Justice League, Justice League Unlimited, and the Injustice games. She has stated that she would gladly do more work for Wonder Woman, and Andrea Romano, voice director for the shows, has voiced that she would like to return as well. This brings up an interesting opportunity: there could be a potential Wonder Woman animated show. The only way this will work is if we get Warner Bros’ attention! Post about this as much as possible! This show has an amazing potential to give Wonder Woman the definitiveness she deserves, just as Batman got through his animated show and amazing voice actor Kevin Conroy. Eisenberg is actually a huge Conroy supporter too, so the chances of Batman making an appearance on the show is extremely high! Let’s spread the word out and try to make this happen! 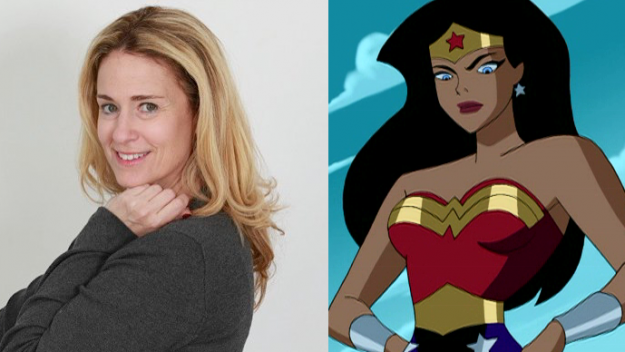 I would totally watch this, especially with Susan Eisenberg voicing Diana.

Yes please. There have been several amazing people to play Diana, but much like Conroy and Hamill are for Batman and Joker, Eisenberg is always the voice I hear when I read Diana in the books.

as someone said “Make It So”

I’m all for it. Having it be a DCU original with expansive marketing and merchandising programs would be ideal.

It should have happened years ago. I can’t believe that Wonder Woman still has never had an animated series.

I’d love if her more modern looks were incorporated into the potential show, especially her New 52 outfit.

I much prefer her Rebirth outfit. I could not stand the blue boots… they just look so wrong and unbalanced to me.

I’d be all for a Wonder Woman show! I’d love if it dove into the mythology aspect of her character. So many great things could happen with mythology and animation.

I would love to see this happen. Wonder Woman was the only one of the Trinity that was left out of having her own show in the DCAU. I’ve heard Bruce Timm say in interviews that his only regret was not making a Wonder Woman animated series.

I would watch it. But it would be beyond awesome if it was a return to the DCAU .

I’ve been waiting decades for a Wonder Woman animated series…

I would totally watch this!

as an aside, tfw you forget and go back to play Skyrim and hear voice actors Susan Eisenberg and Lynda Carter in the game

still pretty broken software, but Susan’s unique timbre shines across what feels like dozens of characters

so, but yeah, would love for her to return as Diana