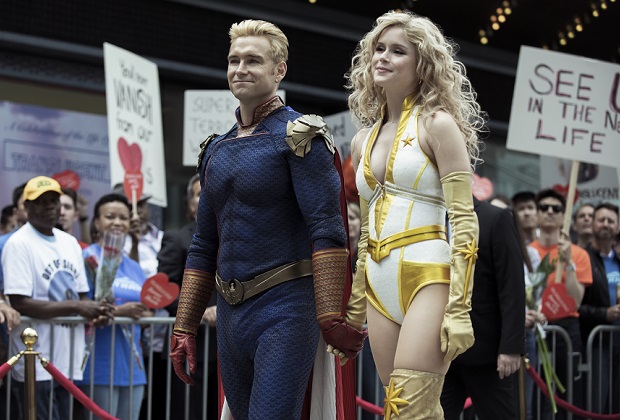 The Boys are back in town, with Amazon’s bloodstained superhero satire crashing back onto our screens for season two from September 4th.

However, any fans planning to binge the entire season the day it arrives may be left disappointed – because while there will be a few episodes ready to watch right away, a new release schedule means that they’ll have to wait a bit longer to see the whole story.

While season one of The Boys made every episode available at the same time in the style of Netflix original releases, season two is taking a more staggered approach.

From September 4th, the first three episodes of the new season (which sees the titular Boys continue to try and take down murderous, corrupt superheroes) will be available to watch – but after that, episodes will be released weekly every Friday.

This will continue until Friday October 9th, when the season two finale will be released.

In other words, the full release schedule is as follows:

It’s also been reported that a special short spin-off film called Butcher will be released “sometime in the middle of the release of the series,” created after a substantial number of scenes starring Karl Urban’s Billy Butcher were cut from episode two.

The first six issues of the series was published by DC but they discontinued it because of a certain scene in one of the issues they felt was to risky.
Dynamite picked it up and ran with the rest of the series.
I am a huge Ennis mark and I put this story right up there with Preacher, Hitman, and Punisher.
The first season was incredible and was the most watched series on Prime last year.
Looking forward to watching the first three episodes tonight with a cold beverage.

i can’t wait to have so much fun with this

It’s good to be back! Loved the first 3 eps. So glad we are getting more story with “Female”
Karen Fukuhara

Big fan of The Boys!! Didnt know anything about them until last season when it premiered. Season 2 has been badass!! Sucks that they only released 3 eps for its premiere. I guess releasing an episode each wk keeps the subscribers

Other than that, I’m enjoying the show!!

It’s been incredible so far!
I know we live in a “binge whole season” society, but something that lacks is when you watch a show weekly you can break it down with friends and talk about what you think is going to happen in the next episode like with the CW shows.
As far as subscribing you can bounce in and out with a lot of apps today. I live off of 1-2 month subs.

It’s such a good show. Just fun. You turn it on and have fun. We got Ennis’ Wildstorm series about Kev and The Authority on this app was like a proto type Billy Butcher.

Call me a old romantic but I’m loving this season so far. “laser my forking tits!”