The Sensational Character Find of... Every Year

Yeah, the wiki I was looking at listed the first appearance of every character in every reality they appear in, and it took me a while to realize that.

Doing a more thorough search, for 1946, how about Crazy Quilt?

I don’t think Painkiller’s a big enough name outside of the Black Lightning TV show itself.

Probably fair. I just figured he transcended media to get to the TV show, where he’s one of the highlights in a cast full of them.

Similarly, I’m hesitant to put any character here who hasn’t seriously permeated the comics or across media. Characters mostly confined to one show don’t belong on this list.

I was going to point out Chloe’s comic appearances until I noticed the “seriously” and the “mostly”. Fair enough. If this was about sheer quality instead of impact, I’d keep fighting this fight.

Okay, how’d I miss that? I thought I checked and saw Lex’s father had a variety of other names until the show settled on that one.

Since none of them can take 2001, how about Slobo?

The White Canary from the comics has absolutely nothing to do with the one seen in the Arrowverse.

Oh, I’m aware. At first I just thought there weren’t a lot of options for 2010, and at least the name transcended media.

But that’s what I get for doing it so late and expecting myself to recognize every character’s secret identity, because 2010 is when we got Kaldur’ahm! Yeah, I know, he’s not the first Aqualad, but he transcends media and is still a major enough character that this year alone he took over the Aquaman book for a couple months and got his own graphic novel, cementing his importance in representing the LGBTQ community.

if we’re giving it to ANY 2016 character, shouldn’t it be one who carried their own book? Like, say, Kenan Kong, in NEW SUPER-MAN? You could also make a strong argument for Godspeed, who’s been a major Flash presence for the past 4 years.

I missed them for the same reason as above. You’re absolutely right, it should be Kenan. That book was excellent. Why haven’t you made it official yet?

Sideways’ series didn’t actually end up lasting very long, so I’m not sure it’s right to call him a “Sensational Character Find” like Robin’s proven to be. Some other 2018 characters, like Perpetua, Crush, and Upside-Down Man, have proven more enduring.

He has since joined up with Young Justice, so I think he’s catching on, and I think he’s going to be known outside comics soon. But I definitely shot myself in the foot by realizing that was the year of the New Age of Heroes, then looking only at that line. Of the ones you mentioned, I’d give it to Crush, but that’s just me.

This one’s fair for now, but we may revisit this depending on how Jo Mullein pans out.

Wait, what? I haven’t heard of this!

And I’d actually argue Custer is a perfect choice.

In fairness, he was the primary antagonist for an entire season of TV.

Personally I’m on your side here.

2006 was a tough call, to be sure. Lot of big contenders. But despite liking Kate more, I’m sticking by Damian. He’s been much more central to the Bat-Mythology since his introduction.

Even though Kate’s had a bigger impact outside comics?

I’m not sure that’s true either! Damian was one of the central characters to the DC animated movie line for years, compared to Kate Kane’s one season of television.

I’ll admit, I care much more about characters’ impact on comics than I do about external media. Harley Quinn is an exception to my rule only because after debuting on screen, her presence in the comics through the 21st century has been so ubiquitous.

Wait, what? I haven’t heard of this! 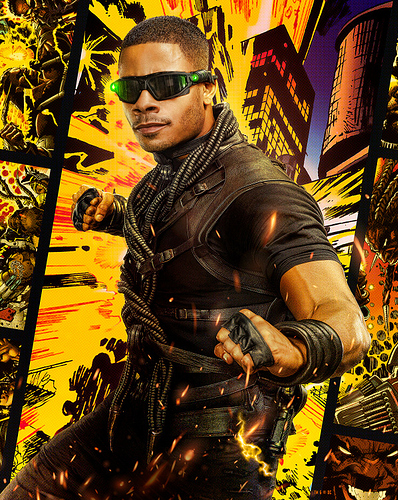 Black Lightning is getting a spinoff, with the CW developing a backdoor pilot around the Painkiller character. Painkiller will star Jordan Calloway, reprising his role as the eponymous character. T…

While that’s true, I think the TV show is a bigger stage, especially considering it also involved appearances on other Arrowverse shows.

I’ll admit that Kate Kane has been the sole star of more projects through the last 14 years than Damian has, who usually exists as a reflection of Dick, Bruce, or even Jon Kent. But, it’s weird to have Jon on the list and NOT Damian!

And I seriously doubt this thread will still be going by the time it airs, but if it is, yes, we better revisit this one.

Also admittedly weird to have Dick, Jason and Tim on the list, but not Damien.

(Once again, Stephanie gets the short end of the stick.)

I guess I just can’t ignore the issues of quality, perception, and representation.

Batwoman was such a good book, I know plenty of people who only read it.

Damien has been so well integrated into the universe, his batting average just has to be lower, and he’s fairly divisive, as he has been since 2006.

Also, Kate’s appearance was a watershed moment for LGBTQ representation in comics at a time that was very different for them IRL. That character may have honestly changed some people’s minds.

Cool. I haven’t been active on the forums long enough to know.

I’ll definitely keep you accountable when the show airs, then.

Yes, I said “when”. Let’s be real, CW doesn’t just not turn down DC shows, depending on how you count they’ve picked up 1-4 DC shows that other networks either didn’t pick up or didn’t renew, so I find it highly unlikely that Painkiller won’t make it to air.

Does anyone even like Damian? And Kate is perfect!

I like him well enough, though I still prefer Tim.

I know he’s got no shortage of much more enthusiastic fans, though.

I like Damian. I like Kate better, but I think Damian has had more of an impact on the Batman universe as a whole. Representation is important but it needs to be totally pervasive to make it on here. This isn’t about who DESERVES the title, but who HAS it. Quality is immaterial.

Fair, though I say by those criteria Kaldur’ahm is still an excellent choice for 2010. I at least don’t see how you’re going to do any better.