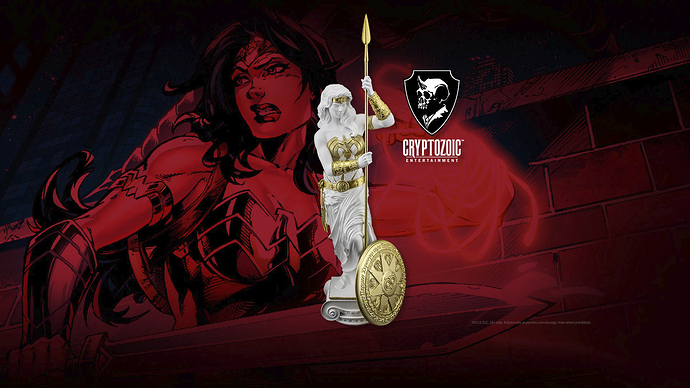 Beautiful as Aphrodite, wise as Athena, swifter than Hermes, and stronger than Hercules, Princess Diana of Themyscira fights for peace in Man’s World.

This week we have partnered with Cryptozoic to bring you this beautiful statue inspired by the character’s ties to Greek mythology and reimagines her as a classical Greek sculpture. Paying homage to the famous Venus de Milo, the marble-colored polyresin statue measures 14 inches from the base of the plinth to the top of the spear and features gold-accented versions of the Super Hero’s iconic bracelets, lasso, and other accessories. The spear is removable and the rim of the shield is inscribed with Wonder Woman’s classic epithet in Greek lettering: “Beautiful as Aphrodite, wise as Athena, swifter than Hermes, and stronger than Hercules.” This meticulously crafted collectible is truly a work of art! Enter now for a chance to win

Enter this giveaway for a chance to win now through March 6th!

Kind of reminds me of the Athena Parthenos.

I like the statue, it reminds me of memorial statue you see at the cemetery.

love it! Looks like a museum piece. Such fine detail!

I hope I win something for once