Thoughts on the movie man of steel?

I’m personally a big fan of it, but what’s your thoughts on it?

Thought it had some good ideas that were not executed very well. Clark Kent/Superman barely has any dialogue in both MOS and BVS which imo is a problem. They also get way too heavy handed with the Jesus symbolism. Structure wise the movie itself feels very disjointed. Especially the third act which is just action action action. Ultimately it’s pretty evident that David Goyer was trying to recreate Batman Begins but with Superman instead of Batman when writing the script and it didn’t really pay off well since the movie itself is still polarizing to this day.

I love it. Definetly has issues but overall, it’s my favorite Superman film! I’m probably one of the few who enjoys the third act and the action action action

I do not think that zach Snyder really understood the character. Superman is not someone who really feels burdened by human. He shouldn’t have conflict about saving people. In other media, like the dcau, Superman is a really chill dude, like in the comics. I love zod and Lois in this movie though. Henry Caville is my favorite looking Superman though. He is also a really good actor.

I love it visually. It’s a gorgeous movie. I also like a lot of the other aspects. Pa Kent’s death should have been handled better, it was sloppy and unnecessary the way it happened. The stuff on Krypton was great, but it was too long and took away from Superman’s screen time. It felt like we went from Krypton right into Superman vs the Kryptonians without much in the middle. While on Krypton, we’re not spending any time with our main character so it just is a waste of time. We can spend time on Themyscira because Diana is actually there and we see her character and see her training/interacting with other characters, but on Krypton we just see Jor-El. Zod and Lois were great. I really love the Man of Steel Lois Lane. Faora was really cool too.

Love it. My second favorite live action Superman movie after Superman: The Movie. I think it’s exactly what a Superman reboot needed to be.

Beautifully shot movie, greater depth than any MCU offering. Really would have liked to have seen a MOS 2

Initially, I thought it was a good movie. But, that was before I read the Golden and some Silver Age comics, and now my response is haha. The ONLY live action Superboy/Superman has been Christopher Reeve. I am going to revisit the Animated Series with this new lens, but no one else comes close to matching Reeve’s ability to be both meek and friendly while being a pacifist, yet powerful (although Superboy’s season 1 actor makes a few nods to the “old times”).

In Superman II, Superman sees the destruction Zod, Non, and Ursa are causing and goes to the closest thing to a home (real home) he has, knowing these ruthless Kryptonians will appear in order to keep people from harm. Unlike Man of Steel where he “happily” allows Zod to pummel him into buildings only to snap Zod’s neck instead of being smart (like Reeve) and maybe try to speed in front of laser eyes and save that family without killing Zod. Then, Henry Cavill does not stumble or try to isolate the Clark Kent persona from Superman, they are both identical in the film.

Obviously, I could go on, but those are the main issues I have with the film and a good argument requires evidence.

Loved it. And would like to see Faora come out of the phantom zone and try wipe out Earth with Darkseid or some other villain 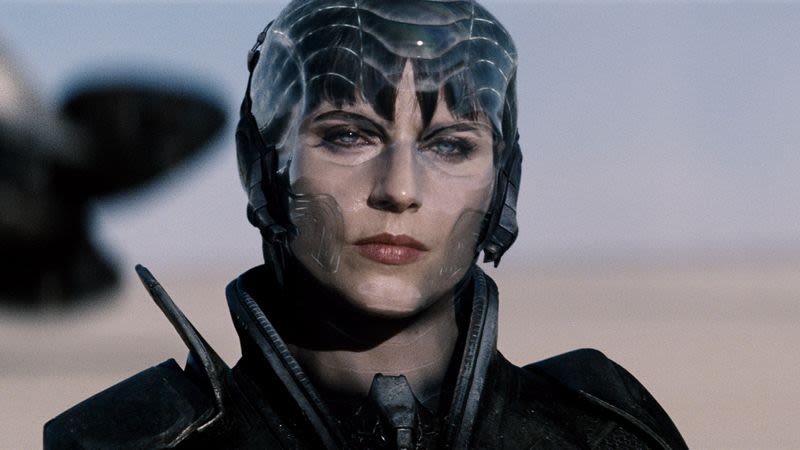 Great action, music and cast. Awful depiction of Superman’s character arc and his adopted parents gave the worst advice ever.

Most accurate Superman movie ever

It was a bit of a mess. Henry Cavill was a good choice but Amy Adams was miscast. She never gave me the fast talking hard as nails yet vulnerable Lois I need. Villians were lame, an invasion of Kryptonians takes away the focus of Last Son of Krypton. Clark going to find himself and growing a beard and working on a fishing boat was dumb. Clark as reporter was shoe-horned in at the end so no newsroom chemistry with Clark and bullpen. Also he didn’t appear in his drab washed out costume until last act. Killing Zod was fine but over one random dude? Really? Shouldn’t Lois have been at the brink of death? Not much in the way of a sense of joy anywhere except his learning to fly scene. Unnecessary reboot and Scott Snyder’s vision was as drab and washed out as the costume.

To abfgsmw, I’d argue that even if he found a way to stop that family from getting killed, the movie still would’ve ended with superman killing zod. Like zod says himself, “either you die or I do” he really had no other choice. He was never going to stop killing people and there was no non lethal method of taking him down at that point.

I was never a fan of Amy Adams as Lois Lane. No knock on Adams as an actress. She just didn’t scream Lois to me. The depiction of Krypton was awesome. I wanted to see more. Glad they just moved fast with the origin story. Hated Supes killing Zod. Maybe find a way to send Zod back to the phantom zone?

I’d love to see Faora return. I developed a substantially higher interest in her after Man of Steel.

@mellengirl00.95851 There are other non-lethal ways to deal with Zod. Superman could have sent him to the Phantom Zone, flew him into a solar system that negates Zod’s anilities, or if he had just waited a few years, he could’ve used the Kryptonite from Luthor, by asking Batman, and forged a Kryptonian prison. Or just create a weapon utilizing a red sun’s energy and remove Zod’s powers.

Superman is supposed to be optimistic, a beacon of hope, and the one guy who does the right thing when all else goes wrong. This version does not indicate that. While I still enjoy certain aspects of the film, now having knowledge of the source material, the film is very inaccurate.

*abilities not anilities (and I proofread).