WarnerMedia Upheaval - Let's Talk About It!

Even more telling is that some of those are within the past 3 months. Very interesting.

Yeah . Maybe they will give us newer books to appease taking away videos.

do you mean the OnDemand Apps?

Yes. its supposed to be coming but its not on the service yet.

That’s the thing, they don’t have one. Im assuming by Christmas.

Where’d you hear they were getting one?

There’s several articles if you google search about it and you can use your Comcast ID to access the app. The issue for me and others is the lack of platforms the app is on. This will change eventually

comprehensive site
With a lot of old stuff
That stays

HBO Max is not like that
They even removed
Harry Potter
So people
Who wanted it
Would have to buy it.

You are definitely right about the difference, but even then I don’t know that Disney+ truly has comporable stuff to some of the stuff on DCU. They have some “curiosities” from Marvel on Disney+ like the Spider-Woman cartoon. But while Marvel has fewer shows from prior to the last 15 years or so like DC does. As far as Disney shows to me stuff comparable to The Flash TV Series, or Birds of Prey, or Superboy would be Disney produced stuff like the 100 lives of Black Jack Savage, or The Mouse Factory, The Littles or Teen Angel. I.E. the shows that most have truly forgotten and don’t have huge followings now.

So yeah unless the shakeup at Warner means that HBO MAX is going to be more of a comprehensive Warner library like Disney+ there is little chance, but even then half the stuff we got now I would not expect to be on there even if that was how they did business.

Now to be fair, the average person probably doesn’t care about Legend of the Super heroes or the Superman movie serials anyway. But I do think people who think that they will just bring over the current video library in it’s entirely to HBO MAX and we will finally get that “everything DC” media library many thought/hoped DCU would be are going to be dissapointed once again. HBO MAX will clearly come closer to that then DCU ever did, but it isn’t going to be that. And anyone who thinks the comics will be added to HBO MAX like some keep insisting are really going to be dissapointed, I believe ATT/Warner/DC would drop having a digital comic service entirely before I would believe they are adding 25,000 digital comics to HBO MAX.

I subscribed for Swamp Thing, Stargirl, Titans, and all the classic TV Programs (Adventures of Superman/Wonder Woman/Superfriends…stuff I grew up o. Sorry…not sorry…if I’m someone who would rather support the Local Comic shops or be out doing stuff other than sitting around starring at a comic book on a computer screen.

Full price with no video content? You all must be out of your freaking minds 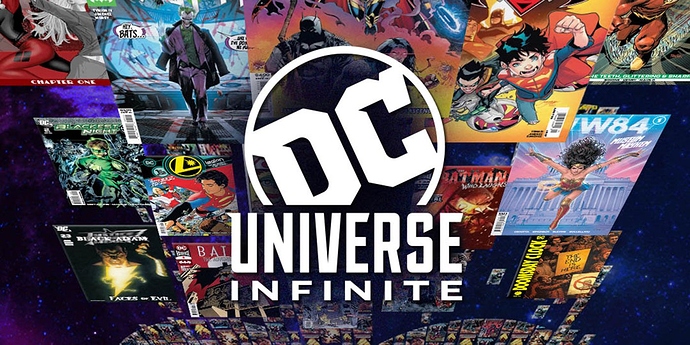 Full price with no video content? You all must be out of your freaking minds

For the price of 1 Black Label comic, you get access to thousands of comics. I’m still in.

Did it say they’ll have the black label?

Yes. And some graphic novels.

Me, too. And it competes fairly with Marvel Unlimited’s service.

Thanks: Independent Thought / Power to The People /

Viva la printed work. But I’m keeping my dc universe account. Love not having to handle some of my and my wish list back issues lol

Months ago now I posed the question “Is DC Universe Website being shut down?” and everyone said no. Guess what? I was right Mother#*$&ers!!! It’s cool tho bc I get that cool voucher and more comics.

Technically, you weren’t right. The video content is leaving but the site itself isn’t shutting down, just transforming