What do you feel is the best 'death' of batman? possible spoilers ahead

However personally what I feel was Bat’s best death comes form Batman (Rebirth) annual number 2, where he gets the best death of them all, he gets to die in his own bed his wife Catwoman by his side, surrounded by his family and friends, leaving a kitten for his wife to find in his first Batmobile, which his wife had stolen and taken for a joyride earlier in the book well leaving a mouse behind for him. I feel if anyone deserves to go out this way its batman given how many times he has saved the DC universe. So this is my favorite and what I consider the best ‘death’ of Batman. How about you what do you feel is the best ‘Death’ Batman had.

Sidenote: the most epic death batman has ever had has to be the end of The Dark Knight rises. 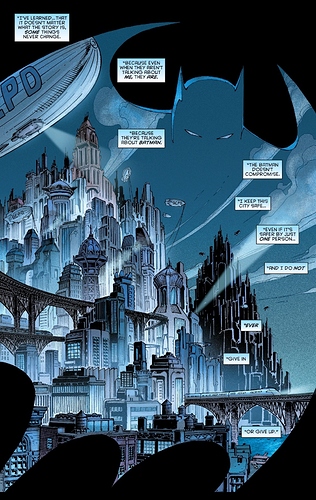 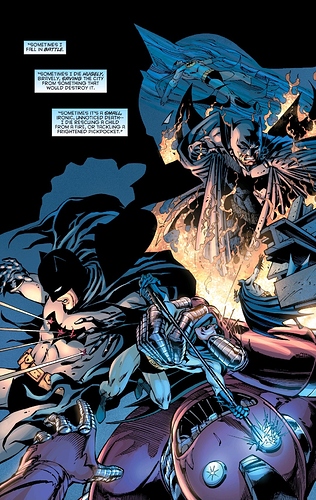 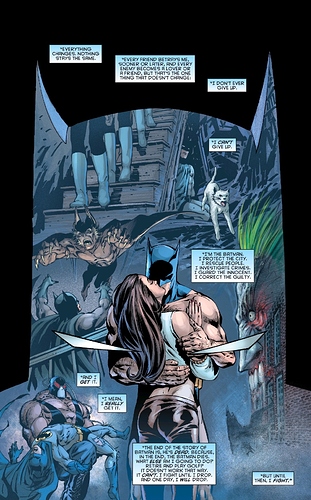 I always thought that Batman would have a longer lifespand than a normal human due to his adventures and live to be at least 160 yet no books have explored that idea. But I think of all the ones in the actual comics Final Crisis is the one that works for me (I never got the hype about the second annual).

well I feel batman is actually a super-soldier via diet and exercise routine he keaps… his biggest weakness ishe is prone to heart issues in old age. However, if you have not read for batman the dark knight returns III: the master race read that first.

I would have actually picked batmans death in the Dark knight rises as the best death for batman, as it took a netron bomb to finish off “Batman” well Bruce Wayne gets his happy ending with Selina Kyle and picks up golf

. Hype about The second annual is this: Batman gets to be both happy and continue to be Batman, lives happily married to Catwoman until his heart (he is known to have heart issues as of batman beyond) takes him. given in batman (reborn) number 50 he actually asks Alfred if he can be happy (which really tugged at my heartstrings) as batman use his pain and anguish as armor that drives him ever forward so the story s us the hope that yes batman can be happy and still be Batman.

I actually liked his “death” in Endgame after his fight with Joker. He says (paraphrase) “I’m just going to lie here with my old friend”. There was something almost peaceful about it. He seemed content which made me think the key to a Batman death isn’t how but that he is ok with it.

The RIP/Final Crisis death was a mess, but I love “Whatever Happened to the Caped Crusader”!

Best Batman death is fascist batman getting a batarang in the spine. 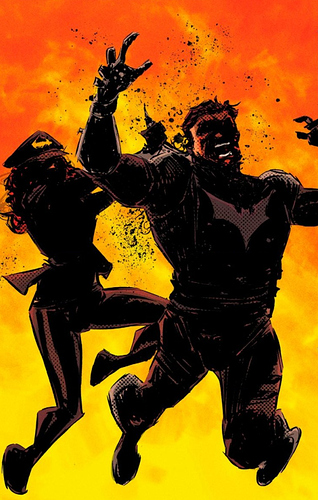 Agreed, I think that was a perfect death for Batman.