Knee jerk answer is: nothing. Superman is the best, bar none.

Upon further reflection, what bothers me just a smidge, is probably one of the things I like most about him: his idealism. A little (just a little) fallibility can go a long way in affirming the humanity we all tout as one of his core traits.

When he isn’t treated

When he gets angry, he breaks records held by Bono.

With an assist from PFChangs 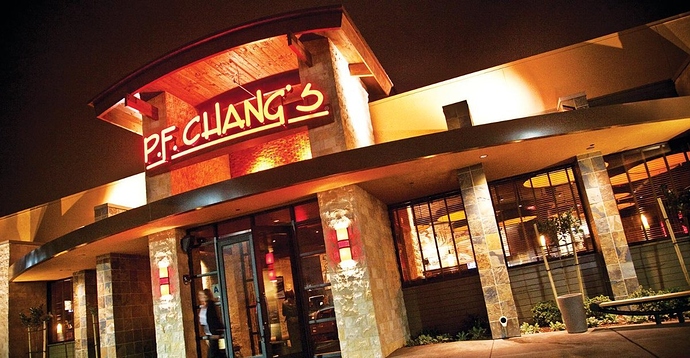 I gave him a few tries. Read Waid’s Birthright, Millar’s Red Son, Superman For All Seasons, and All Star Superman. He just never really appealed to me for whatever reason. I have not attempted to read a run of the character though.

Birthright grew on me over time.I can’t stand Red Son. For All Seasons is really well done and I have an appreciation for All-Star Superman, even though it’ll never crack my top five Superman stories.

Not having a red trunks, Henry Cavill did a great job playing Superman, but I don’t like the Superman costume cause it looked ugly without the red trunk and a yellow belt. Sorry!

What’s your top 5? Also, standing on a Red Son would burn your sneakers so I don’t blame you!

Fantastic question! In no real order:

That he’s a little too handsome

I gave him a few tries. Read Waid’s Birthright, Millar’s Red Son, Superman For All Seasons, and All Star Superman. He just never really appealed to me for whatever reason. I have not attempted to read a run of the character though.

I can’t really say there is anything I don’t like about Superman as a character. I don’t like the way some writers have handled him though.

There’s not a lot that I don’t love about Superman, especially when he’s handled well. But I have to say that having roughly ten thousand supporting characters with the initials L.L. gets really cumbersome. (It was always funny in the silver age when he’d meet an L.L. and the thought bubble would be like, “Their initials are L.L.! Just like so many others I know! What a remarkable coincidence!” And I’m over here like, “Nah, dude, your writers are just working with a typewriter that sticks.”)

The only thing I don’t like about Superman isn’t even about Superman. when another Kryptonian shows up, they are suddenly as powerful as Superman. I was going to start a thread, but clearly never did.

my head canon has it this way: the main source of Superman’s power is that since arriving as an infant, he has been soaking in the rays of the yellow sun. at the end of each successive day, his physiology, his cellular structure, is absorbing this energy. day after day, this continual buildup is happening. regardless of when abilities begin to manifest (puberty being the most traditional), he is still on Earth, soaking in those rays of sunshiny power (and goodness).

let’s say he dons the suit somewhere in the neighborhood of his 25th year on the planet. 365 days times 25 years, plus however many leap year days and within minutes the new arrival is almost equal to Superman in strength etc. It’s poor comic book logic in my very own however humble opinion.

I know there are exceptions to this, but it is usually somehow equal so they can have that super slugfest that everyone expects when it comes to Superman.

Traditionally, he was super-strong as soon as he arrived. It wasn’t until John Byrne rebooted him in the mid-1980s that his powers became associated with puberty. (Is it any coincidence that Byrne spent some time working on Uncanny X-Men?)

the puberty thing: well, if it works, why not use it, right?

Like I said, it is more my idea of Superman than anything I read.

I don’t like that he’s an alien but looks like normal human being. I know he was created in a time where aliens looked quite human but he only has human features.

@Angel.Azrael I understand your point but I would have to say that’s what I love and also find scary. He is mostly indestructible and looks so human no one would ever think twice that an alien race looks just like humans. I dare say what if there is an alien race that looks like us already no one would give them a second look unless they did some vary weird things to catch people’s attention. I think it’s pretty ingenious to have Superman looks like us but is not us; he could have went evil just like the movie Brightburn. No on expects a thing until it’s too late.

Lois was a redhead off and on throughout the 90s and early 2000s.
Superman issue 50 there was red on her head. 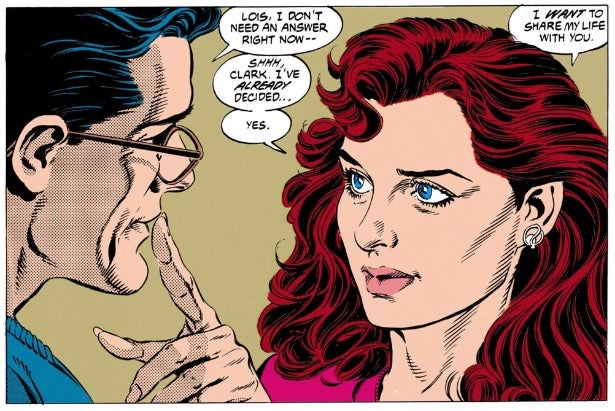 I think the thing that I dislike but also love about Superman is his devotion to his family and loved ones. On paper that is great but in practice there are consequences. How many times could the world have been saved swiftly if he wasn’t off to save Lois or flying to Kansas or helping out another hero?

This has more to do with the writers but I want to see more Superman throwing his plastic wrap shield at villains. I feel this has not been used properly since Superman 2. 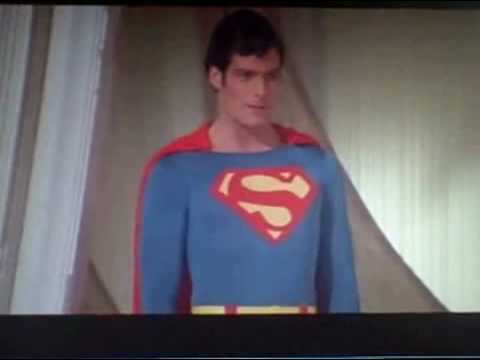 I agree, it also makes Clark feel more human in a way, or also represent how he is literally a super man…