" In 1984, the DC Univere skies were just beginning to take on their crimson hue. It was the final full year before Crisis on Infinite Earths would clear the decks, and the Monitor had just begun to test the mettle of the world’s heroes for the upcoming Armageddon. In 1984, though, that infinity of Earths was very much still in play. What this means is that throughout the year, there were not one, but two significant Wonder Women depicted in the Multiverse: Earth-One’s battler of the gods, and Earth-Two’s Nazi-fighting champion of the All-Star Squadron. We’ll be focusing on the Earth-One incarnation because those Earth-Two stories are set in the 1940s–and this is all about seeing what Wonder Woman was up to in ‘84.

To start the year off, Wonder Woman came face-to-face for the first time with one of the greatest enemies she would confront before the Crisis: the Aztec god of kings and warriors, Tezcatlipoca, in Wonder Woman #314 . Years later, Tezcatlipoca would play a significant role in the backstory of Aztek and would later still be resurrected for a team-up arc between Aztek and Wonder Woman by Steve Orlando in 2018." 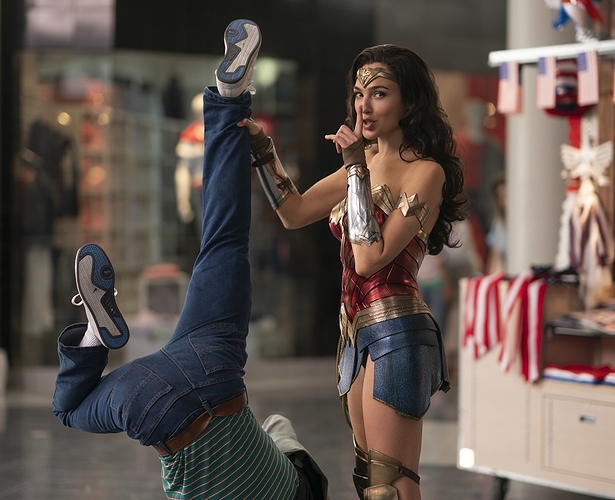 In just a few days, the first lady of superheroism is poised to take us back to the 1980s in her latest (and now officially “certified fresh”) cinematic adventu