Who Is The Best Batman Actor?

I liked “Nolan/Bale” Batman. But my Favorite’s Are Keaton/Affleck! … Keaton was my 1st live action Batman (aside West reruns)

… although Kevin Conroy is my All time favorite Regardless whoever live action gets the role!

Crazy that they left both Affleck and West off the “Who’s Your Batman” poll!

I’ll admit it is odd

What was wrong with Kilmer?

Nothing, but I’d argue it’s weird to omit West and Affleck in favor of Kilmer, who only did one movie.

Bale will always be my Batman. To me, the Dark Knight is Batman. If I had to show someone one Batman anything, and say this is Batman to me, that would be it.

To me, he did the best job at being both Bruce Wayne and Batman. Th real test here is that I was equally as interested in the Bruce Wayne parts of the movie as the Batman parts. It’s a hard task to balance both sides of the character and while I usually enjoy most actors as one or the other; I feel Bale captured both perfectly.

Didn’t mind the acting for those movies; but they were too realistic for DC comic based material 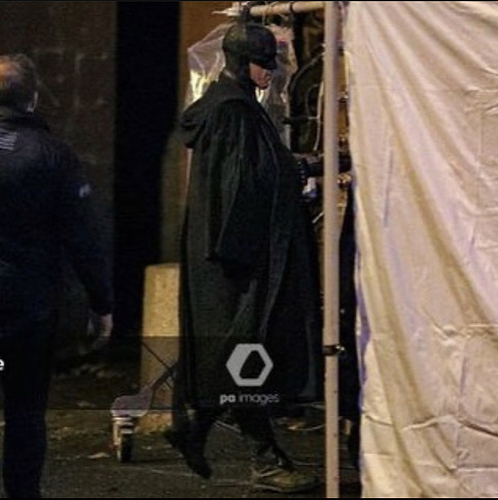 On the subject of the best Batman actor, there’s an episode of The Goldbergs, which I’ve been watching and like a lot, where the youngest kid and his grandpa get in a big argument because they disagree over whether Adam West or Michael Keaton is the best Batman actor. It’s “The Dynamic Duo”, episode 20 of Season 4. I liked it.

depends on the era the viewer grew up with I guess

I don’t know about Wilson and Lowery, but starting at least with West, every Batman actor has been excellent. I have a really hard time picking!

I think Keaton might be my favorite, but I’m holding out hope that Pattinson may dethrone him!

Been a while since I did a poll. So let’s start back with who has the best bat mobile?

Kevin Porter from Bat in the Sun, the most realistic Batman in live action films ever.

I love the Michael Keaton Bat Mobile the best. I know that might sound odd, because Christian Bale is my favorite Batman. But, the Keaton Bat Mobile has the sleek, Gothic look to it that really stood out to me when I was a kid. The other Bat Mobiles are fine. But, this is the one that still screams “Bat Mobile!” to me.

I love the fact that Clooney has literally 0 votes.

Not really his fault; that might have happened with any actor that took the role

In my opinion I don’t think there’s ever been a bad bat mobile. They all have different designs and different features which makes me more interested. Can’t wait to see Robert Pattinsons.