Who is the most underrated DC character?

Who is the most underrated DC character or characters?

What are some good story lines of the character?

In my opinon it would be the Phantom Stranger any good story line suggestions for him? 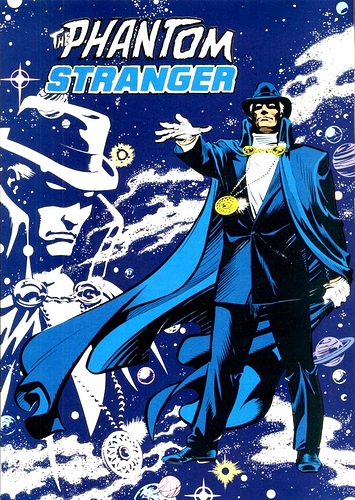 Oh, I think there are a ton of really awesome characters that deserve a lot more love.

I’d really love to see more attention given to The Question. He’s such a fun character, I just love seeing him in just about every medium.

I enjoyed The Warlord when I was a good. It was a sword and sorcery title. Never heard much about it following the eighties. A spinner rack fav.

I feel in terms of extended media representation Tim Drake is underrated. He’s an awesome Robin and has been said to be on par with the greatest detectives and tactical minds of the DC universe. I want more of Tim.

I’d concur in both The Phantom Stranger and The Question being underrated.

But, (regardless of Hush animated) The Riddler is a very underrated villain and just as interesting as the Joker as a character.

Also,!i know many people loathe him because of Identity Crisis, but Dr. Light is a very good villain and very underrated. If it wasn’t for IC and being used as bumbling in Teen Titans, I doubt a lot of folks would have even heard of him.

Phantom Stranger’s appearance was so weird in the Swamp Thing show but I still like how he was handled from a story perspective.

Dream Girl of the Legion belongs on this list.

Nura Nal represents her planet as the greatest Seer on a planet of precognitive people. She excelled as a Legion leader and Deputy Leader. In addition to her beauty & sex appeal, Dream Girl also shows brains. She’s smart enough to employ super-science that changed Lightning Lass’ original power, and she’s often described as among the team’s top minds.

Not only is Dream Girl smart, she’s also strong-willed. Universo considered her one of the great threats to his conquest schemes for that very reason. She’s one of the few Legionnaires with willpower strong enough to exceed the primary purpose of the Legion Flight Ring, and use it in telekinetic stunts! She showed enough discipline to study martial arts and become their third best hand-to-hand fighter.

Dream Girl stands at the intersection of Science & Mysticism, which opens up many possibilities for stories.

Every 90s legacy hero who got shoved aside when their Silver Age predecessor came back. Connor Hawke, Linda Danvers, Kyle Rayner, Cassandra Cain, and others I’m sure I’m not thinking of. Don’t get me wrong, I love the classics and I’m a sucker for nostalgia as much as anyone – but DC had a whole new generation of heroes and they tossed a lot of them aside when they brought back the old versions.

I’ll second Dream Girl. She’s worked her butt off to be a top tier member of the Legion. That hard work and dedication should be reward.

I wonder how many of those skills and work ethic we will see in the Dreamer character on Supergirl.

The House of Mystery gets my vote as the most underrated character in DC.