Who Would Have Won? 💥Meta Madhouse Loser's Bracket: Maniacs 8💥

It’s another day in the Meta Madhouse: Tournament of Terror, where villains battle against each other in a fight for the ages!

It is here, in Who Would Win? Loser’s Bracket that the top 2 losers from The Joker Maniacs: Round of 8 have been given an opportunity for redemption, a new life, and a chance to be The Joker Maniacs 2ND PLACE! Who’s got the last laugh now, hmm?

Who do you think should have had this match in the bag? 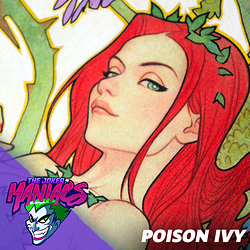 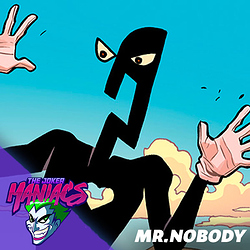 Who Should Have Won?

Mr. Nobody does bring on certain Doom… Except for those that are on Patrol… If you know what I mean?

Ivy doesn’t stand a chance. Mr. Nobody can literally erase her from existence in the blink of an eye. Her plants can’t defend her against that.

And it makes no sense that Nobody lost to Freeze! Nobody is one of the characters that should’ve made it to the final four. The only person I could see taking him on and having even the slightest chance of winning is Anti-Monitor… maybe Reverse Flash. But Ivy and Freeze? They’re Little League compared to Nobody.

I love Ivy, but Mr. Nobody is on a higher level of existence.
-M

Ivy technically won, but the Lazarus Pit Save was the only reason she lost. But, if Ivy and Mr. Nobody faced off, Mr. Nobody would win.

Also, even in the series, he really has emotional issues/baggage in regards to women. I think he’d willingly let the beautiful Ivy use her mind control spores on him.