Why Has Justice League Unlimited Not Been Brought Back?

Justice league unlimited was the ultimate cartoon. Not only did you have perfect voice actors for the roles but you had soooo many guest characters from every corner of the DC Universe. All the voice actors have expressed interest In bringing the show back and Bruce Timm still works closely with DC. It seems like a no brainer to bring back especially with how many toys they sold with the original show. All that would be needed to make sure the show was perfect is bringing Andrea Romano back to cast the voices for any new characters.

Do you think JL unlimited should be brought back and if so why do you think it hasn’t been yet.

As much as I love it, I also feel like there’s not as much of a need compared to something like Young Justice. The storyline there was unfinished and needed to continue, but JLU wrapped up on a pretty satisfying note. Not that there aren’t a ton more characters/storylines you could still do in that universe, but I’d be a little wary about it coming back purely because of its popularity

Totally get what you’re saying but since it ended there are so many new characters the show can introduce and there’s always more story’s to tell. Rewatching justice league V fatal five just brought a huge smile to my face with the art style, voice acting, and music score, it all made me miss JLU

I mean I definitely wouldn’t be opposed to seeing more animated movies done in that specific style, especially considering how much I enjoyed JLvF5

I’d be up for a DC anthology series done in the JLU animation style.

They wanted to end it in season 2, hence why they ended the season with Batman Beyond “Epilogue”, but Warners wanted them to do another season, so I don’t think the interest would be there, unless it was a one off Movie like they did last year.

Nearly every DC animated show ends at its peak. Batman: The Animated Adventures, 2 seasons, three if you count the single season New Adventures of Batman. Superman: The Animated Adventures, 3 seasons. Batman Beyond, 3 seasons, Justice League, probably the best animated show ever, only 2 seasons. Justice League Unlimited, 3 seasons. Static Shock, 4 seasons. To be honest I never really watched that last one. Now stepping away from the more popular shows we see The Batman had 5 seasons and batman: The Brave and the Bold had 3. Young Justice only had a third season due to pressure from the fans. And I am praying for a fourth season. I have no idea why the people at WB or DC are so eager to throw away proven popular shows. Either Justice League or Justice League Unlimited could have done two more seasons without getting old. And for that matter of the characters in the original Justice League, only Batman and Superman had standalone series. I would have loved to have seen the animated adventures of Wonder Woman, Flash, Hawkgirl or Green Lantern.

And I am praying for a fourth season.

It’s almost a year old, but your prayers were answered! 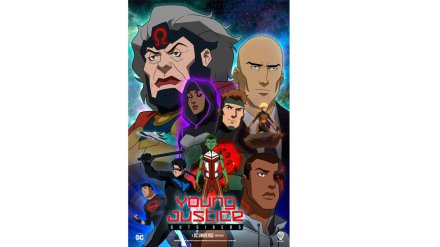 I agree. I don’t necessarily think JLU needs to be brought back as a series but I’d love to see more animated movies continuing the JLU storyline like JLvF5 did. I’ll always be a huge fan of Bruce Timm’s generation of the DCAU.

I would have loved to have seen the animated adventures of Wonder Woman, Flash, Hawkgirl or Green Lantern.

I’d love to see a new season of JLU. It was such a great showcase for lesser known heroes. I think it mostly comes down to Bruce Tim’s desire to do it. Also, I think Andrea Romano may be semi-retired at this point. She hasn’t done the voice direction for the last few DC Animated movies. I know she’s working on an autobiography. She said so when she did her last interview with @DCDaily

I blame the parents. There would probably be a much larger, and hopefully more active fanbase, if more parents sat down and just watched cartoons with their kids

I miss jl unlimited i want another season but has to be good like the old ones. I dont want no political b.s. agendas ruining it

the animation is one of its defining factors I think. It’s a recognizable style that people love.

I just finished watching Justice League Action, which, despite being geared toward a younger audience, still had some great episodes and many excellent bits of writing and characterization. It’s a good companion piece that can help quench the desire for more JL unlimited episodes.

JL unlimited was an amazingly good show, but the economics of it didn’t quite work out for Cartoon Network on which the series aired at the time. Part of which may have been due to the show not selling enough toys at the time, the marketing of which I had heard was necessary to help fund the show.

I understand how you feel, but I also feel like there’s something to be said for going out on a high note. That final scene from Destoyer was an awesome scene, and a good place to end it.

I was about to say just this. Just because something is good doesnt mean it needs to keep going. The animated universe from that era was very strong and I enjoyed all of it, but i dont need any more. A good show doesn’t have to be 8 seasons long or whateber. The people behind each show told the stories they wished to tell and that was wnough. Begging them to squeeze out more doesnt do anything. Let’s let new artists get a chance to use these characters in their own way. Maybe not all of them turn out good, but its better than seeing the same thing over and over again. A new movie or comic reboot like they’ve been doing is more than enough for me.

I agree completely. My niece and I have watched every episode of “DC Superhero Girls” together.