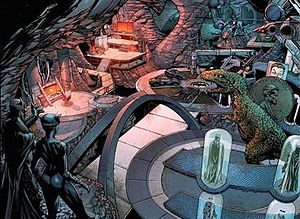 This past Wednesday part 2 of Tynion’s first story arc came out and it looks like we’re about to go for a ride around Gotham with the Dark Knight as he hunts down 5 highly skilled assassins and figure out what villainous scheme is at play to hinder Gothams Wayne Rebuild project. The Riddler looks rough, to say the least. Catwoman looks fantastic. Bruce and Lucius might need to beef up there security measures at The Black Block. Cheshire is awesome as always and it looks like we got ourselves a batLuge! 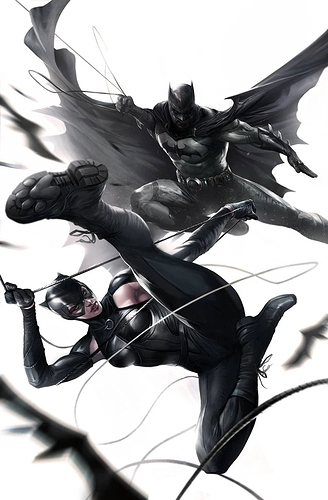 How are y’all feeling about this second issue, did you like it, and are you excited for the story arc? Who do you think hired the assassins and attempting to muddy up Bruce’s plans for a new Gotham? Is it one person or perhaps an group or organization? But most importantly do you think Cheshire will be ok after getting smacked by Optimus Prime!?
Plus are y’all reading Batman Curse of the White Knight? It’s Amazing! Part 6 just came out and delivered another Bombshell about the Wayne Legacy!

Do you think its one Mastermind behind all of this or a group?

Will Cheshire be OK?

I was liking this story well enough with the first issue, but now that Guillem March is on the book, it’s on a whole other level. Dude GETS the Action-Horror aesthetic that Tynion is going for and just amps it all up. Riddler and Penguin look TERRIFYING and the man is just born to draw Catwoman.

@Jay_Kay Yeah March is great! Also just finished part 6 of Curse of the White Knight and holly crap every issue has been crazy with a gut punch and bombshell dropped! The revelation in this latest one was insane!

Yeah, I did not see that happen either, and yet it makes a whole lot of sense. What else could have been in that old Arkham well that would have mattered to our cast?

yeah good point. That was such a huge one though. Classic drama quality writing. I just didn’t see it coming. I am kinda hoping Harley and Batman get together actually. I would love to just get a few issues focusing on the old Gotham part of the story. Ever since Court of Owls and Death of the Family I have wanted a Gotham time piece. It would be really cool to see the origins of Gotham with a focus on the Rise of the Court being told by different Talons through the ages.

I am kinda hoping Harley and Batman get together actually.

I would have NEVER thought that pairing could ever work, but damn if they don’t work here! One of the many reasons why I love this world – it’s crazy different in many ways, but close enough that it feels like it could be the world we’ve been reading.

I would love to just get a few issues focusing on the old Gotham part of the story.

Two stories come to mind for that, the “Dark Night, Dark City” arc by Peter Milligan, and Batman: Gates of Gotham by Scott Snyder and Kyle Higgins. Also, All-Star Western by Jimmy Palmiotti and Justin Grey is heavily focused on Gotham during Jonah Hex’s time period and he actually partners with Armadeus Arkham for a bulk of it.