Hello and welcome to the latest edition of the World of Bats, the Batman Book Club! This week we’re continuing our look at the greater Batman Family by going through a book that heavily features the Batman Family as a team book. We’ll be covering Detective Comics #934-940, “The Rise of the Batmen,” written by James Tynion IV and drawn by Eddy Barrows, Alvaro Martinez, and Al Barrionuevo. 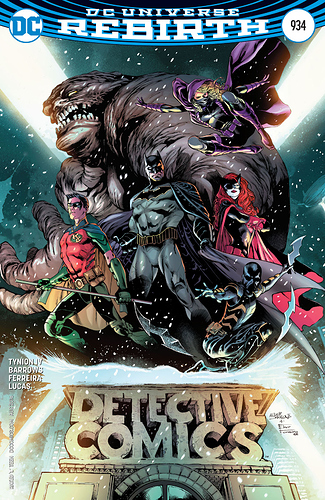 To defeat an army, the Dark Knight must form his own!

The shadow of the Bat has fallen on Gotham City. But Batman is not the one casting it.

An elite fighting force mimicking the Dark Knight has invaded the streets of Gotham. Their equipment, tech, and tactics are based on Batman’s, but they’re far more sophisticated than anything he’s ever seen. While the army’s motives remain a mystery, its targets are clear: these Batmen are gunning for Gotham’s vigilantes.

The Dark Knight knows he can’t face this foe alone, and neither can the city’s other crime-fighters, so with Batwoman as his general, he’s organizing the next generation of Gotham’s heroes into an army.

Tim Drake, a.k.a. Red Robin, Stephanie Brown, a.k.a. Spoiler, Cassandra Cain, a.k.a. the Orphan. And reformed criminal Basil Karlo, a.k.a. Clayface. These are the shock troops in Batman and Batwoman’s war. When they finally see the face of their true enemy, will they stand together…or fall apart?

This is a fantastic storyline. I hate that DC abandoned the “Bat Family team book” idea so quickly.

Do you hope to keep reading through this series in the same way that you’re doing with Tom King’s Batman?

I’m with you – a Bat-Family team-up book is something I’ve been wanting to see for YEARS.

I’m thinking I will, among other runs and minis and such.

That was totally awesome. Picked it up and couldn’t put it down.
Tooth bombs! Love it. 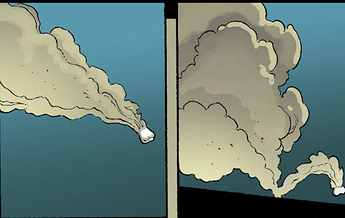 I think W.E. needs to invest in fashion- particularly accessories. So roomie, yet so compact and slim. Sure to maintain the silhouette of any outfit, day or night. 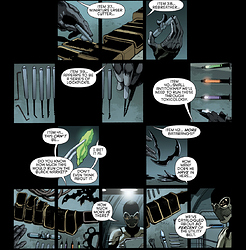 image1125×1141 847 KB
I’ve always had a soft spot for Clayface. Someone who can create someone as lovable as Annie (another great Tim story from BTAS) can’t be all bad. Adding him to the team was primo. His comic relief was so sweet and pure, you have to feel some affection for him.