World of Wonder will be returning with the Darkseid War next week. This week however, we shall be celebrating the holiday season. We’ll be diving into SENSATION COMICS (1942-) #38 as well as the anthology book DC REBIRTH HOLIDAY SPECIAL (2016-) #1. I hope you’re all having a wonderful season of giving! 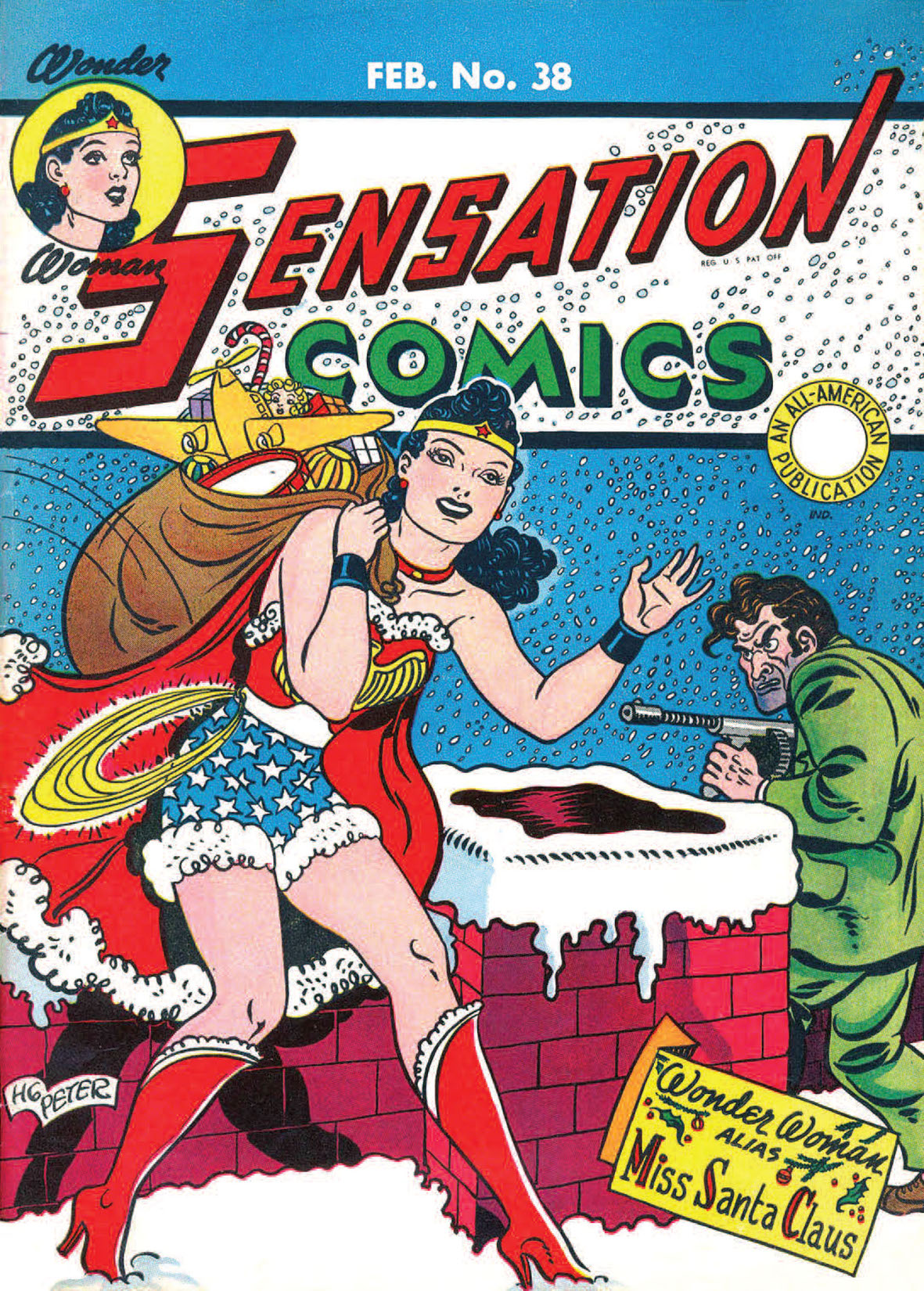 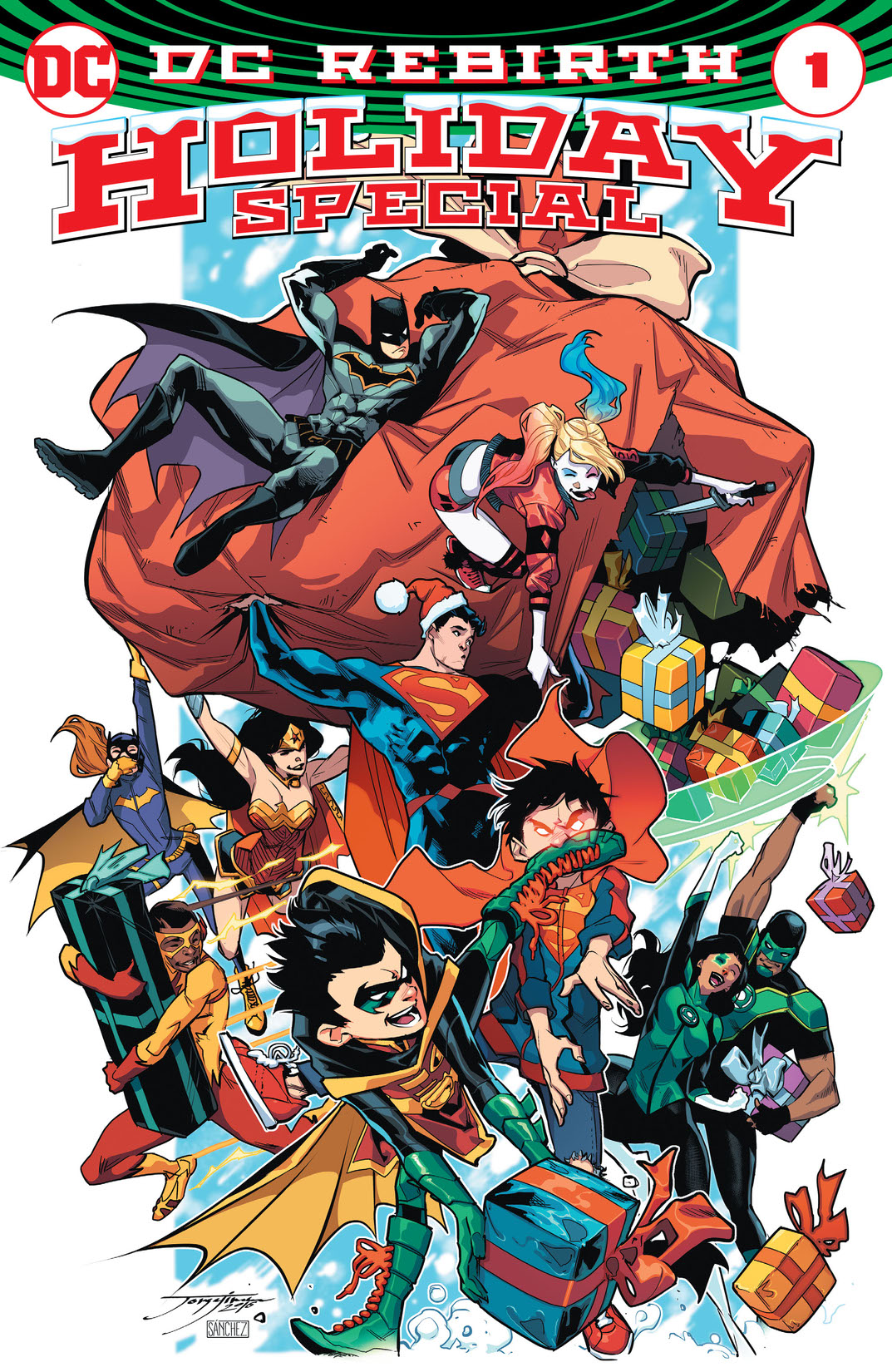 Are you all done with your Christmas shopping?

Do you have New Year’s Resolutions planned out?

Will you be catching up on the Darkseid War before we come back to it next week?

sees there’s another week of World of Wonder

I enjoyed the classic Wondy story, even if it’s a bit odd seeing Diana promoting and participating in a Christian holiday instead of an ancient Greek one. The other stories were fun, too, from Gay Ghost to Wildcat. Where are the new adventures of the Blue Boys, DC?

Christmas does have roots to pagan beliefs, so I can see Diana “getting” it. She’s all about love, happiness, sisterhood (family), giving back, etc., which are traits of the holiday.

Picked up Rebirth Holiday Special at the comic shop a few weeks ago, now all I’ve got to do is read Sensation!

Glad to have you join us this week

Golden Age Wondy stories can be a bit weird compared to Bats and Superman, but this Christmas story plays it pretty straight. They certainly don’t pull punches with her strength as she throws her plane in the air to get it going. That’s when I noticed she has added fur trim to Santa Claus up her uniform. 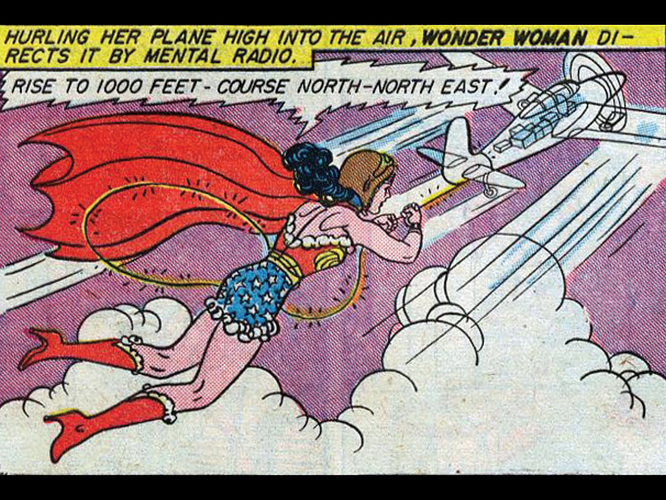 image2048×1536 2.01 MB
They also don’t pull punches depicting domestic violence. But then you get that Wonder Woman gets tied up and put in what I’ll just call unusual positions. 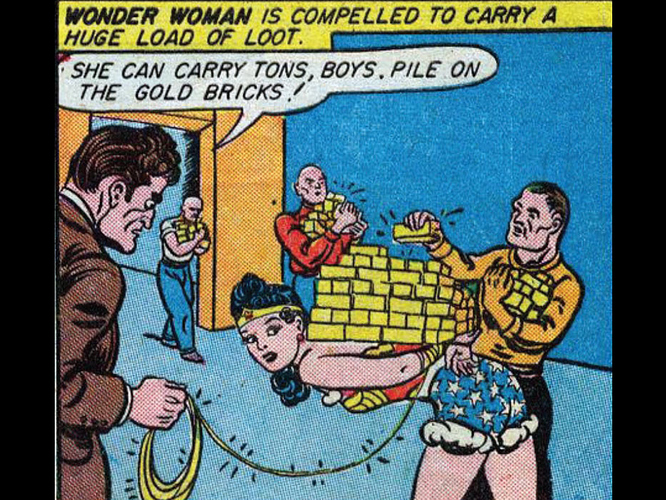 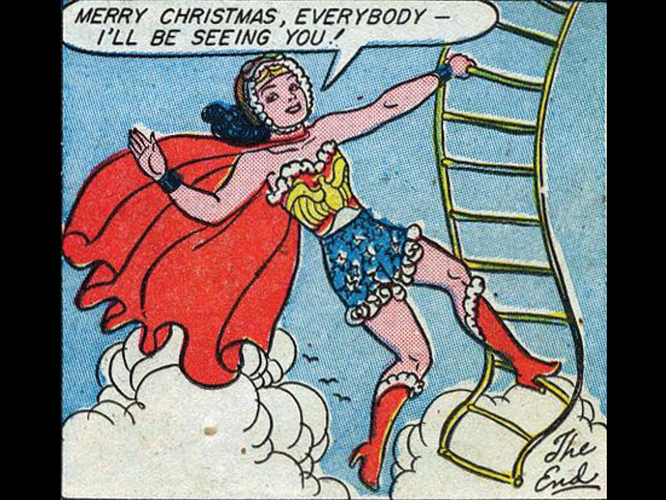 Yeah… I’d have to agree

I really like that they added the little fluffy trim on her suit to give it the Santa effect. The whole time I was impressed with how they showcased her strength.

I actually was surprised with the subject matter they were covering in this issue. They tackled it head on and didn’t shy away from it. It showed how the children and the mother felt and what they had to deal with. If a Christmas story was done today, set in the same time period as this story, no way would it be like this. It would be told through a romanticized lens of the past.

But then you get that Wonder Woman gets tied up and put in what I’ll just call unusual positions.

Yeah… At least she was able to use said unusual position to block all of the falling gold bricks from killing Pete and his sister?

Merry Christmas! I love that image. I also saved it

I haven’t read the backups yet, but I only just learned about Gay Ghost from another post someone made in the Community boards

In the Rebirth Holiday book, I liked the Wonder Woman/Constantine story but thought Diana’s bit in the framing story was he highlight. Her gleeful memories of Paradise Island’s slightly disturbing Solstice traditions was hilarious. 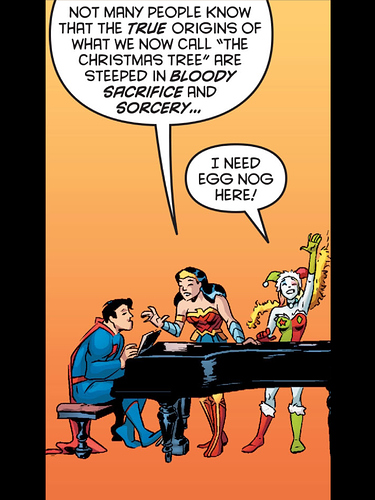 I really enjoyed the art in that part of the book. It’s also funny how Supes who has all of the super strength in the world is playing the piano which requires a softer touch. I just always remember Smallville where Clark was breaking everything

Really liked this issue of Sensation.

I feel like this era of WW gets a bum rap because of the bondage stuff, but while I think it’s fair to say that while there’s a bit of Marston’s own kinks in there, I like that in this story it really doesn’t diminish Diana. 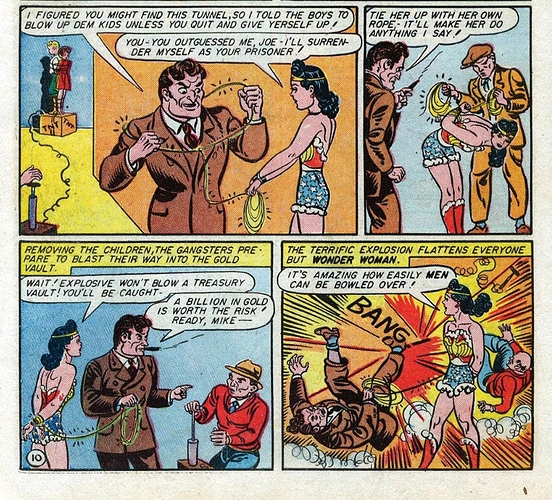 Sure she’s tied up, but she’s far from helpless, and she won’t be for long. 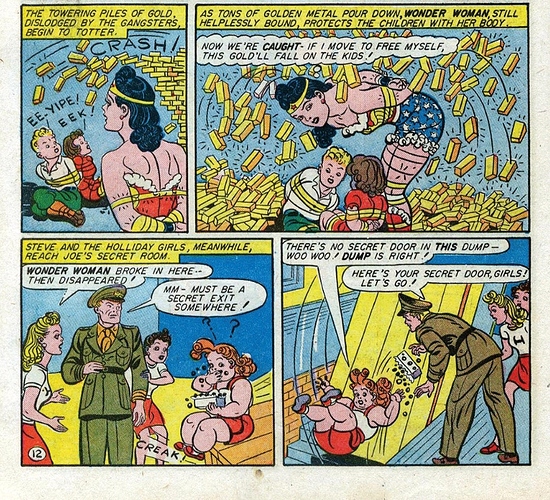 Also, Golden Age fat shaming, or a weakness turned into a strength? Your call.

I actually really like this idea of how we interpret Santa and Christmas as we know it. It feels true to Diana and i think it fits with how these symbols, be they Gods or fictional characters, can guide us. 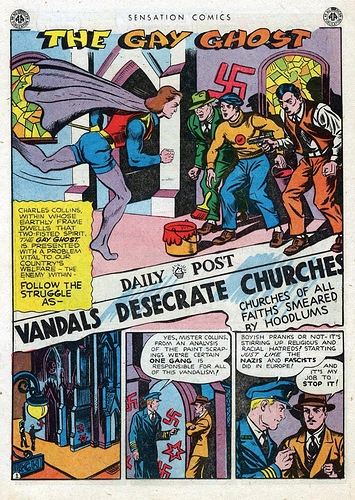 Funny name aside, there is a pretty interesting story in there. 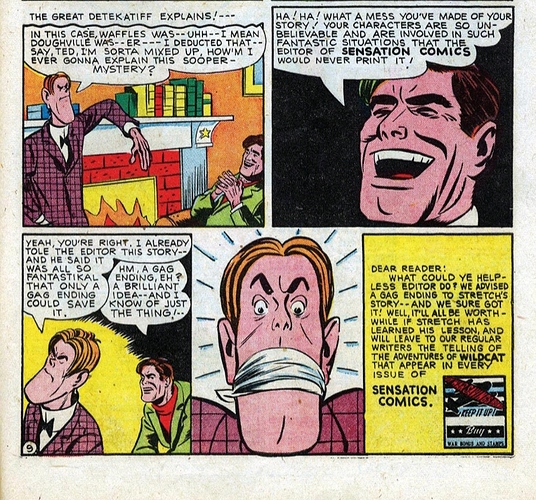 Hey look, here’s a character that Conan O’Brian can play!

I love how Etta Candy kicks serious butt in the Golden Age. It’s as if the comics dare you to fat shame her and then prove that she doesn’t need your approval.

Oh, I cannot stand Etta Candy in the Golden Age. She’s chubby so she stuffs candy in her face, has it all over her face, all the time. Ugh. I do think it speaks volumes about what a great character Wonder Woman is that she thrived over the years despite the issues with her early depiction.

I agree, that Golden Age Wonder Woman comics aren’t as bad as everyone claims. They’re actually pretty great in a lot of regards.

I honestly don’t know what to make of Etta. I can’t tell who that character is. She’s changed so much through the ages. I do like how she leads her band of women and that she’s popular in a sorority and is capable enough to be on missions with Diana and Steve.

I love how Diana basically says Santa isn’t real in the sense that everyone thinks, but that he is real because the ideal takes shape in loving people everywhere. That’s actually pretty neat, IMO.

BTW, I noticed your pics don’t have the filter on them anymore

The filter thing is probably because I was reading it in the daytime – I have an app on all my stuff that dims blue light during the night-time. I guess it still shows when I do a snapshot like that.

I need to read more Golden Age Wondy because I’m torn between agreeing with either @AlexanderKnox or @msgtv on Etta Candy.

@Jay_Kay Ohhh, that makes sense. Blue light keeps people up at night right? Do you find you enjoy the art more or less like that?