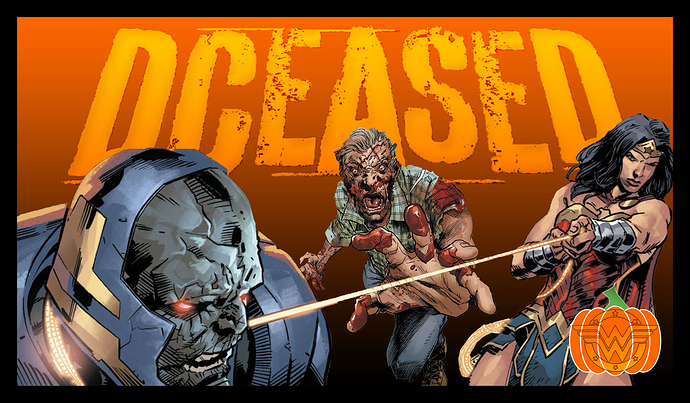 The heroes of the DCU are caught completely unprepared for a pandemic of this magnitude and struggle to save their loved ones first…but what happens to the World’s Greatest Heroes if the world ends?

Are you a fan of zombie stories?

If so, which are some of your favorites?

You’re just trying to scare me this week!

Who doesn’t love a good scare?

Honestly, I’m half and half on zombie stories. They can be overdone (looking at you Marvel) and by now I need the story to tell me something new. Taylor was pretty much A+ on Injustice so guessing I love this too. 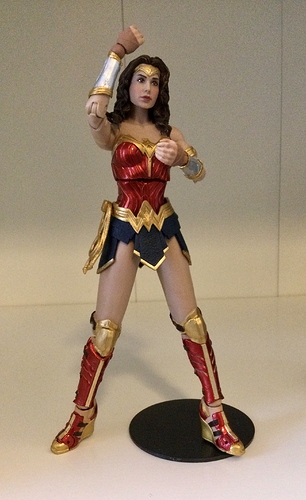 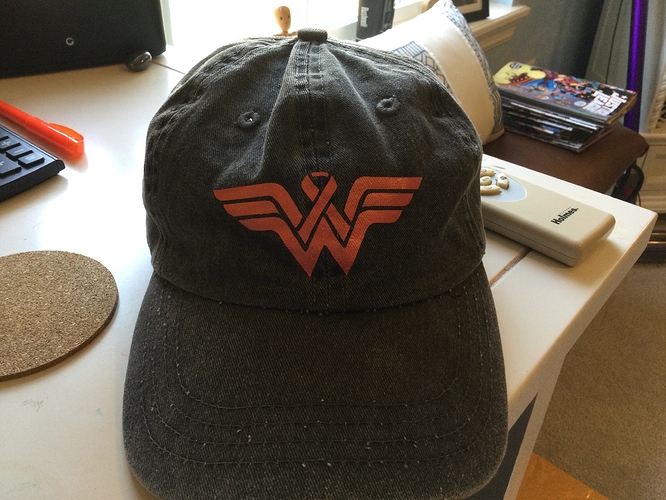 Well no cool screen shots with semi-witty remarks for that series. Holy smokes. That series is propulsive, just drives you through the story onto the next issue. Said I was iffy on zombie stories and that I needed something different for me to want to dive in. Also, said I trusted Taylor. Well, he repaid that trust. While it’s always a little discomforting to see your heroes evil or zombies, you can’t take your eyes of this one. One of the things I enjoyed about Injustice, and it’s true here too, is that with his own universe to play with Taylor just goes for it. That dude’s you’re favorite, well too bad he’s dead. The bonds of friendship, gone kill that zombie. And no happy talk about sticking together and reversing this. It’s about surviving it.
As for what I would fear about a zombie apocalypse? First, the zombies. Then I would fear for others. I can take care of myself, and if I can’t there’s going to be a pile of zombies that aren’t shambling around anymore. But, when you’ve got others you need to take care that complicates things.

Thanks for getting me off my duff to read this one further – started on the first issue when it released, just hadn’t gone to the others. Definitely going to keep reading as the issues come out – if it keeps this quality, I’ll pick up that snazzy hardcover too!

That’s a hard one, because one of the things that make zombies so horrifying is that anyone, even those you love can turn. Seeing beloved characters like Batman and his family, and Pa Kent were hard to read – amazing writing, but such a gut punch.

Oh! Oh! I got one! I liked seeing Joker as a zombie, and not only that, seeing Harley Quinn really get to have the final word on their relationship. 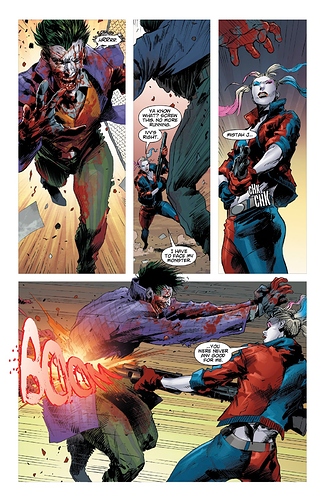 Well, for one thing, if it’s the fast-running zombies I’m boned because cardio isn’t really my strong suit.

Seriously, while I know stories like The Walking Dead has kind of made it cliche’, the thing I would probably worry most about is how society would devolve after such a thing.

Like what @msgtv said, with Taylor writing, it’s granted that the world he’s creating will push and tear at characters in ways you won’t expect, but will feel true to their core. 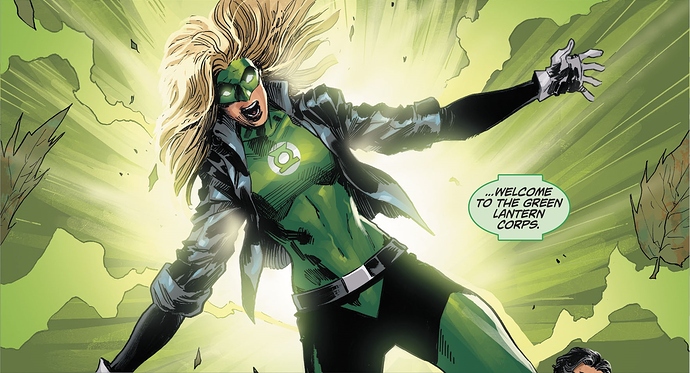 I loved that Dinah got the ring. It makes perfect sense, and gut punches, Alfred walking away from his boys and Wayne Manor. That was tough.

Did you like any of the zombified versions of the DC characters?
I like how this zombie apocalypse is very DC oriented, by corrupting the anti-life equation

What would you most fear out of a zombie apocalypse?
Surviving the original wave and having to continue in the post-apocalypse world.

What are you liking about where this story is going?
I am looking forward to seeing what heroes and villains have survived and how they work together. Even though this is not a continuing walking DC dead story