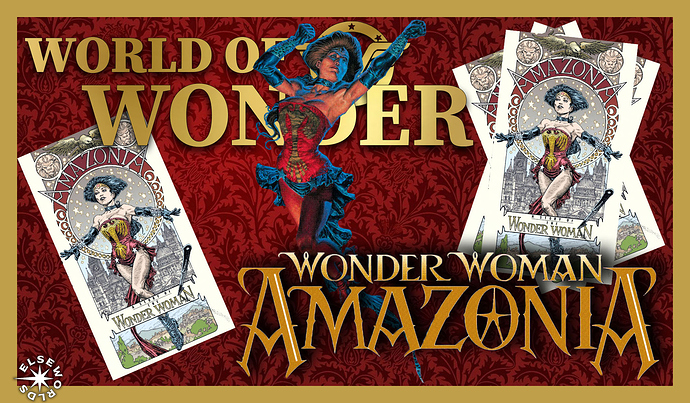 World of Wonder is taking a trip to the Victorian Era! Can Wonder Woman overcome the oppressive reign of King Jack? Join us as we explore this Elseworlds tale. 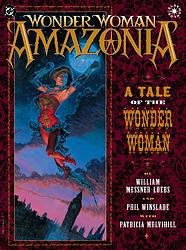 Do you prefer alternate timeline/universe stories set in

Nice! I got this one digitally a while back on sale (way back in the before times), thought it was an interesting story back then. Looking forward to revisiting it.

I was tempted to buy it, but then for some reason never did. I’m excited to visit it for the first time.

I’m totally into this based on the cover alone.

It definitely grabs your attention right off the bat with that cover.

This was an incredible book and I never want to read it again.
First, you have to talk about the art. Most of the book looks very similar to newspaper illustrations from the 1800s. This was a popular London paper that leaned heavily into illustrations and the shocking news of the day. 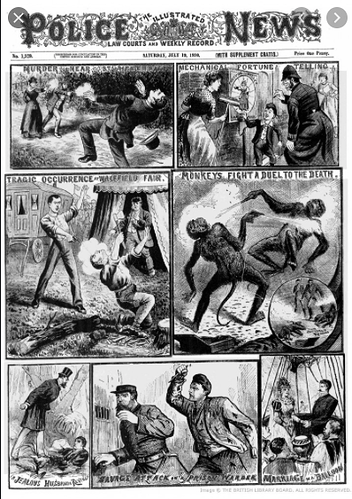 While the later scenes on Paradise Island use more white negative space, they and the London scenes all look like these newspaper illustrations. 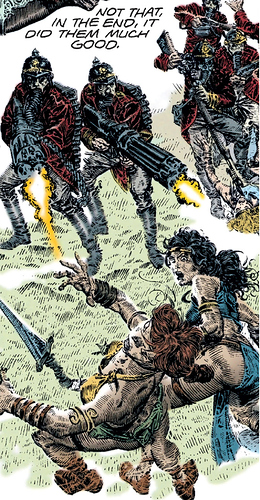 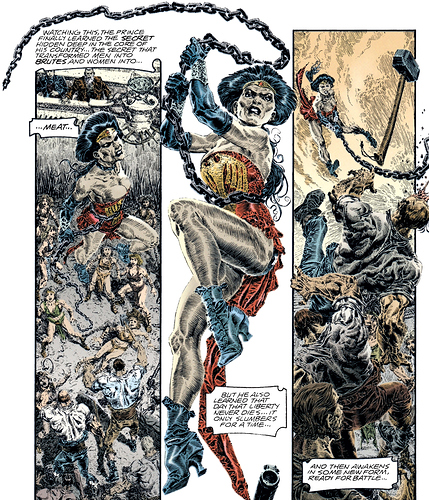 The flashbacks to pre-invasion Paradise Island remind me of French posters from the 1800s. These posters are actually advertising but were so striking people began to take them, and are still buying reproductions today. 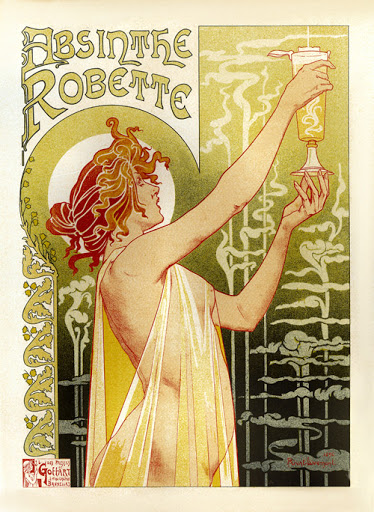 Now the story itself. Exciting and depressing at the same time. Just never got comfortable with Steve Trevor being a bad guy. Almost thought we were going to get some redemption there, but no.
As for Jack. Of course, we knew who it was but still the scope of his evil was stunning.
Now, for our girl. As always, the Wonder in Wonder Woman shines through. Those couple of small panels with her talking to the seemingly comatose Edward (King in the real world who gives us the phrase Edwardian Era) was a little bright spot. A nice cheer at the end with WW’s win.
I know weird things bug me, and this is an alternate world. But there’s a reference to the British Labor Party. It wasn’t founded until 1900 making this an historical anachronism.

What do think of the choice to tell a Wonder Woman story during the Victorian Era?
I’m not sure how oppressive said era was for women, but the physical wearing of chains was an interesting way of exploring the issue. And with hope renewed, there was the breaking of chains.

How do you feel about the art and the atmosphere is creates?
I liked the change of art when Diana was telling her kids the story of 'Kera. I am not a huge fan of this style, but it adds to the setting of the story.

It really plays with the alternate history far more than I remember it doing when I first picked this up. Like, there were plenty of times where I was confused as to what was going on, but it’s all eventually explained.

One of the big things it did was making who is extremely hinted to be but not explicitly said Jack the Ripper into the King of England and exploring what kind of horrific misogynistic nightmare that could be. That was very interesting and an appropriate villain for this take on Wonder Woman.

(As an aside, what’s funny about this is that with Multiversity, Morrison puts this story on Earth 19 with the Gotham by Gaslight Batman, who ALSO confronted Jack the Ripper.)

Victorian era is definitely an interesting place to take Wonder Woman, because it’s one of those eras that was typically not great for women overall, but was where women’s rights movements started to make their stride. I think some of the misogyny was ramped up to almost cartoonish levels at times, but considering, like I said, the villain of this is King Jack the Ripper, I guess that can be understandable. I kind of wish that Steve didn’t dive into that madness, maybe had more of a redemption arc, but I guess this was a time when Steve wasn’t really considered all that important.

I think @msgtv nailed it with what the art was evoking and what they were accomplishing with it. I will say that it looked great in places, but I think with the printing process or the size of the pages, it sometimes felt hard to read/understand what was going on. There were a few points where even on my tablet, I had to go into panel view just to figure out what was on the panel.

I haven’t read much solo Wonder Woman, or elseworld issues for the matter, which why I was excited to join this group.
I liked how the art mirrored the historical settings; but I only appreciated it as a one off. [quote=“msgtv, post:8, topic:1441920”]
This was an incredible book and I never want to read it again.
[/quote]

For me, the highlight was when all the women found their own wonder and broke their chains. 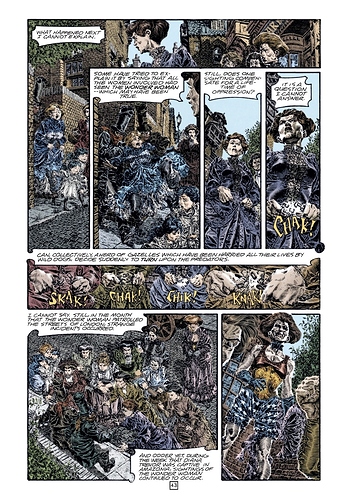 image1083×1493 932 KB
I recently had a conversation with a writer, who asked me why people feel more inspired by true stories, than fictional ones. I think those panels kind of express that. They saw WW, they knew what was possible, and they let it fuel them to do their own great acts.
Looking forward to some more great WW tales.
1 Like
msgtv November 20, 2020, 7:46pm #12

Welcome to the World of Wonder, it’s a great club and @nu52 gives us a great mix of stories