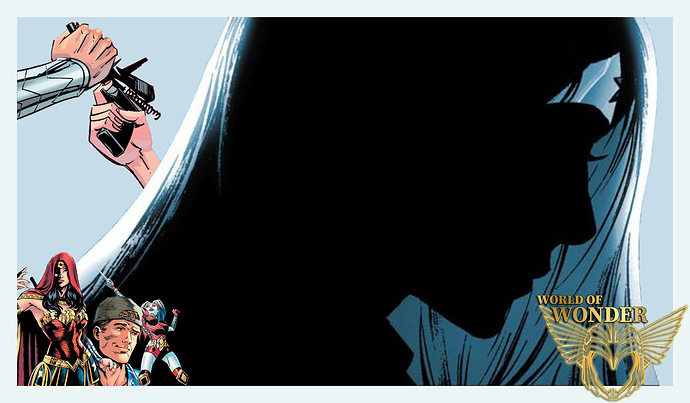 World of Wonder is delving into the Digital First series - Wonder Woman: Agent of Peace! We will be reading the first three issues. I hope you can join us and let us know what you think about this series in the comments below. 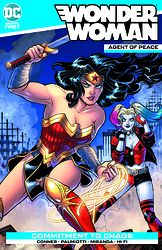 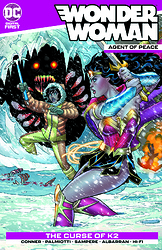 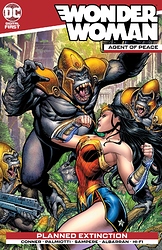 to get a cool flair

Nice! I’ve read a bunch of these before – I was picking them up when they were coming out when comics releases were at a standstill. Looking forward to rereading these.

What do you think about these Digital First comics?
These were a very fun read. I also like that each issue is a self contained story. You don’t need much back story when getting started and a tidy conclusion by the book’s end.

Have you read any of the other Digital First comics on DCUi?
I believe this is the first.

Which was your favorite issue and why?
This is actually a tough one. There were a lot of great panels in all three. Diana and Gorilla City team ups have always delivered for me. A new development that I like seeing is the Diana and Lois team up. The Harley team up is a delicate balance of action and wonder fangirl and may be its own category. because it’s Harley.

For the proverbial arm twist, I am going to pick issue 2 as my official favorite pick.

image1455×709 628 KB
A few things:
The only names i recognize are in the bubble after Diana’s “Please. Stop.”
I am taking the beaver’s lechery as a sort of unity with the beasts moment.
The rooster opposite and the dog on the bed notwithstanding. 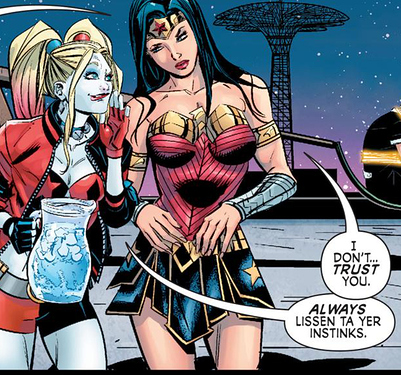 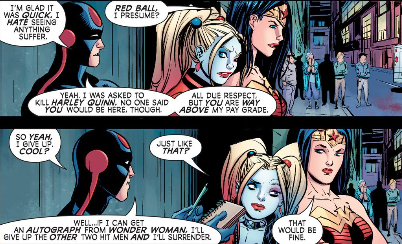 I have been enjoying this series and am fully caught up until tomorrow when a new issue drops on DCU. Considering most of these are reprint stories that can be originally found in the Walmart Giants, I have had a lot of fun with these books. One thing that stands out is that they often feel like stories that could have worked in the early 90s or late 80s with a modern spin.

Having Harley Quinn in the first issue was great and you can tell Amanda Conner and Jimmy Palmiotti were at home with her. Granted, this isn’t the first time they have written Wonder Woman stories everything seemed to fit in place perfectly.

I’ve been enjoying them. They’re easy to consume as it doesn’t really require you know too much of each character.

That’s one of the things I most enjoy about these Digital First comics. I really like reading an issue and getting a complete story in that issue. I don’t enjoy the current form of every comics giving out one chapter to a trade per month.

Diana and Gorilla City team ups have always delivered for me.

They really mesh well together. I was between issue 2 and 3. I think I would have to go with issue three because we got some Wonder Woman in space smashing the asteroid and getting one over on the creature. The art was so good in issues 2 and 3 though.

I am taking the beaver’s lechery as a sort of unity with the beasts moment.

I think that’s just a Harley Quinn character that she hears in her head. I’m not totally sure, but it’s a stuffed animal I believe.

The villain asking for the autograph was priceless. I like those types of villains. He would fit in with the Central City crew.

I didn’t know that! I knew the Come Back to Me series was from the Walmart Giants, but not these ones. That’s cool.

These are great fun. I agree that they feel like updated/modern twists on classics. That’s one of the aspects I enjoy the most from these titles.

I don’t think I’ve read any of the Conner/Palmiotti Harley yet. It’s definitely a very different take to what I’m used to seeing with that character.

I think that’s just a Harley Quinn character that she hears in her head. I’m not totally sure, but it’s a stuffed animal I believe.

That I didn’t know. A little bit of a let down, but the lechery still stands

So it’s that proverbial euphemism…

From the third issue

I found this touch to be rather revealing

The way they spoke of Diana was touching. Also, I liked how they didn’t blast the alien to smithereens until Wonder Woman was clear. They could have not cared and blasted the alien while it was holding Wonder Woman with its tail, but they waited until she was at a safe distance.

Somehow, I missed this last week. But also wanted to bring a little of History Club to World of Wonder. It was DC board games last week and among all the other great stuff found three Wonder Woman games.

In Target today doing a little shopping and saw this Wonder Woman board game. Looks amazing. 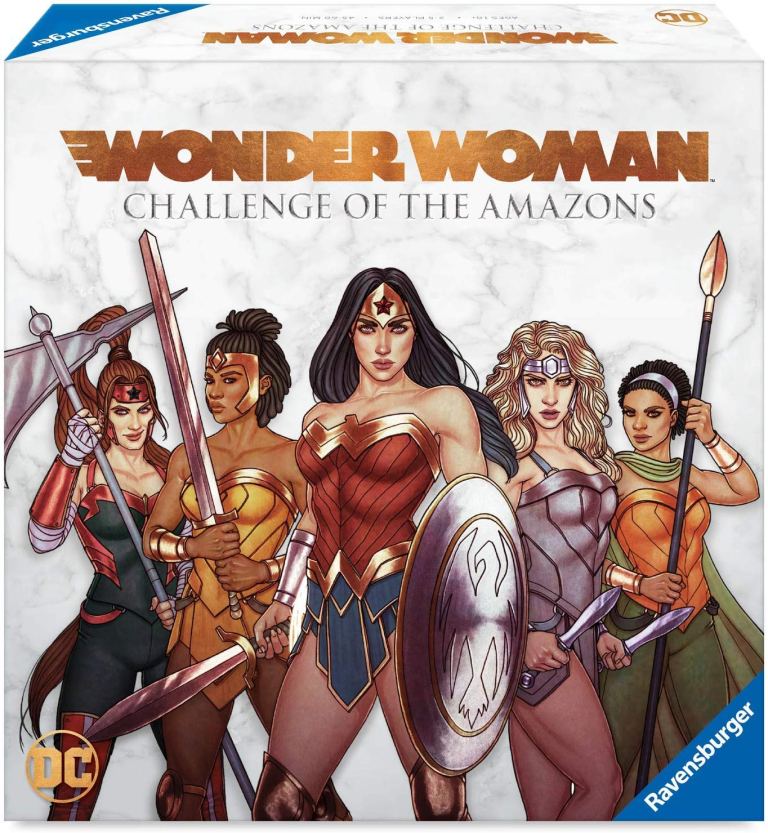 The game board is well-crafted, with design playing homage to classic Wonder Woman comics. The game was designed by Prospero Hall, a collaborative game design studio based in Seattle, who are known for The Home Alone Game , Funkoverse , and Kero . The cover art of the game is by comic book artist Jenny Frison, who has created a number of covers for Wonder Woman comics 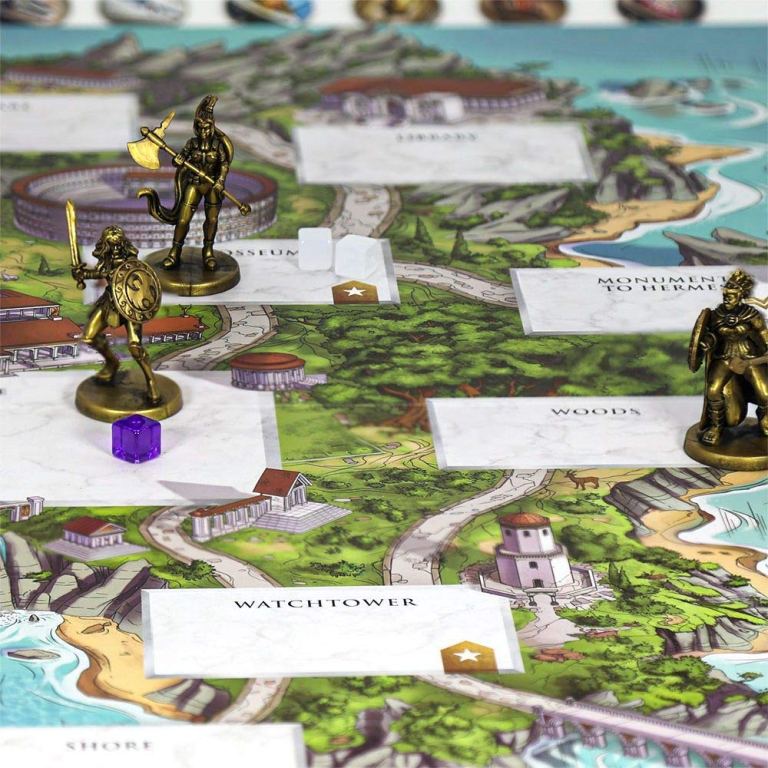 The game includes five miniatures of Diana, Philippus, Mala, Nu’bia and Artemis as well as three well-known foes: Ares, Circe, and The Cheetah. 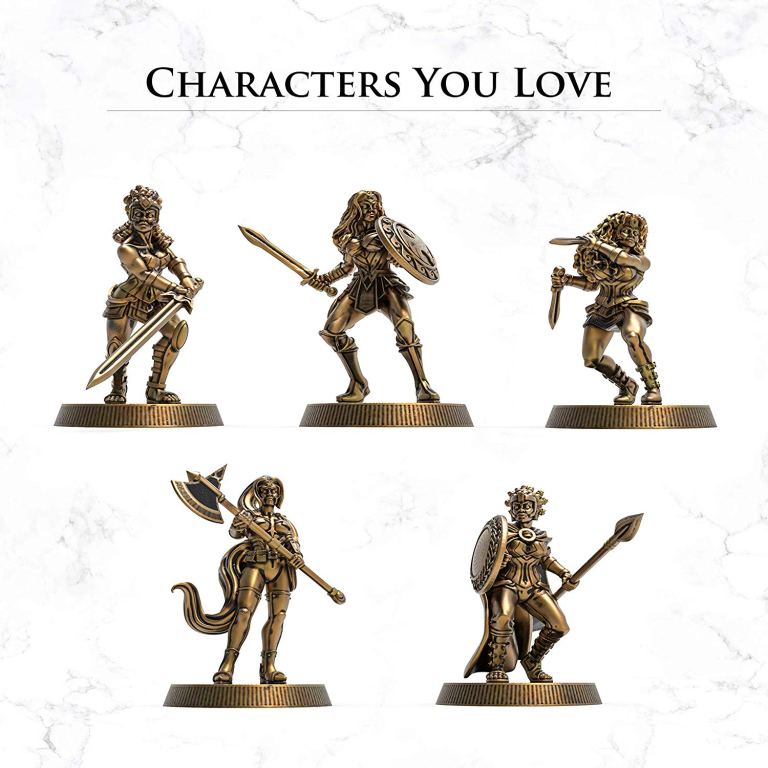 Ravensburger’s ‘Wonder Woman : Challenge of the Amazons’ Strategy Board Game…

We are gearing up for the release of Wonder Woman 1984 in the next few months! To keep us entertained while we wait, Ravensburger (famous for their puzzles) is releasing a new board game titled Won…

A game out during Lynda’s show

The Wonder Woman Game from 1978, looks a little more complex and playable. 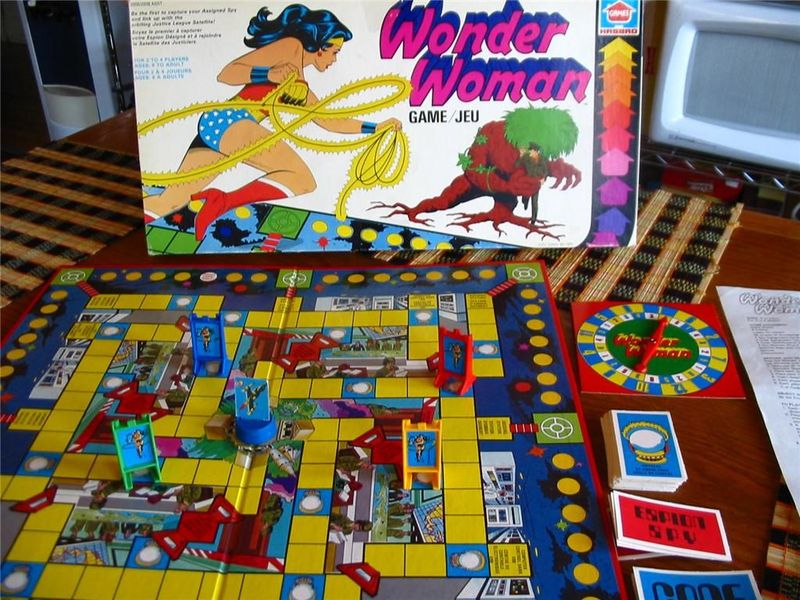 From the Box: “Be the first to capture your assigned spy and link up with the orbiting Justice League Satellite!”
According to more from Board Game Geek, every player is a Wonder Woman and when two Wonder Women land on the same space, they fight. 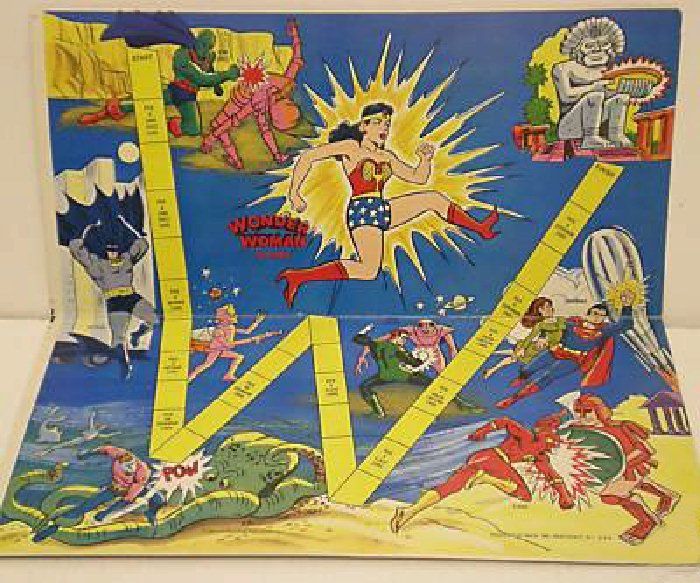 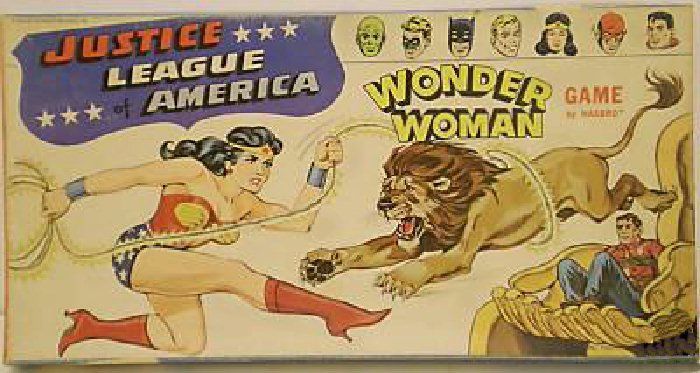 I’ve seen the newest one with the Amazons, but didn’t know about the other two. They look like they could be fun.

Of course, that new one looks incredible. I like the look of the '78 game, I just find it funny that if two Wonder Women land on the same spot they have to fight. I think Wondy would see herself and try to talk it out.