Come Back for the Conclusion 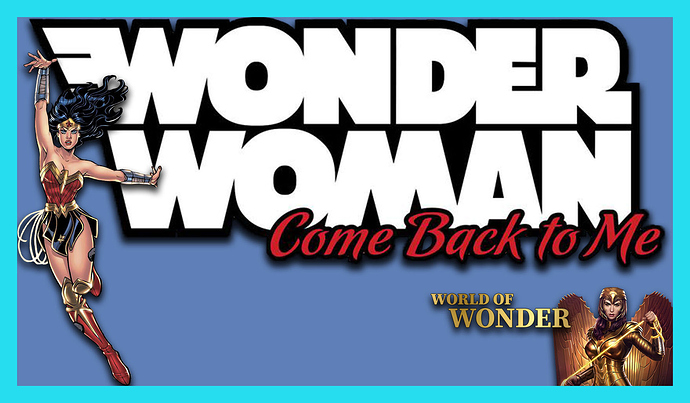 World of Wonder is finishing up Wonder Woman: Come Back to Me this week. We will be reading and discussing the conclusion to this story arc… What will Diana and the rest of the team do to get back to Earth?

What to read: WONDER WOMAN: COME BACK TO ME #6 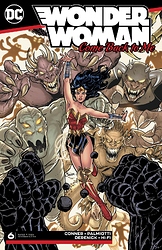 to get a cool flair

Looking forward to this, it’s been a very satisfying story thus far.

It really has. I wasn’t expecting it to be as solid as it has been pretty much the entire time.

It is no secret that I love Conner/Palmiotti as a creative team and this entire series is no different. This book took a lot of turns that I wasn’t expecting like the inclusion of Jonah Hex, maybe I should have considering this is a Palmiotti jam. Wonder Woman: Come Back to Me 6 featured the Light Lords which I personally liked and I would like to see more of them, which I doubt will happen. Princess Sibella is an interesting character. She is manipulative and selfish. However, she is still young enough to change and seek redemption.

I enjoyed this series as I have with all of the stories that originally appeared in the Walmart Giants. I think Batman: Universe was the weakest of these titles and that wasn’t a bad title. The way how Wonder Woman was portrayed in this book was what I think of when I think about Wonder Woman. I do have a question regarding Etta Candy. In Come Back To Me she was a black woman, is this across the board for current Wonder Woman books? I have been reading the 2006 series on and off and just picked up The War Years so I have a while before I get to the current stuff.

Did you buy the Walmart Giants when they were coming out? I could never find them.

Jonah Hex has gotta become a recurring character in Wonder Woman stories now. I liked seeing his interactions with Diana and her entourage.

The Light Lords reminded me of the Anti-Monitor in a way. I could see them having survived and still being out there. I wish they had been introduced earlier or hinted at earlier, because it did feel like they kind of came out of nowhere. They were cool though and had an interesting design.

Princess Sibella would be an interesting character to bring back. I would like to believe she can change, but the things she did were really bad. I could see her doing things she thinks are right, but still going about it the wrong way. How does she deal with her own people selling her out?

Etta Candy has been a black woman in continuity since 2011’s New 52 event. Since then she has shown up as a white character in books like Wonder Woman: Agent of Peace and The Legend of Wonder Woman. What I gather is those are in a different continuity to the main line of comics.

Did you buy the Walmart Giants when they were coming out? I could never find them.

I have a few of them when I could find them AND they were in good condition. I have been reading all of the titles that are reprints from those. Wonder Woman: Agent of Peace, Wonder Woman: Come Back to Me, Batman: Universe, Batman: Gotham Nights, Superman: Up In The Sky, Superman: Man of Tomorrow, Titans: Burning Rage, Swamp Thing: New Roots, Flash: Fastest Man Alive, Aquaman: Deep Dives. I am expecting to see a new Teen Titans, Ghosts, Harley Quinn, and Birds of Prey books appear as digital firsts within the next month or so.

Etta Candy has been a black woman in continuity since 2011’s New 52 event. Since then she has shown up as a white character in books like Wonder Woman: Agent of Peace and The Legend of Wonder Woman. What I gather is those are in a different continuity to the mainline of comics.

It is weird that Etta Candy is white in Agent of Peace considering it had the same writing team as Come Back to Me in the first few issues.

What did you think of the Light Lords?
The main thing that struck me is that they were a couple. In this case, on the hetero side, but my takeaway is more about ‘no matter what you are doing, it is always better together’.

Did you find Princess Sibella’s backstory/conclusion satisfactory?
I was very satisfied with Sibella’s backstory. In particular, how the Light Lords were her and her people’s adversary. I like that her choices were because she lacked better guidance. And that her redemption started after crossing paths with Diana.

What did you enjoy about this issue and the story as a whole?
This issue also had that ghost in the machine conclusion when they were returned, including Nate’s successful re-spawn. But on the whole, a very good romp. Diana in space definitely has its appeal, so I’m definitely not going to knock it. The WonderTrev is very fleshed out and that “Get a room!” panel was a nice touch.

The entire run of this story was extremely satisfying. Nothing brilliant to add that hasn’t been said above, Jonah, art, humor, hot green alien princesses who turn out to be bad but then maybe not irredeemable, Wondy punching and thinking her way out of jams.
We had picked up a few Walmart Giants, but when you can’t count on getting the book it discourages you from buying. I hope they worked to get some kids or impulse buyers to grab one and maybe get into the stories and characters.