Sorry for the double post, but I’m up to Episode 12 now and wanted to share some thoughts, bullet-point-style:

On the whole, YJ continues to deliver on almost every front, even with the writers having made some narrative decisions that I personally wouldn’t have.

@DigificWriter Im glad your enjoying the series! Nows a good time as ever to get caught up with the new season and all. I also really liked Kaldur, Megan, Superboy and Robin from the 1st season.

Because I’m enjoying the series, the negatives I’ve highlighted stick out like sore thumbs and I wish they didn’t exist for me to find.

It’s been a busy week and I haven’t had a chance to post my thoughts on Episodes 13-15 yet, so I wanted to do so now. Once again, I’m doing this bullet-point style:

I’m also going to throw in some thoughts on Episode 16, “Failsafe” as well:

For as deep into the season as I am now and for as “hot” as the show started, this stretch of episodes was far more disappointing than it ought to have been, with “Alpha Male” really being the only standout for me, so here’s hoping that the remaining 10 episodes can regain and sustain the momentum that was built in the first 12 epidodes.

Am I the only one that didn’t care for season 3? Hated the fact that they mostly focused on a handful of characters, where season 1 and 2 had more interaction with a lot more heros.

I watched the first 10 episodes of the 1st season. I really like these series. Action-packed and entertaining!

Just finished the 3rd season and I’m really regretting watching it its almost ruined the show for me. The first 2 seasons of YJ (young justice) were almost JLAU level good with minor issues here and there but this season they tried to set up kid flashes return to top the twist of last season and added filler for half he season. There was no need for 26 episodes this season I’m very disappointed in the writers they know better. Think of this season as batman vs superman a lot of good and a lot of setup with no payoff this film but maybe the next one? 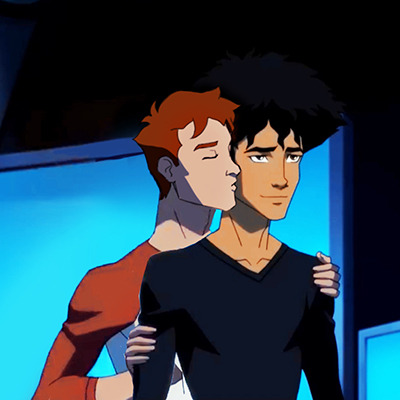 I know but making this season 26 episodes was a mistake they could have setup everything with less episodes and less filler it would have been better if done so.

In the first episode of season three, they mentioned that Black Lightning is brother-in-law to a Green Lantern. I haven’t read many comics and was wondering if that was true to the comics or something they made up for the show.

Currently watching the new season, and I’m loving it!! Felt so natural to watch everything happen 2 years later. I’m living for the idea of the team being a big family, not finished with the season yet but I’m loving it.

Glad you like it so far, you will not be disappointed moving forward, everything is amazing!

First time watching Young Justice this week and it rules. Season one. I didn’t know many of the characters going in (most on the team, heard of Robin of course ) and its just so engaging and fun. The main DC animated series i’ve seen was Batman the animated series so its just so cool to have so many available and view for first time.

I would say Aqualad is my favorite character in season 1 so far. Halfway done.

I’m wondering if this is the same universe as the other teen titans animated projects with Damian Wayne (Teen Titans v JL, Judas Contract,etc.) anyone know any updates on that universe?

YJ has is specifically its own Earth (Earth 16) and continuity.
One of the Easter egg hunts is to find the number of “16”s in every episode.

So I just got done finishing Season 3. I maybe in the minority here but I’m so over YJ. Overrated. It is the same story, in all three seasons. Mind control. I get it! I get the League need to be saved by the team every single season. Season 1 was the light. Season 2 was the Reach. Season 3 was Darkseid. I will said Season 3 suck and was the worst writing of all three seasons. There are thing I like about each seasons, and Season 3 but it so easy predictable. YJ remind me of the Arrowverse and had some of the same problems.

Worst is that the team is supposed to be covert but I don’t think anyone writing the show understand that work. I will said the League was shown in a better light than previous seasons but the Light as villains are "cartoonish.’ In the sense they are always seem ahead when the plot demand it. It would have been nice for Season 3 to flip the script but now it the same tired story, over and over again.

I hope season 4 is better but I’m not expecting anything. Why should I?